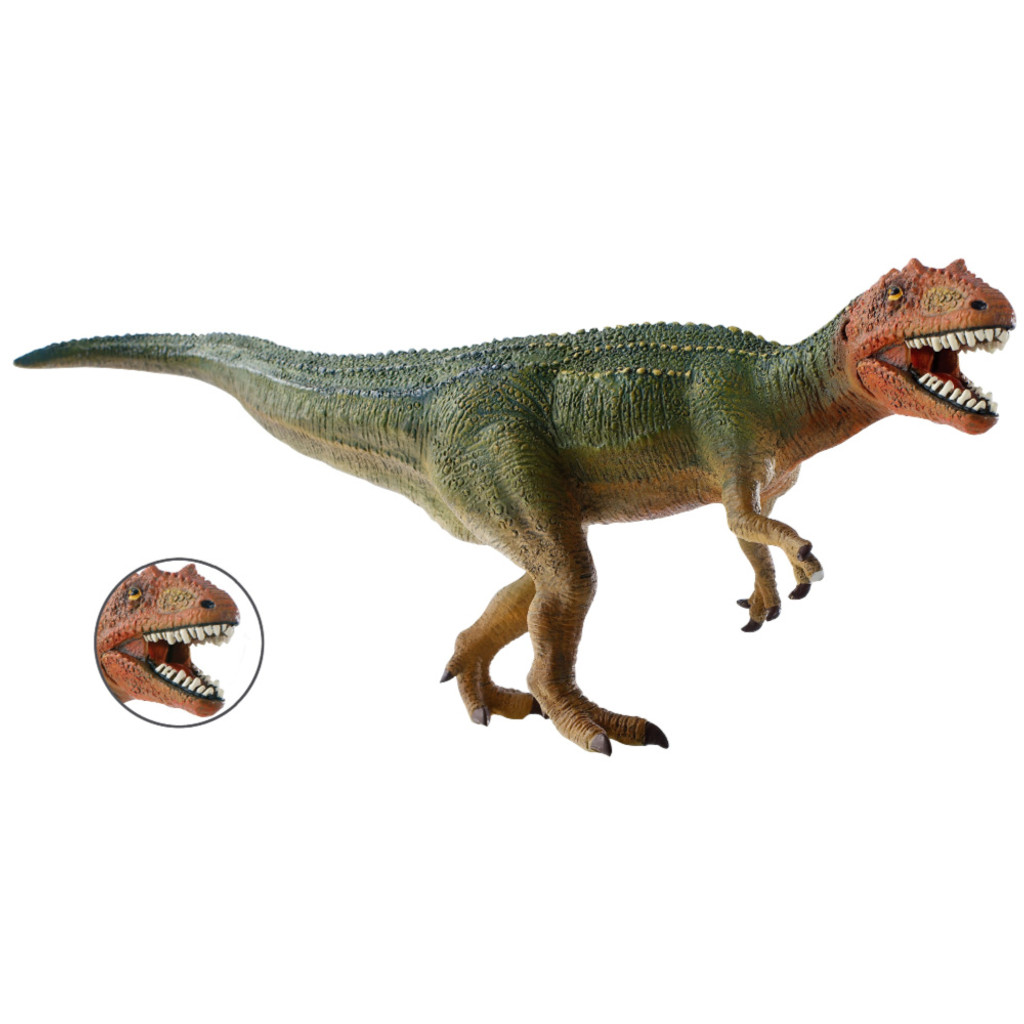 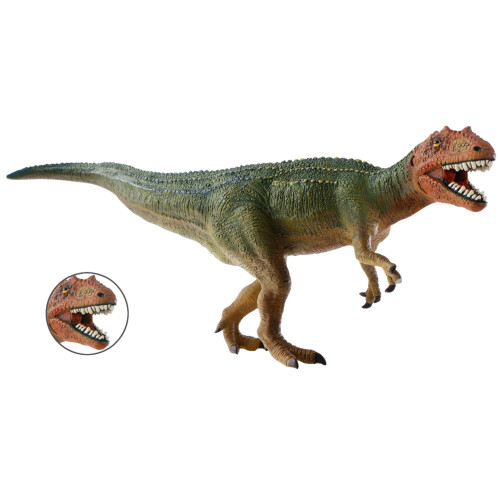 Giganotosaurus lived in Argentina. It was similar to Tyrannosaurus Rex, a bipedal carnivorous dinosaur. However, with a length of 13 m and a weight of 6-7 tons, Giganotosaurus was larger and heavier than Tyrannosaurus Rex. He also had long arms and three fingers on each hand. The skull was high and narrow and about 1.8 m long. Despite this, the brain size was small, probably no bigger than a banana. Researchers suspect that the area of the brain, responsible for the sense of smell, was particularly well developed. Furthermore, they believe that Giganotosaurus could run up to 14 metres per second. The name - Giganotosaurus - consists of the words gigas (giant), notos (south) and sauros (lizard). Giganotosaurus is therefore a giant lizard from the south.