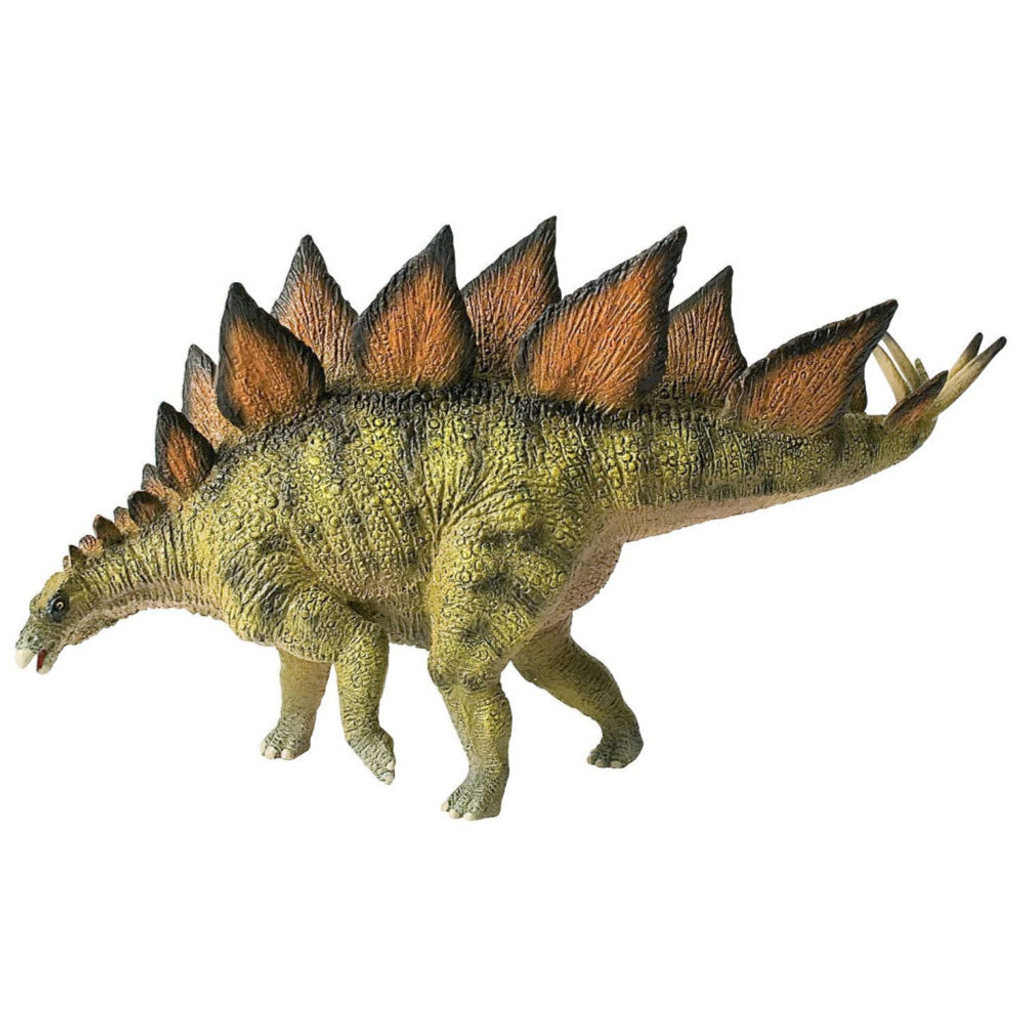 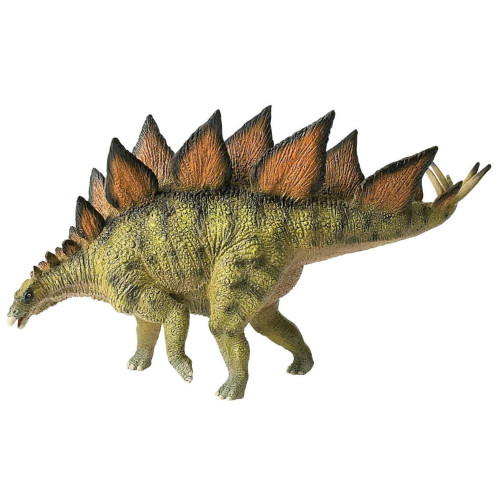 App: 22.5cms long The Stegosaurus is a genus of stegosaurid armored dinosaur. It lived in North America. It was approximately 6 metres long and 2.5 metres high and had thick, two-row bone plates distributed over the back and huge spikes on the tail to protect itself from enemies. The Stegosaurus was a pure vegetarian and moved slowly on all four legs. Due to its small head size, it only had a tiny brain, but in the spinal cord it had a second nervous system ten times bigger.