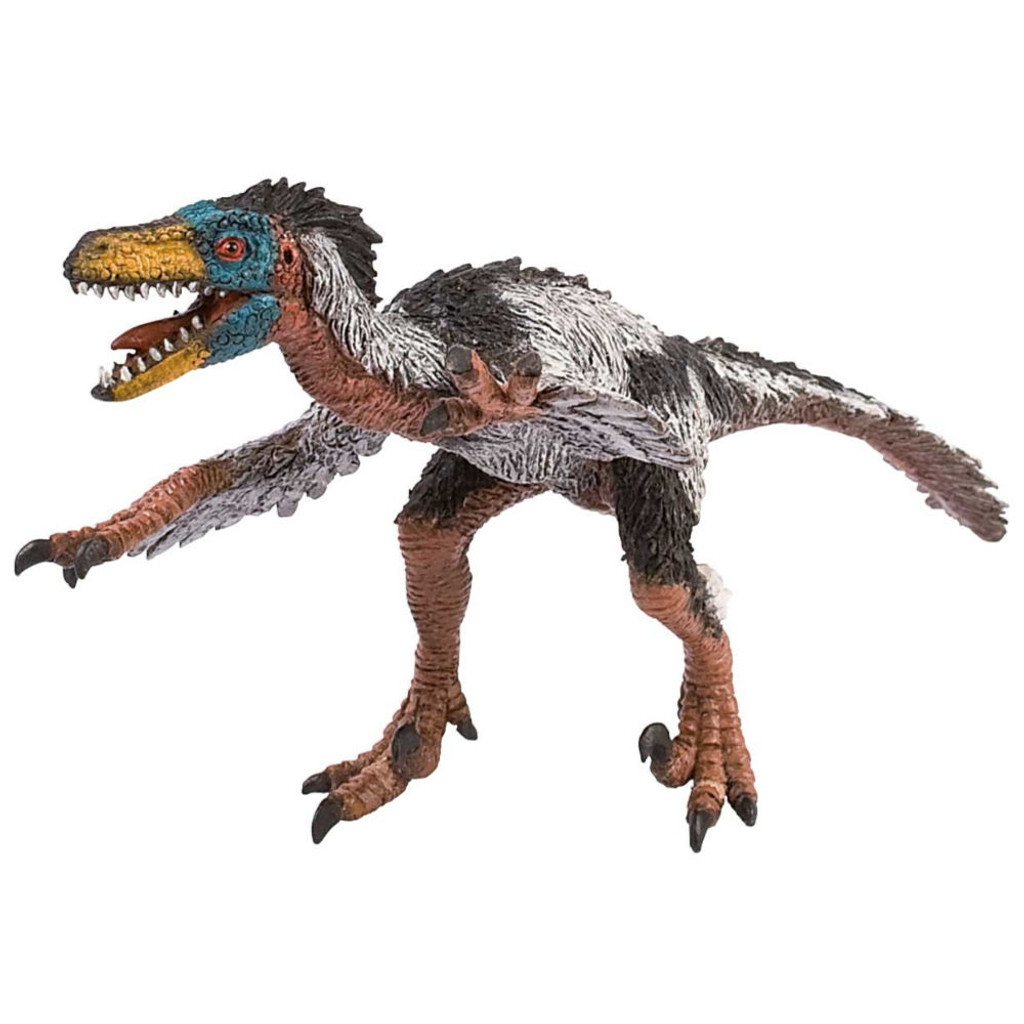 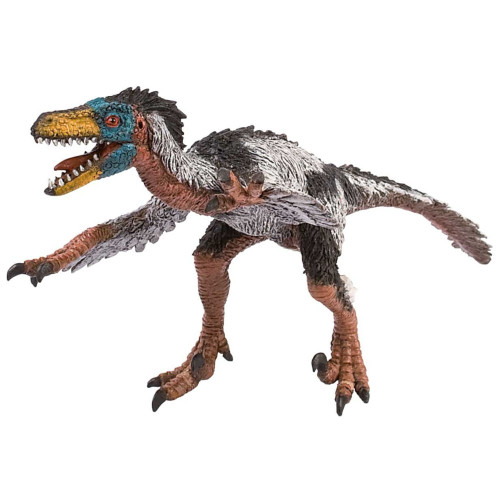 App: 24cms long Velociraptor was a small dinosaur that lived in China and Mongolia. It was an agile, bipedal predatory dinosaur that leapt and killed its prey with its big toe. Velociraptor probably had feathers at least on the arms and tail. It couldn’t fly, but the feathers helped to maintain its balance during a chase. At about 1.8 metres in length, it was not particularly large, but it could overpower other dinosaurs at least as big as itself. Velociraptors may have hunted in groups.