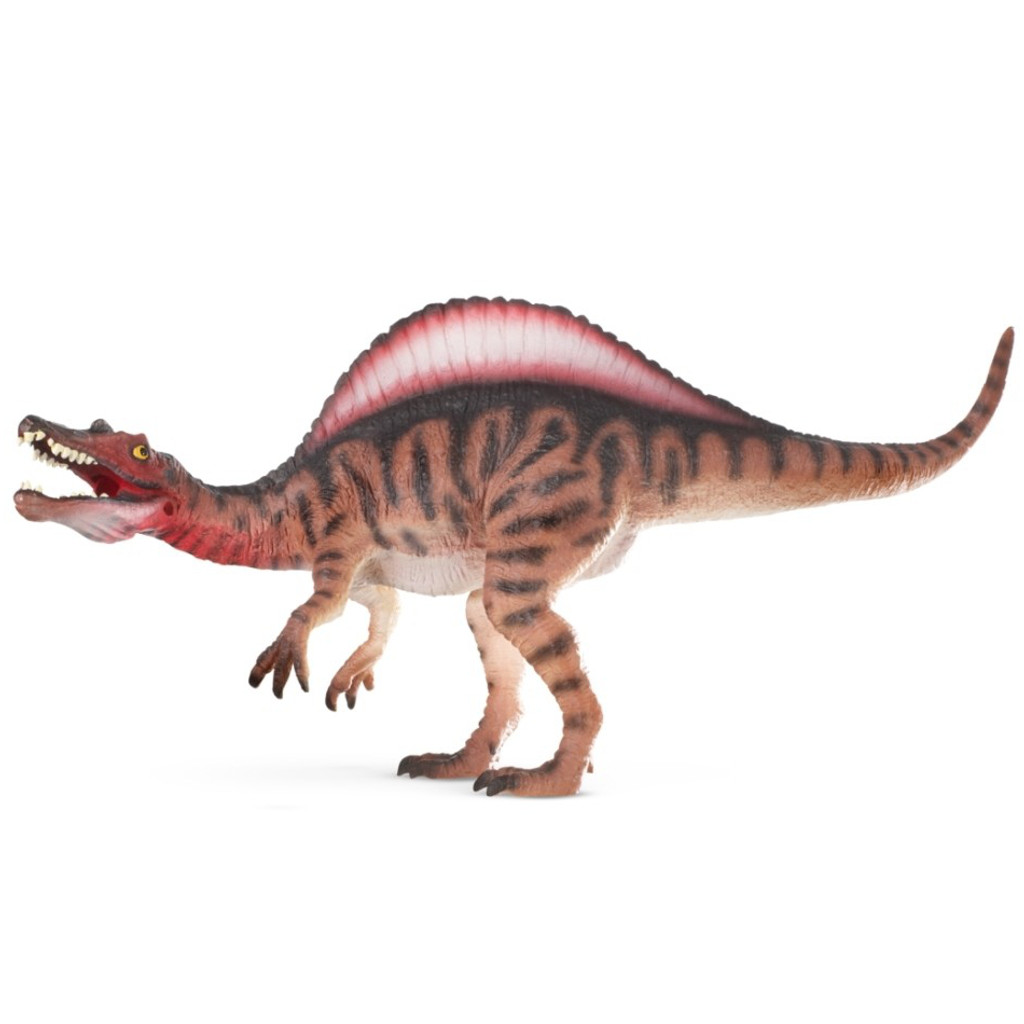 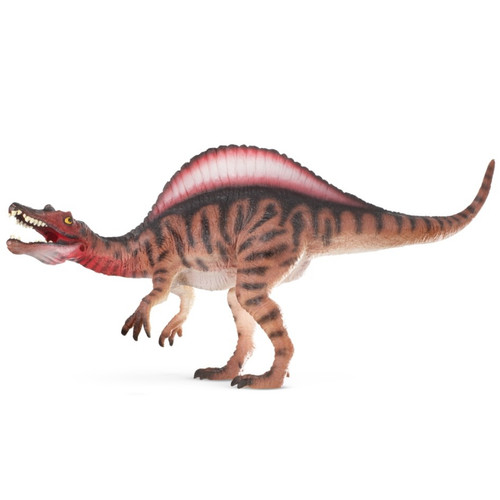 App: 27.6cms long Spinosaurus is also known as the “Thorned Lizard”  He has conspicuous spikes along his spine (at least 1.69 metres long) that were probably connected with his skin to form a sail-like structure. Some researchers think that these were surrounded by muscle, to form a lengthy hump. The function of this structure is unclear: some scientists suggest it was for heat regulation and display. According to the most recent estimates, Spinosaurus reached nearly 18 metres in length and weighed up to 9 tons. This makes him the largest known carnivorous dinosaur, even bigger than other huge therapods such as Tyrannosaurus and Giganotosaurus.