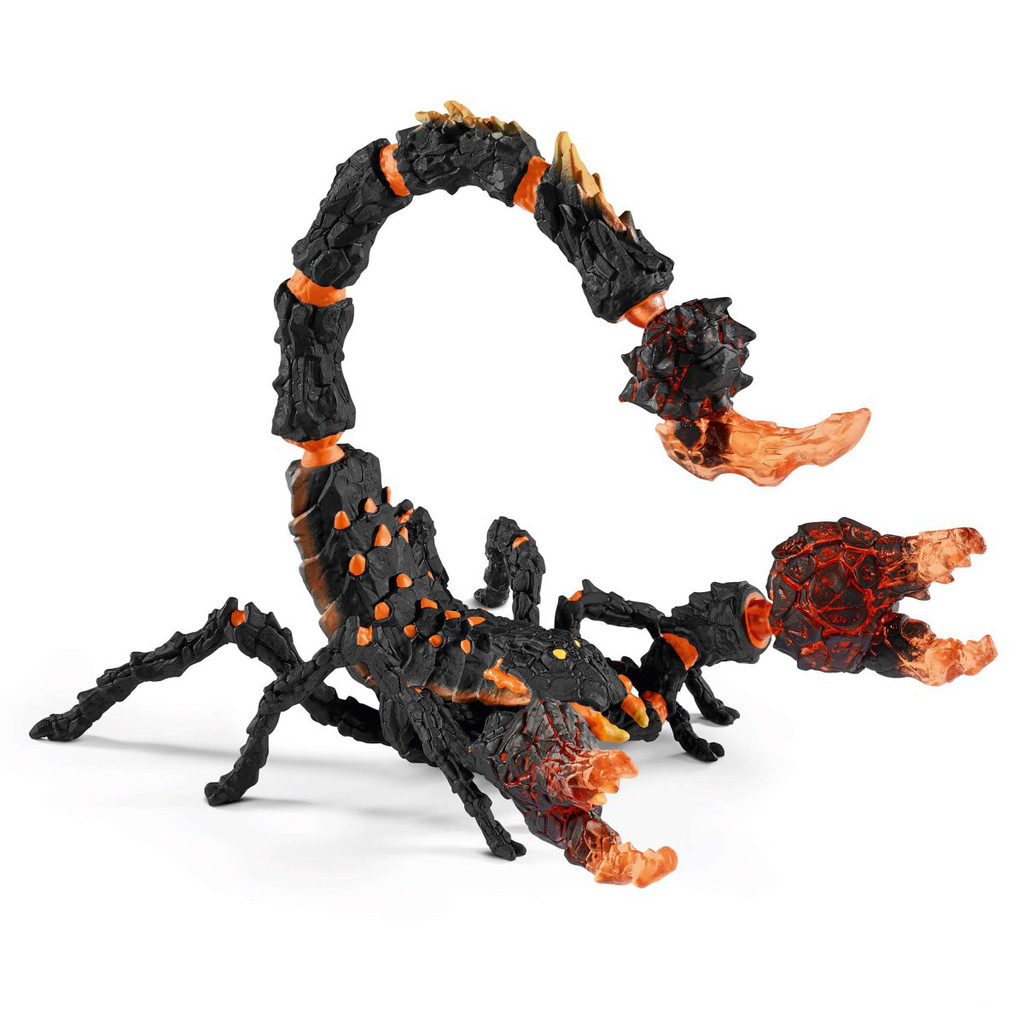 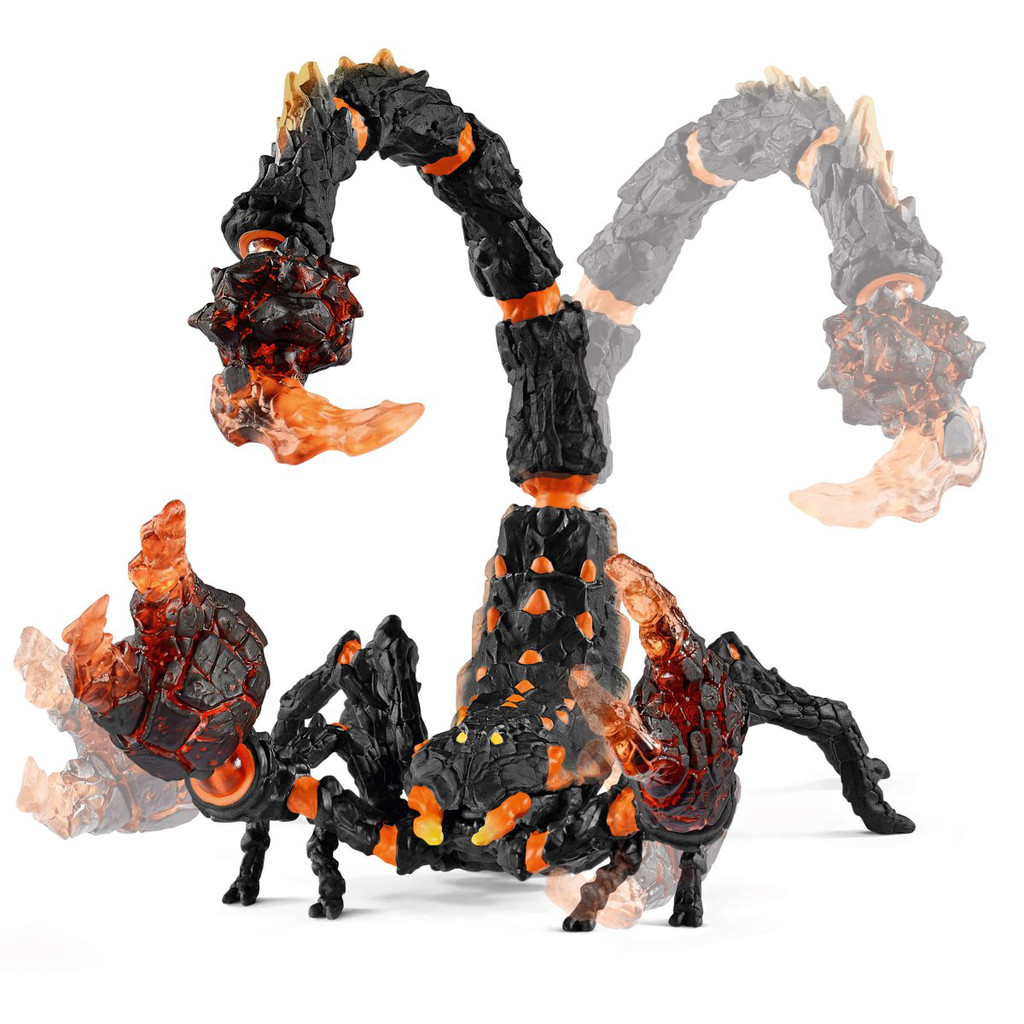 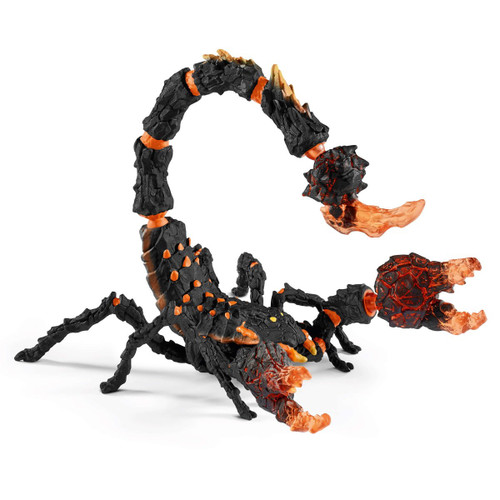 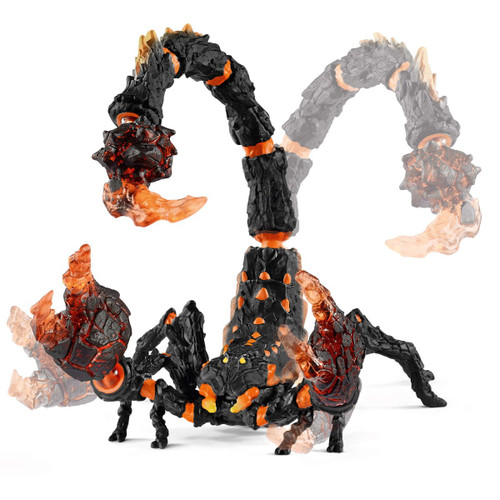 Incredibly dangerous – and very patient: the lava scorpion lurks well hidden in the rugged rocks of the lava world, waiting for its victims, and is ready to attack at all times. Its shell is made from hard, cooled lava stone, but liquid hot lava is bubbles inside of it. If an enemy gets too close to it, it attacks them without warning with his red-hot, ultra-strong pincers. If its prey doesn’t hold still, it will feel a burning sting. In combat against multiple attackers, the lava scorpion also uses its huge stinger, which it can swing around like a terrible club in all directions. Because it can defend itself so well, it fears nothing and no one. So it always claims, at least. Because there is one creature it is in fact secretly afraid of: the ice dragon, with its icy breath, is a formidable enemy – and might blow the lava scorpion into an ice statue!