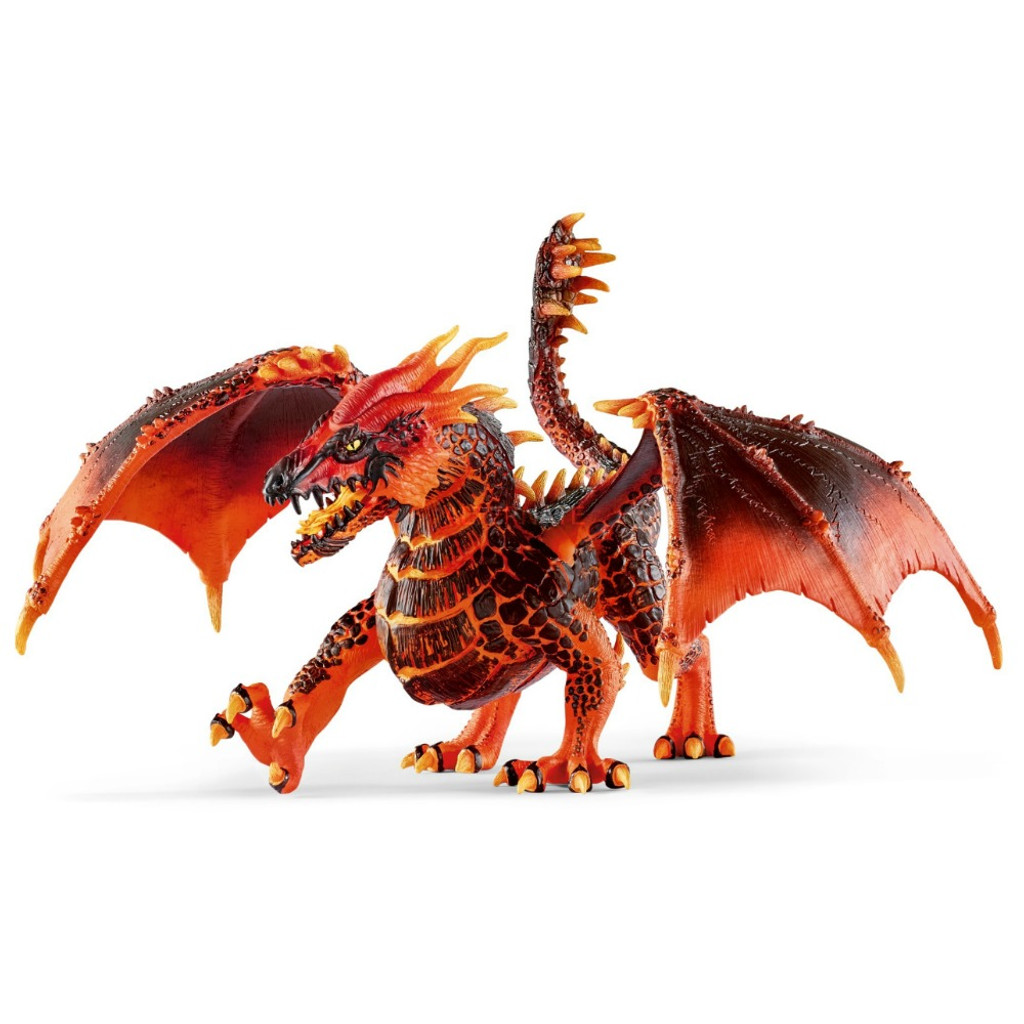 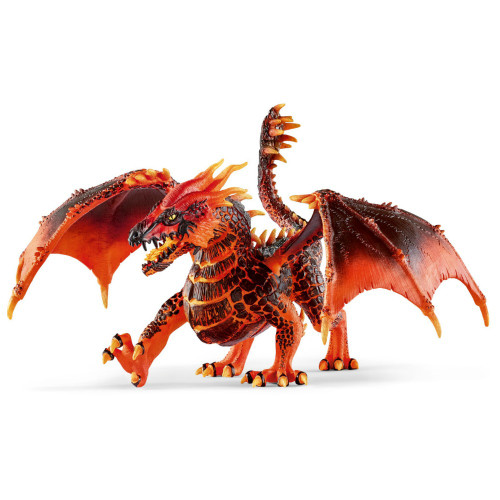 The lava dragon is the ruler of the skies above the lava world – anyone who intrudes upon his space has to deal with him! To defend himself, during a battle he thrashes his spiked tail against his enemies. And that really hurts! Fast-paced pursuits in the sky are no problem for him: his large, strong wings make him an agile hunter with the speed of an arrow! With his ultra-hot fiery breath, he can even melt stones – something which often makes the stone monster see red! The closer he is to the lava source in the temple, the stronger he is. It is also so nice and warm there!