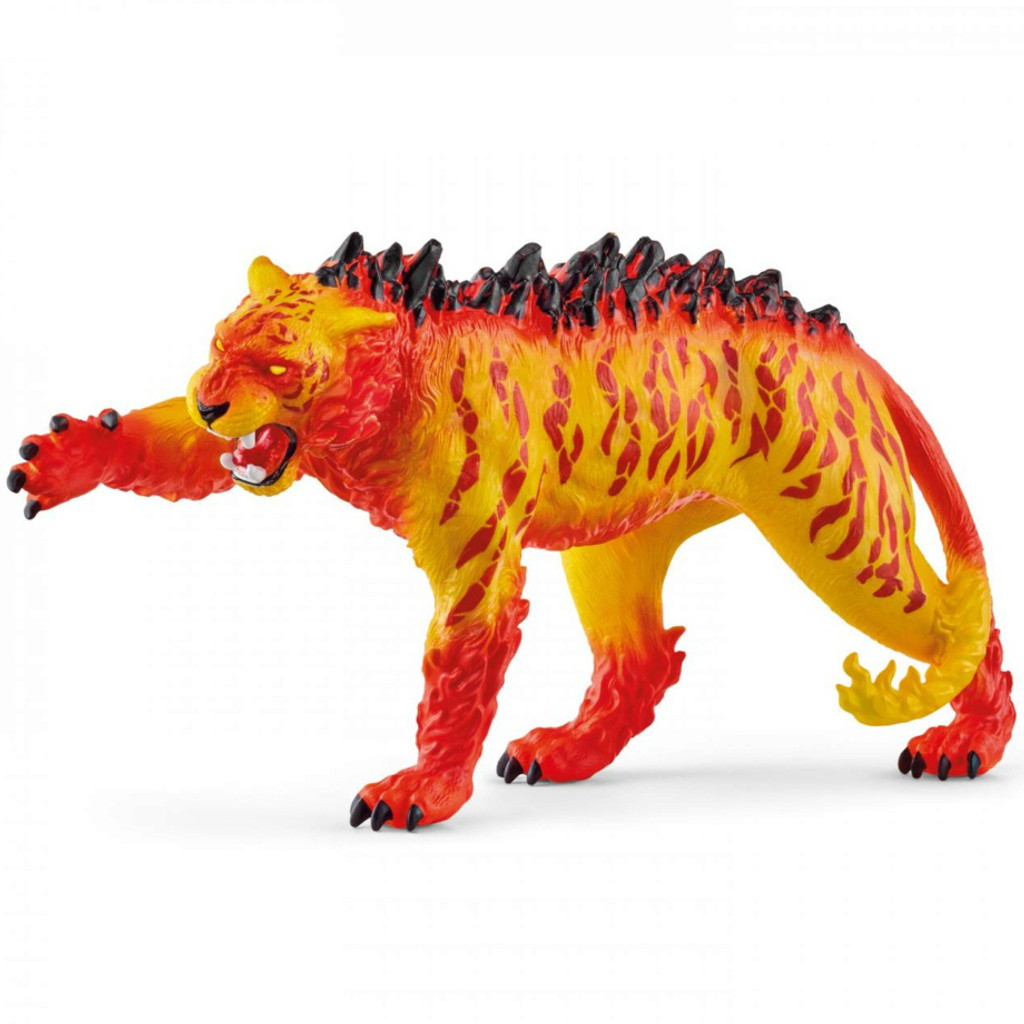 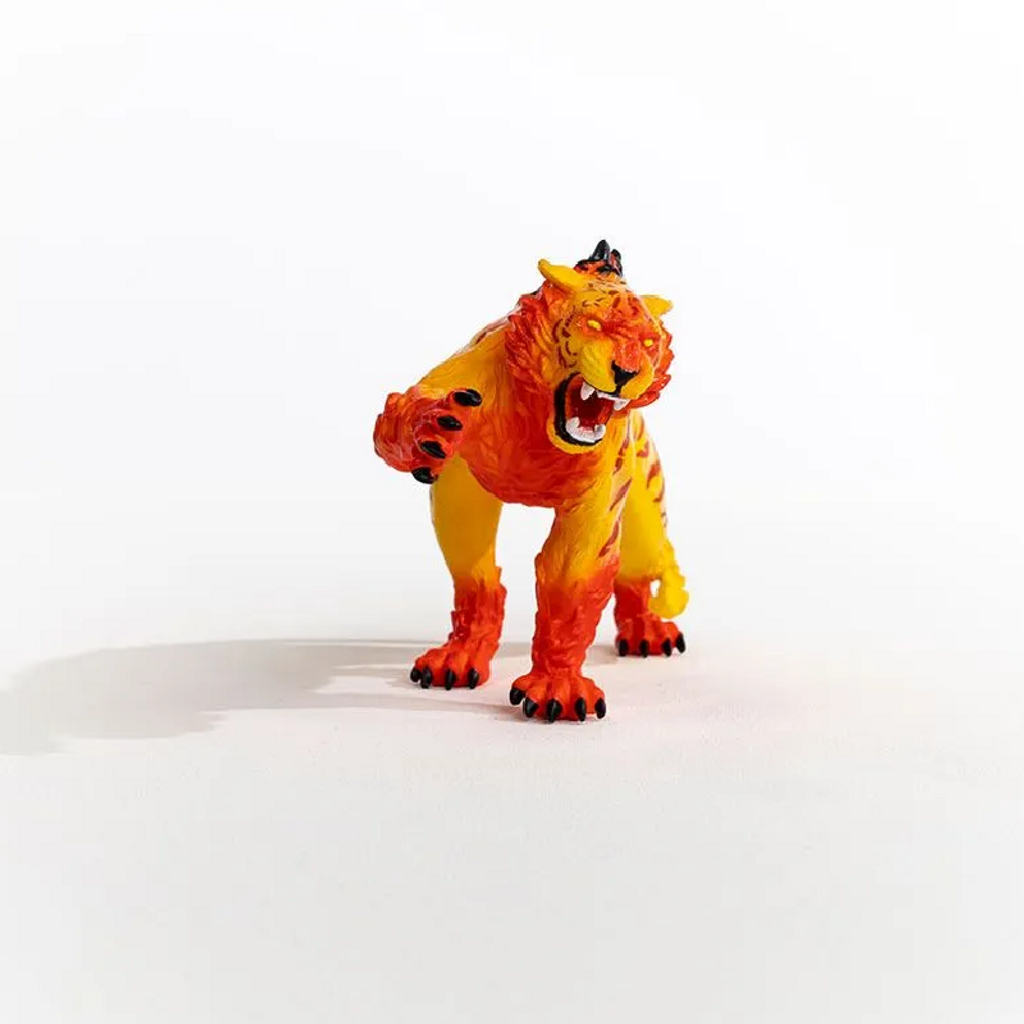 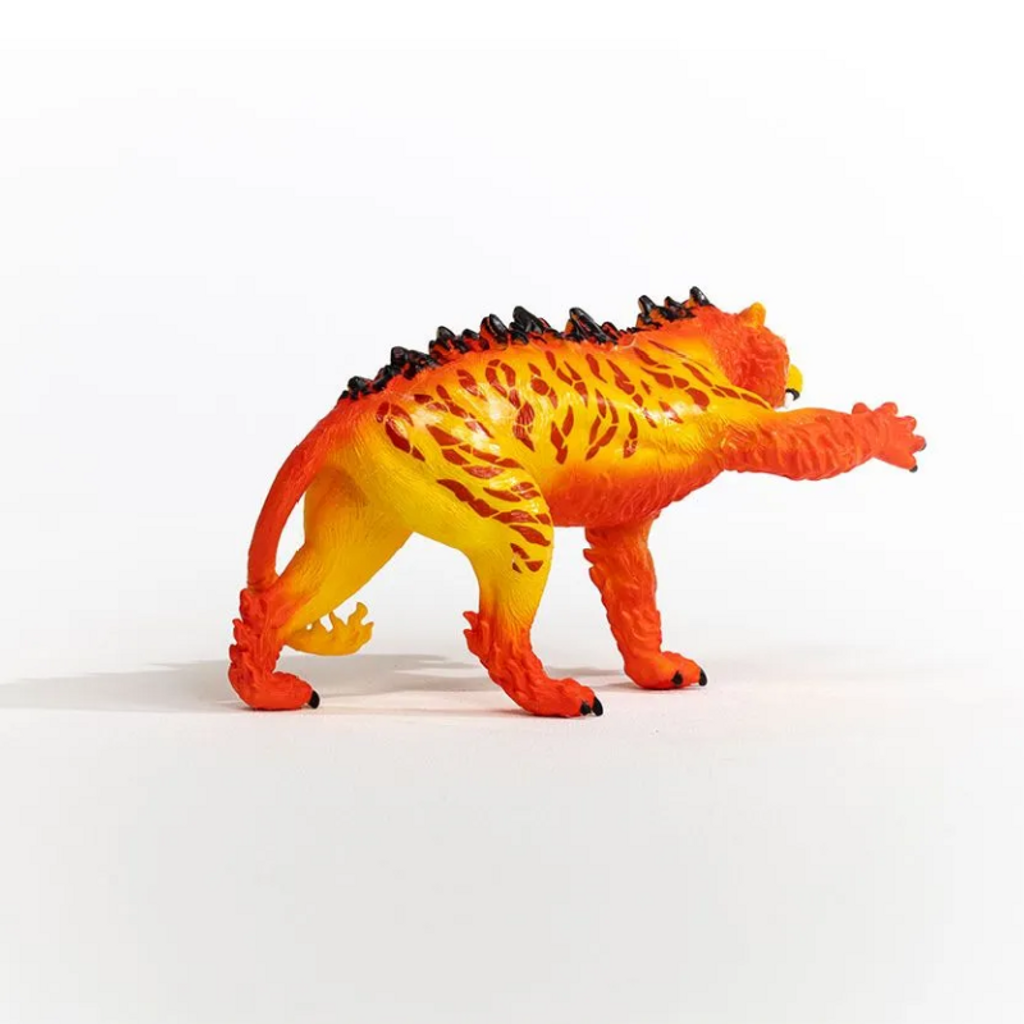 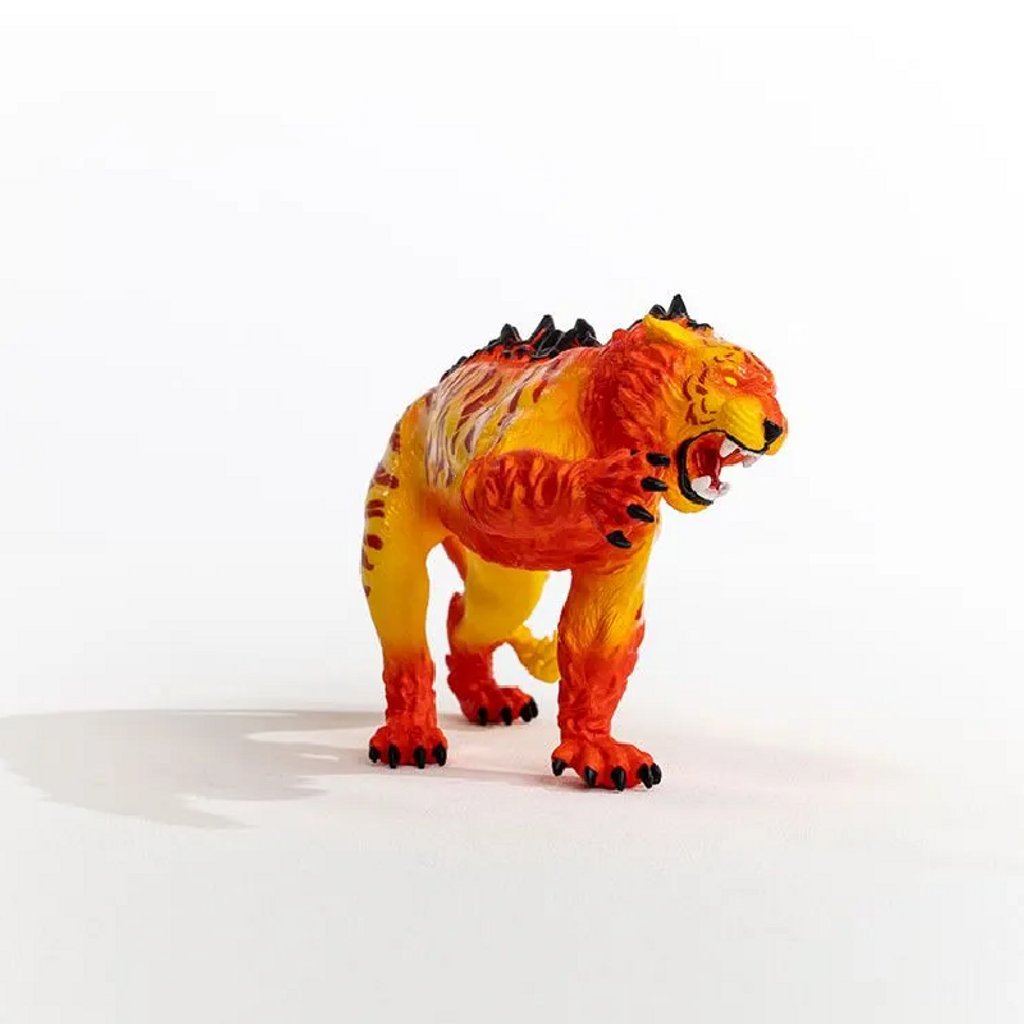 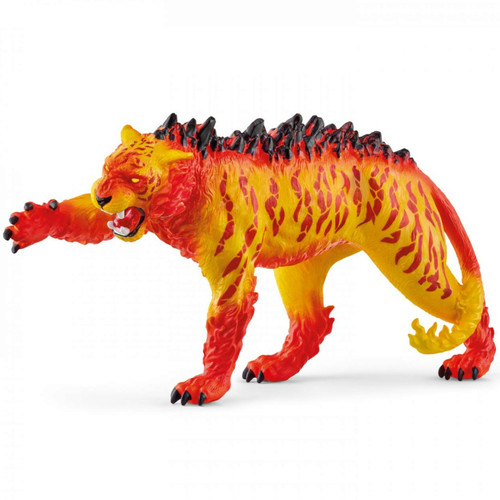 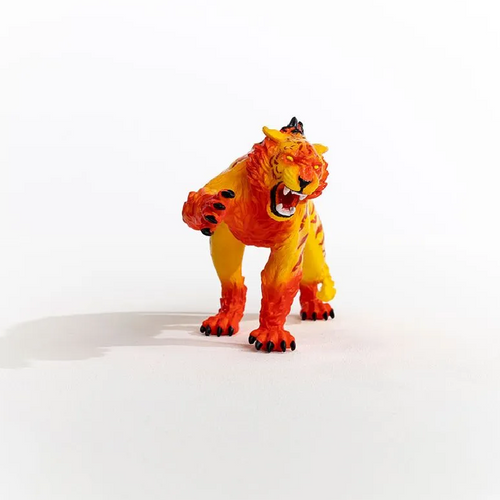 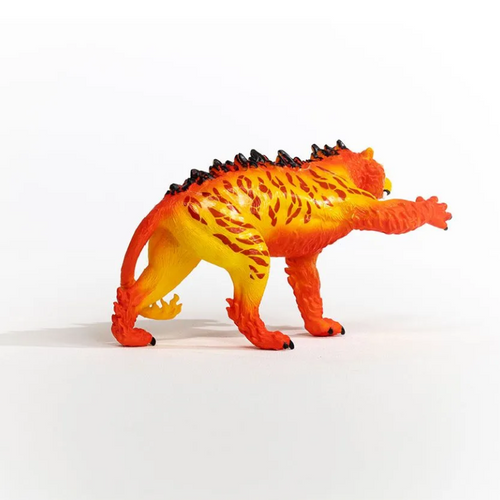 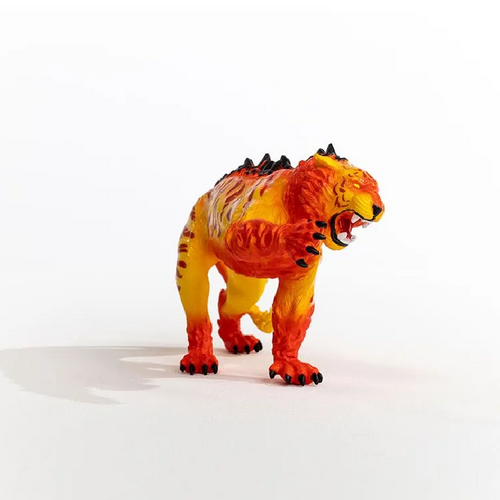 Schleich’s Lava Tiger is a wild Eldrador creature living in molten caves and crags of volcanic areas. This beastie is sculpted in a striking pose, with its from right paw extended in attack, while its other three fiery paws are on the ground. Its body is covered in yellow fur with red stripes and red colouring on its limbs, neck and top of its tail. Protruding along the ridge of its back are black rocky spines which match its sharp claws. Its face is snarled, highlighting its magical yellow eyes, and its vicious open mouth which is roaring and showing its sharp and ferocious teeth to its opponent, sure to scare them off.