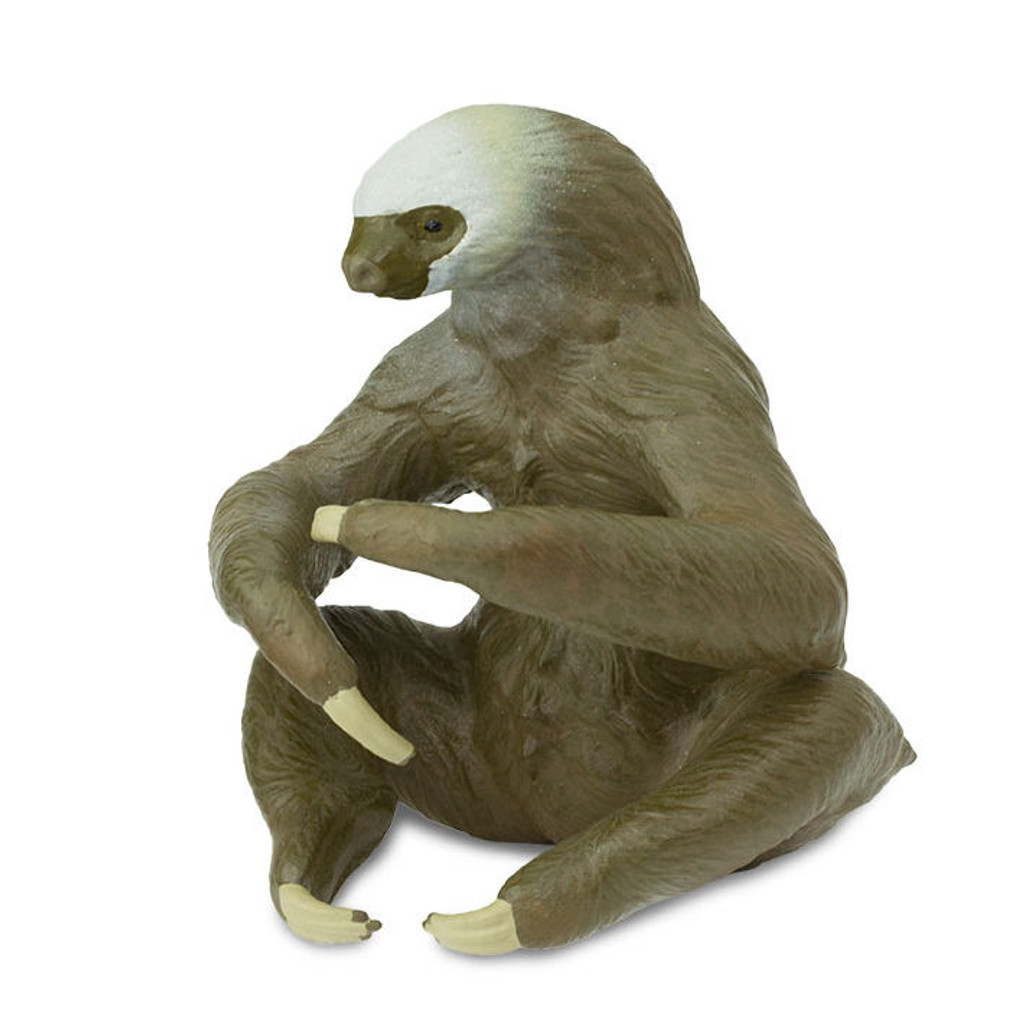 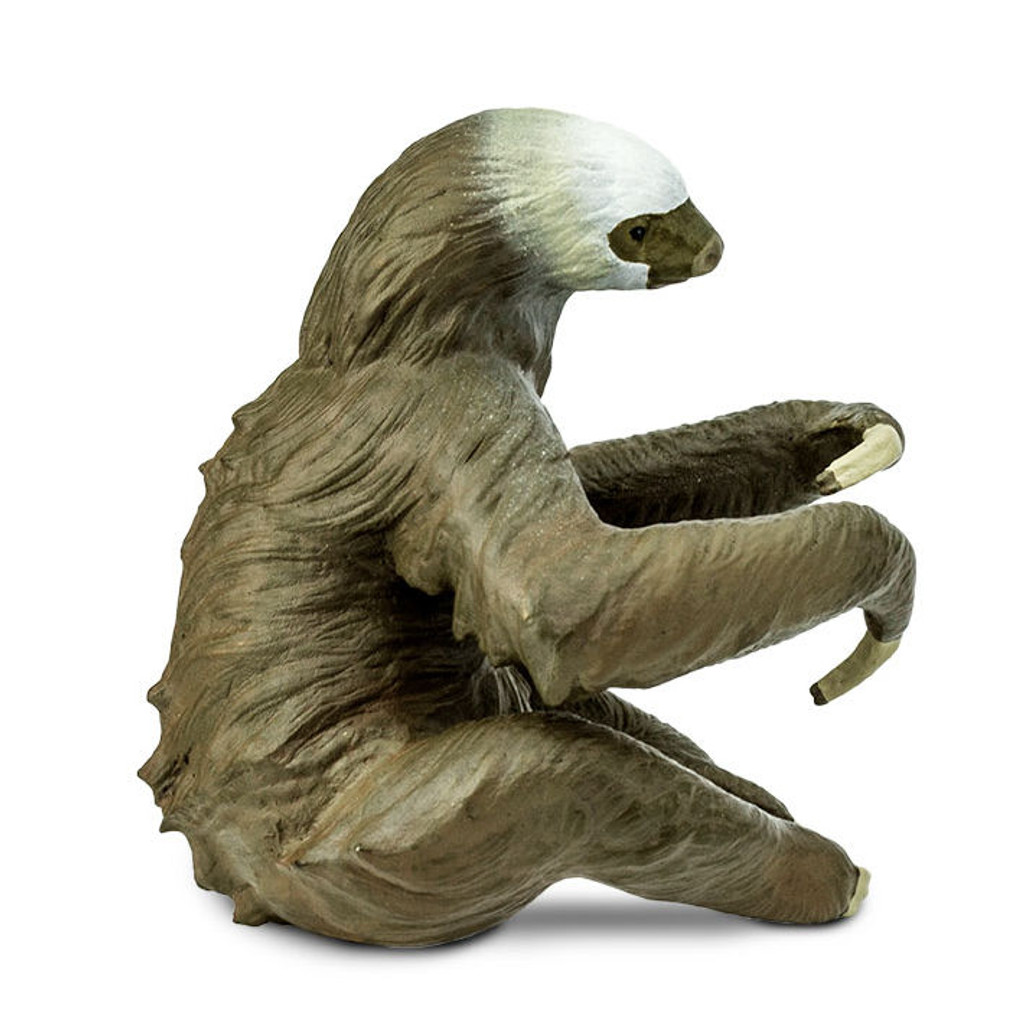 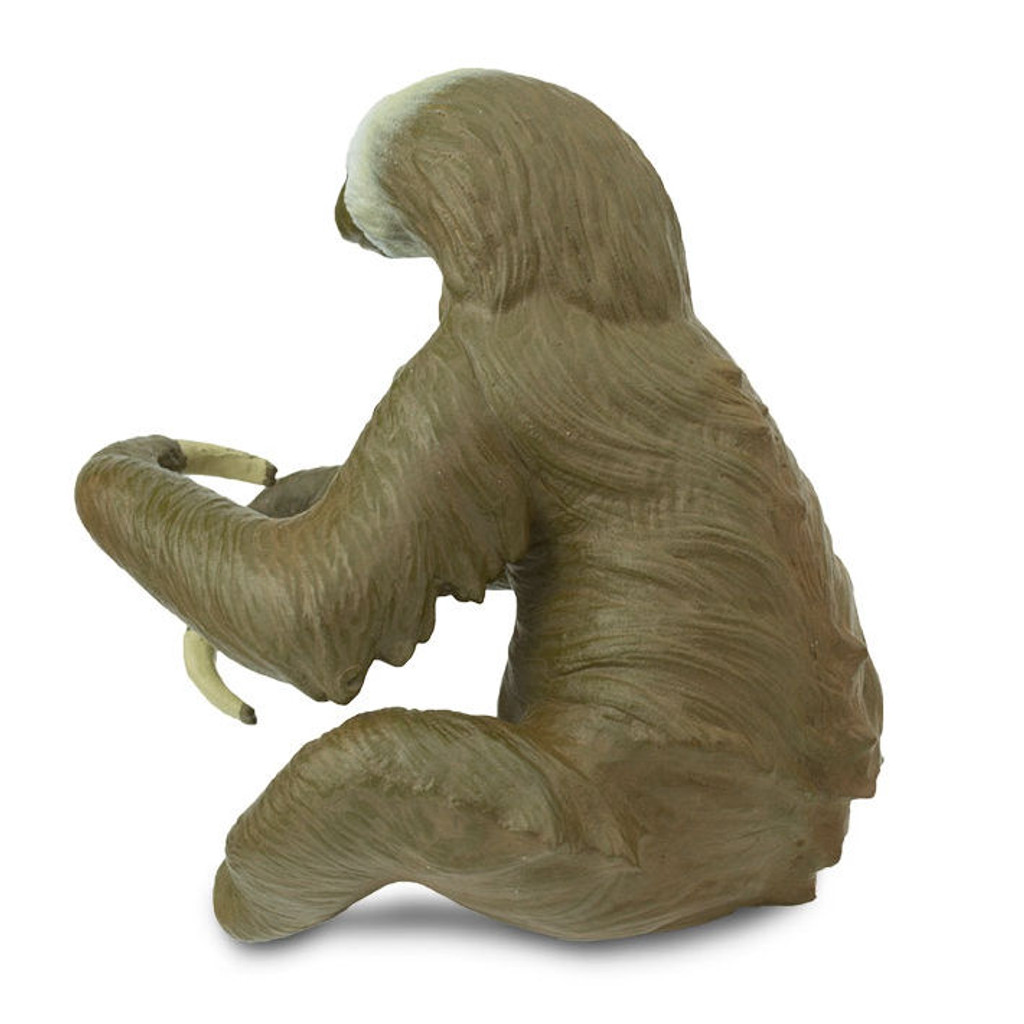 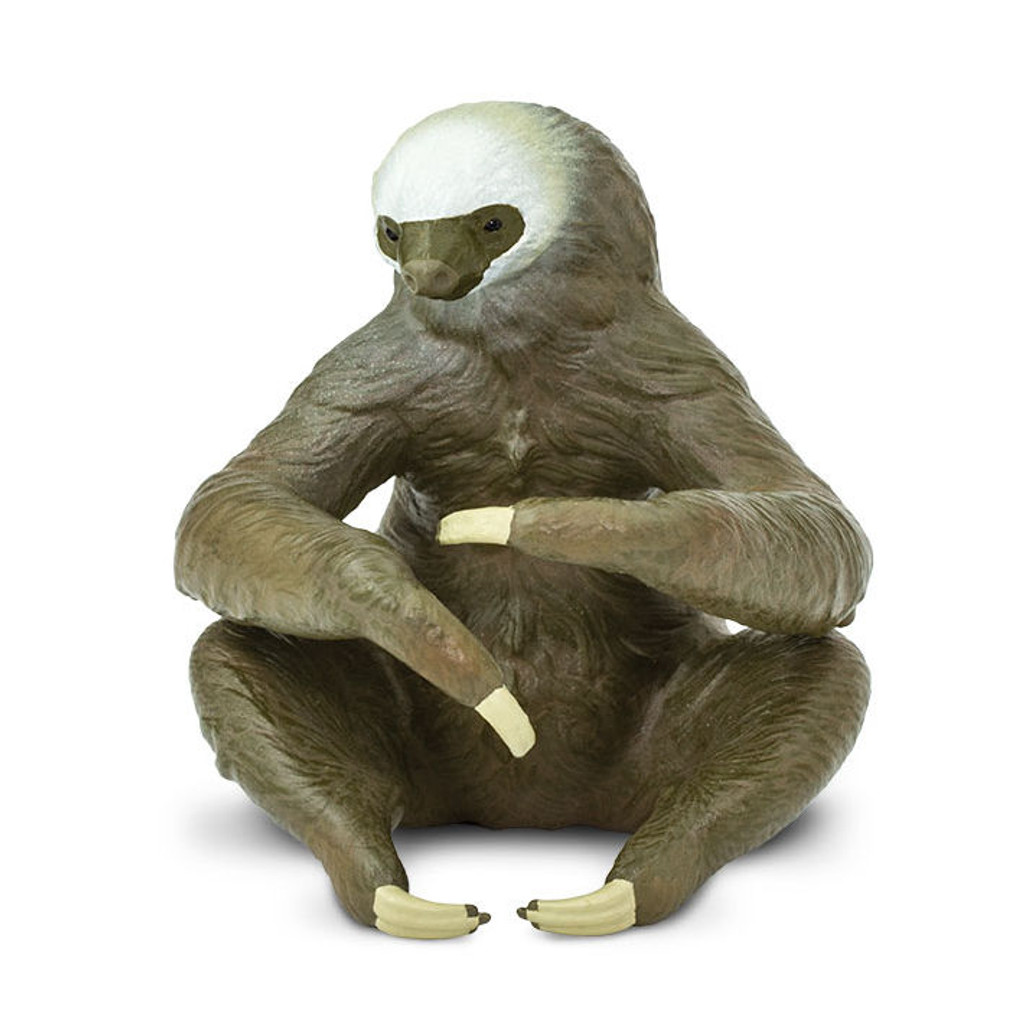 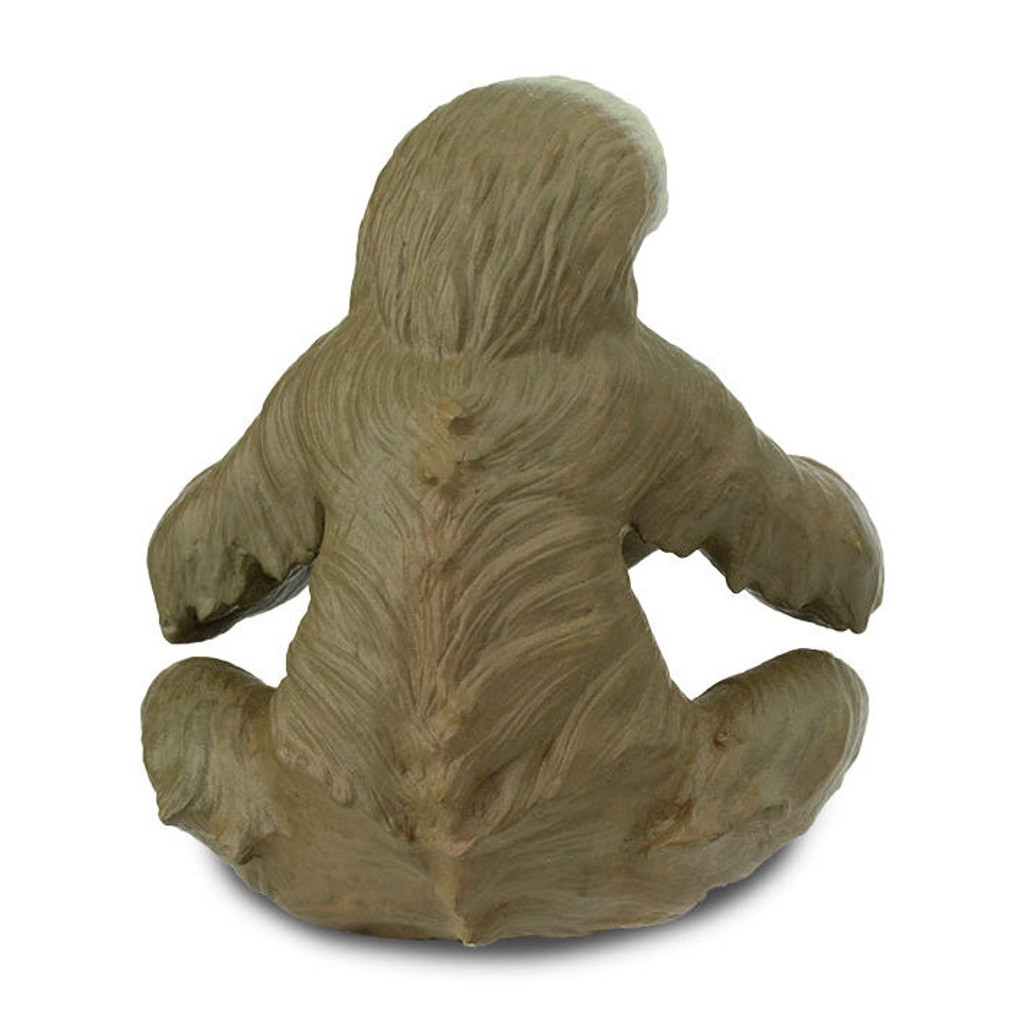 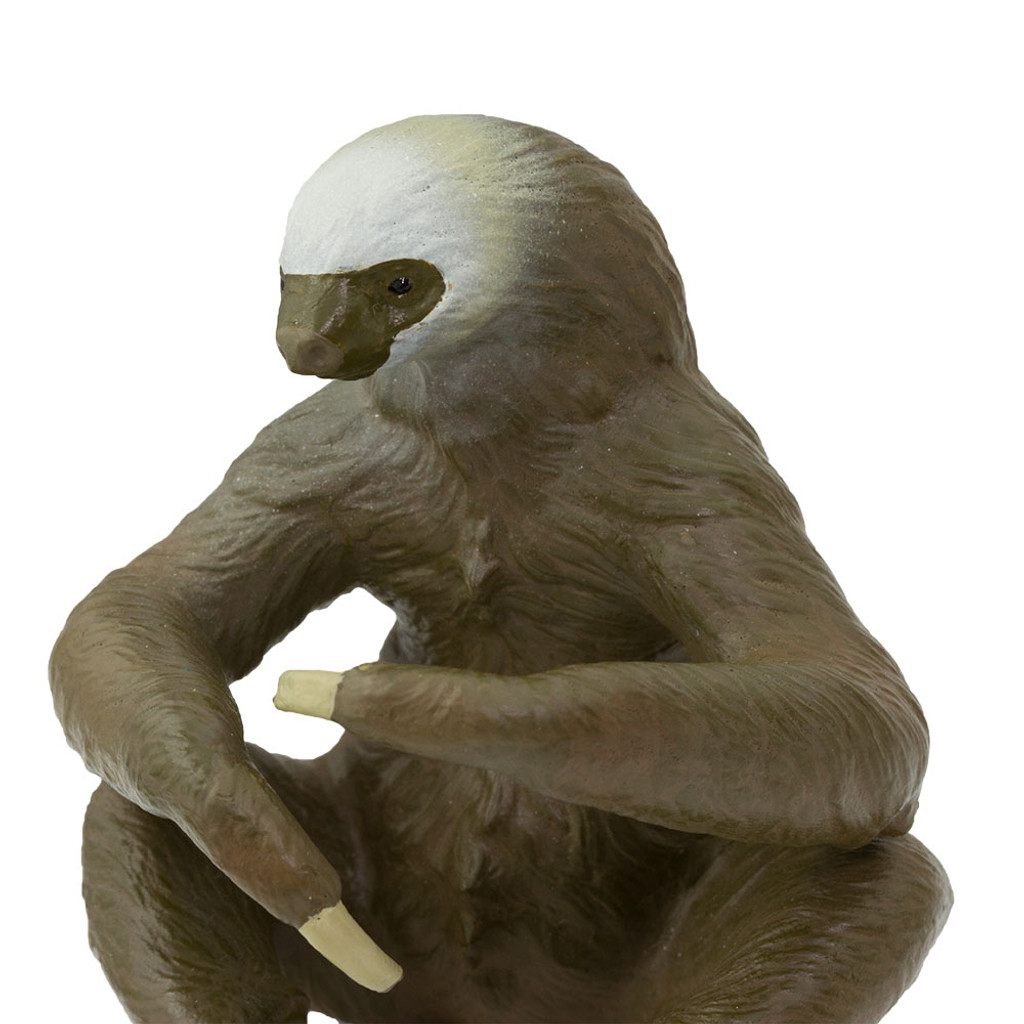 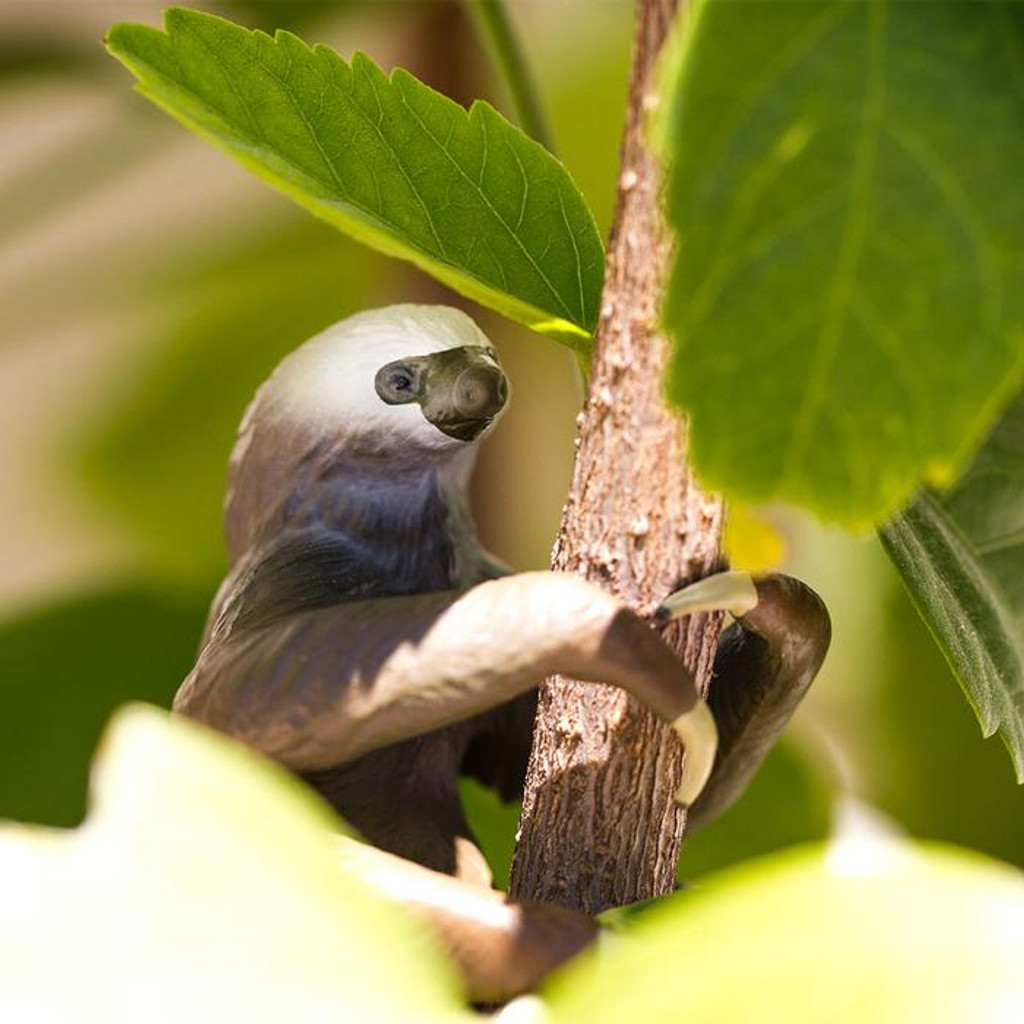 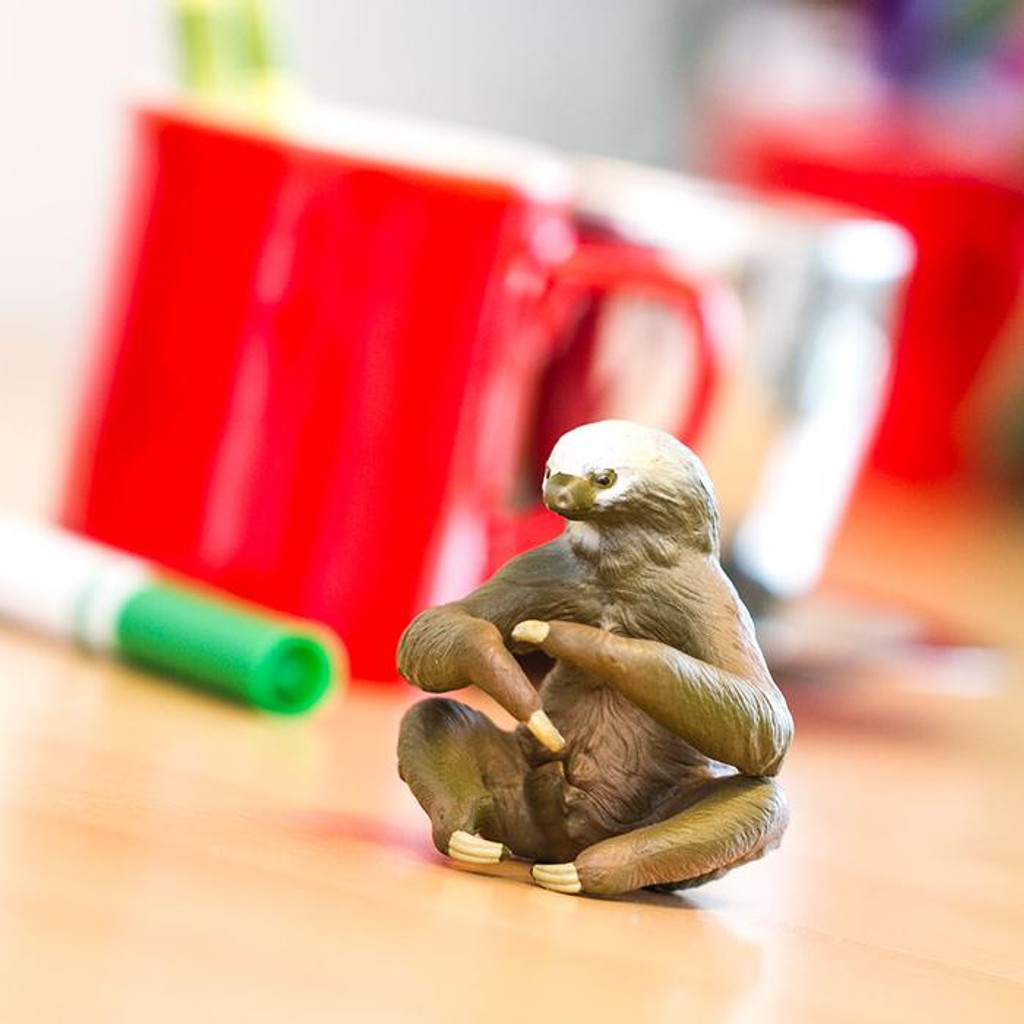 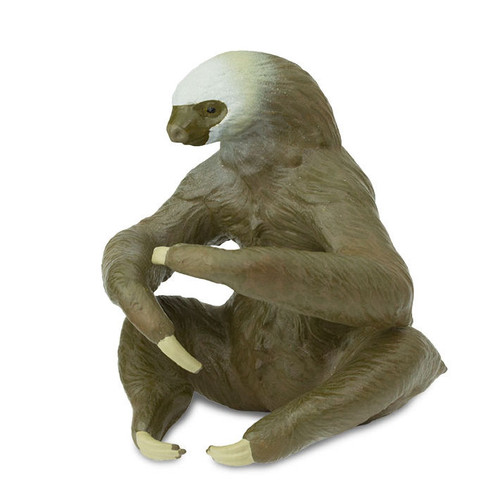 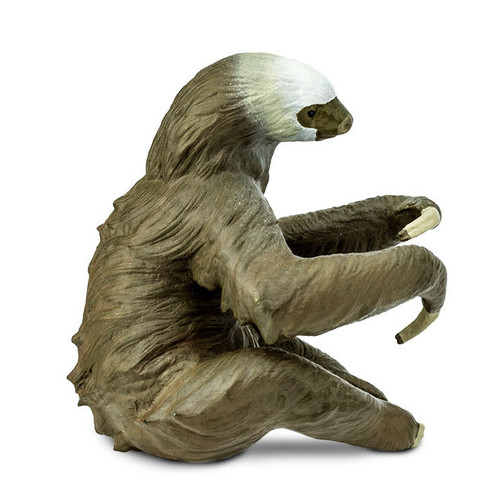 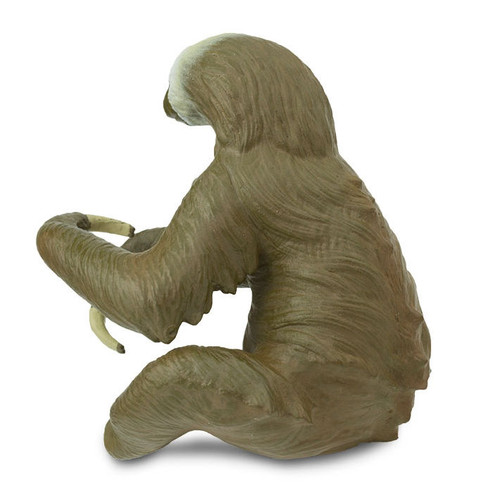 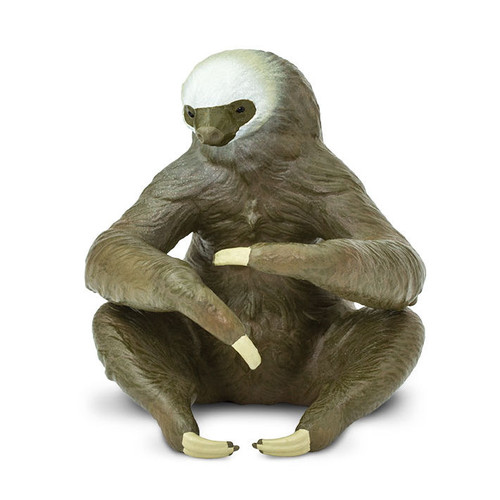 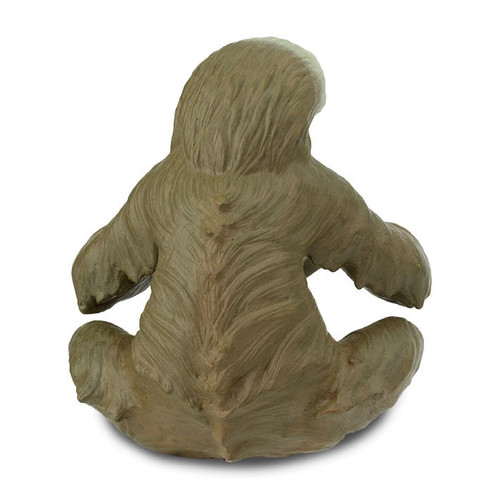 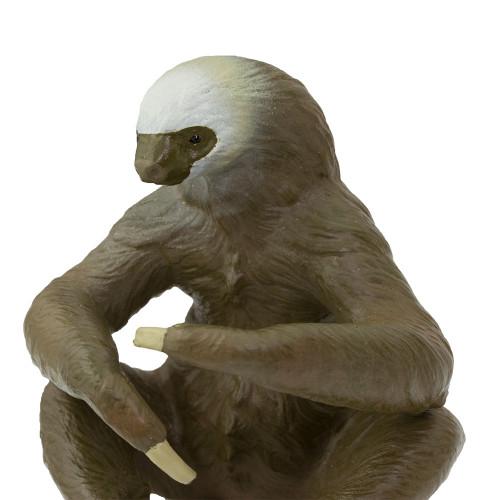 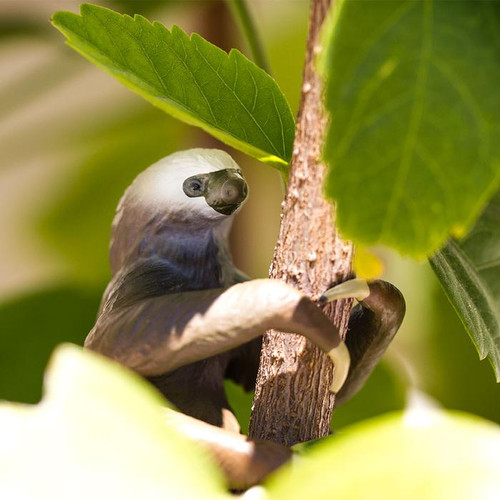 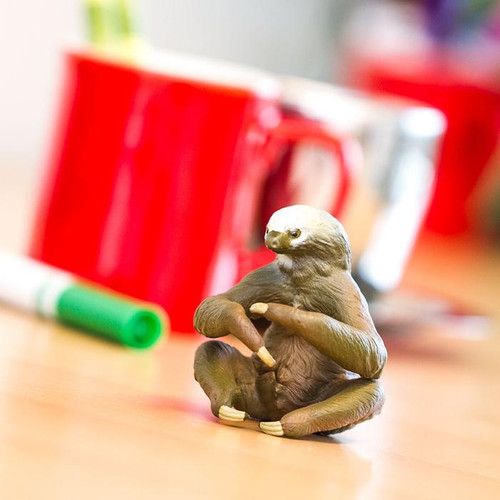 There are actually 2 species of two-toed sloths, and this figurine captures the physical appearance of the Hoffman’s two-toed sloth, which includes a light tan face with a light brown body.  Fun facts about the animal: Interestingly enough, the two-toed sloth actually has three toes on its feet! A more accurate name for this creature would be the “two-fingered sloth,” because they have two fingers on their front two limbs, which are more akin to arms with hands rather than legs with feet.