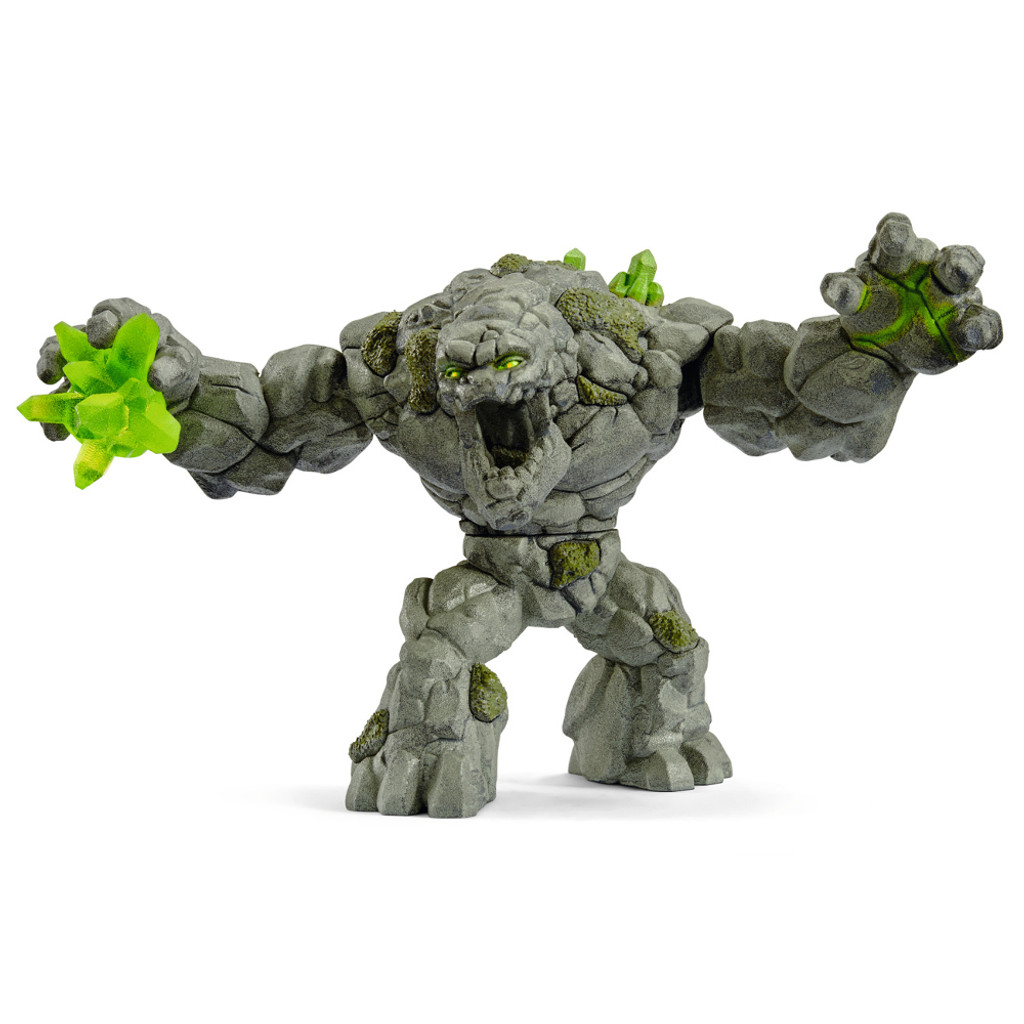 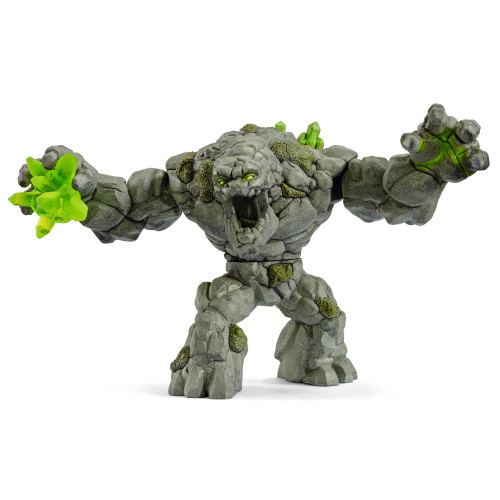 You can often hear the fierce colossus from afar – when he moves, all of Eldrador shakes! Because the stone monster is so gigantic and heavy, he can only move slowly. He is also not particularly bright – but for that extremely strong! He can rotate his upper body around its axis, meaning he can cause a lot of harm and damage with his mighty stone fists. He gains his strength from the large crystal which he also uses as a dangerous weapon. He gets stronger and stronger each day because he eats more and more crystals from the stone world. He has now polished off so many that they are even growing out of his back! His greatest enemy is himself. He is actually practically invincible. But if he falls over, it takes ages for him to get up again because of his weight..