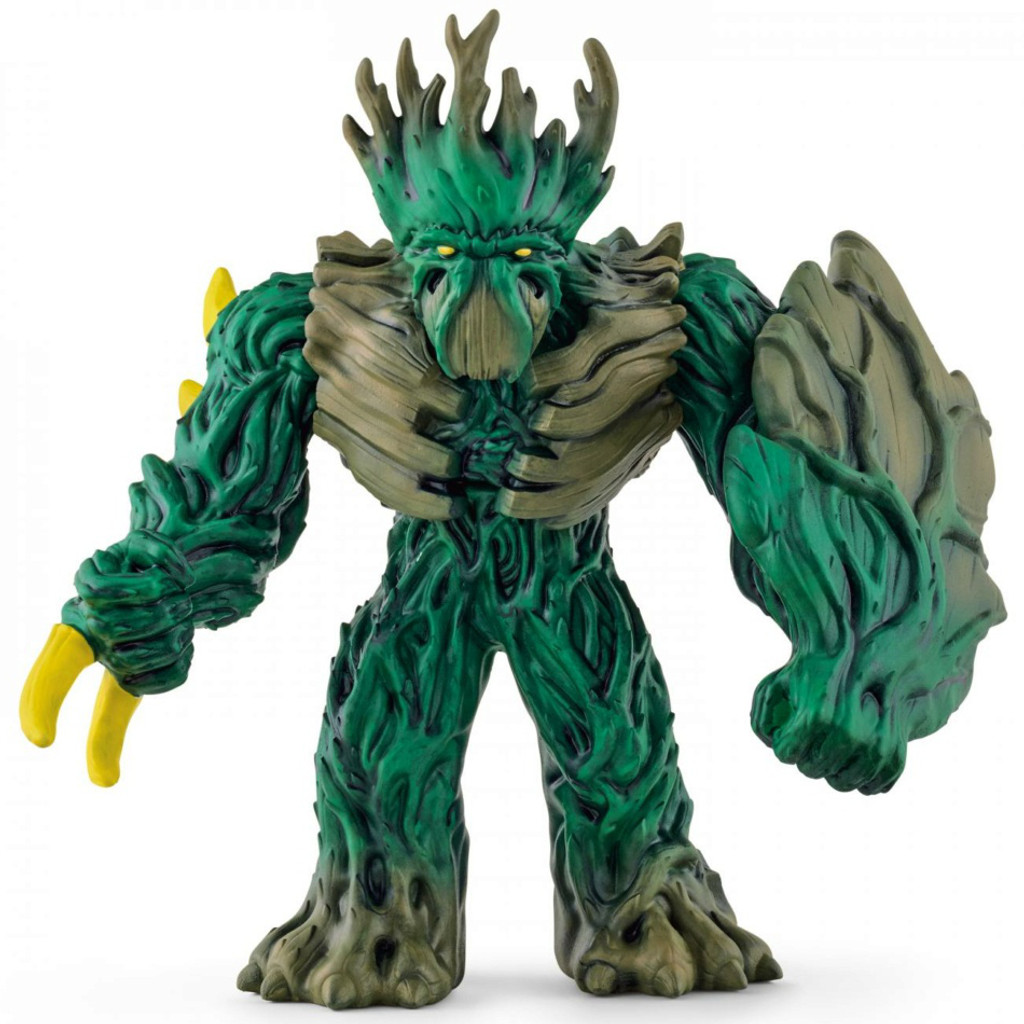 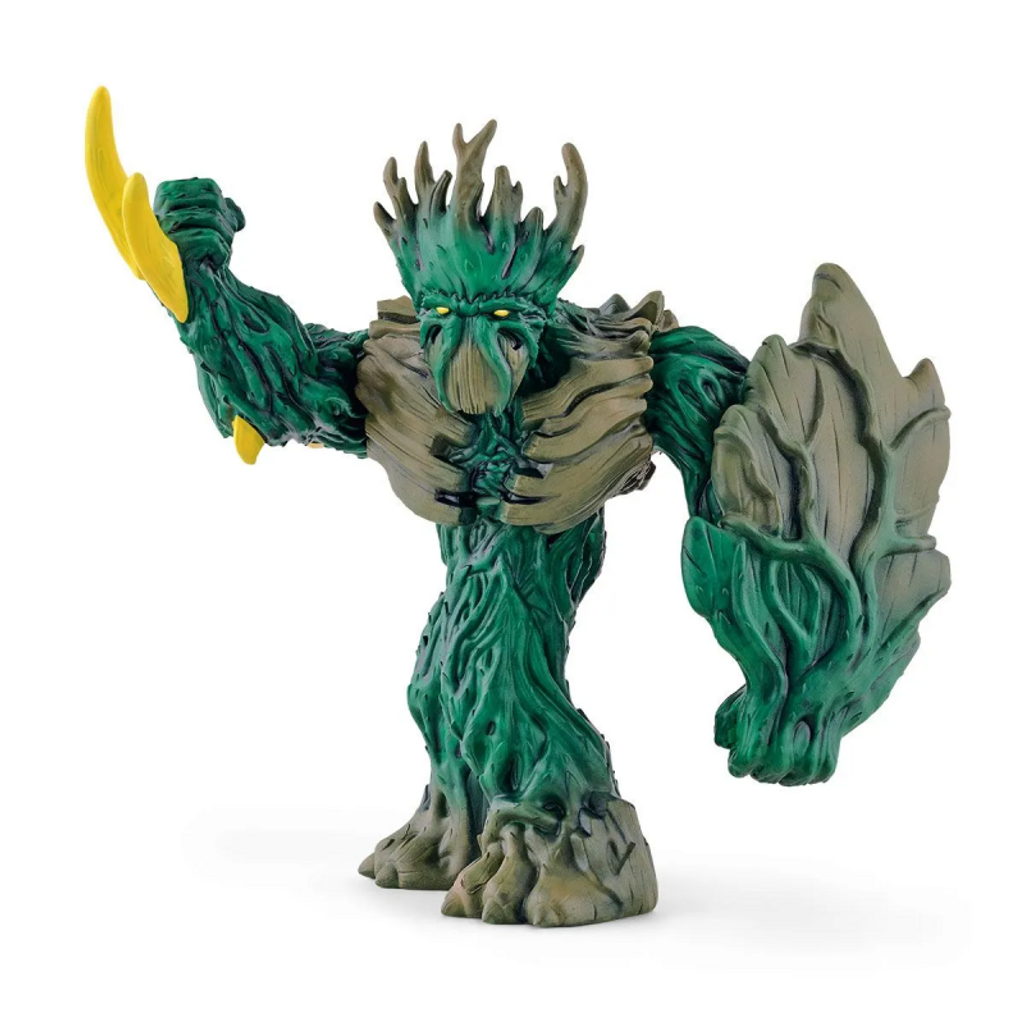 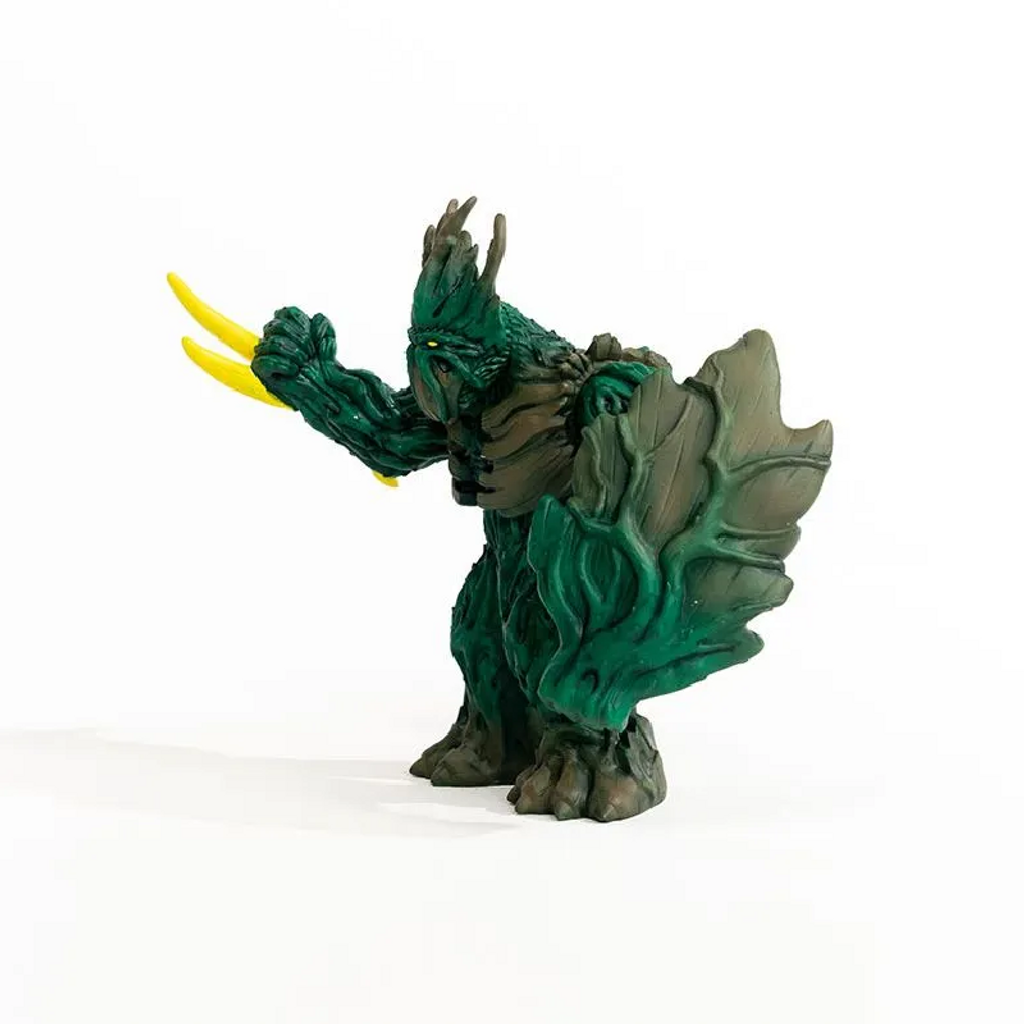 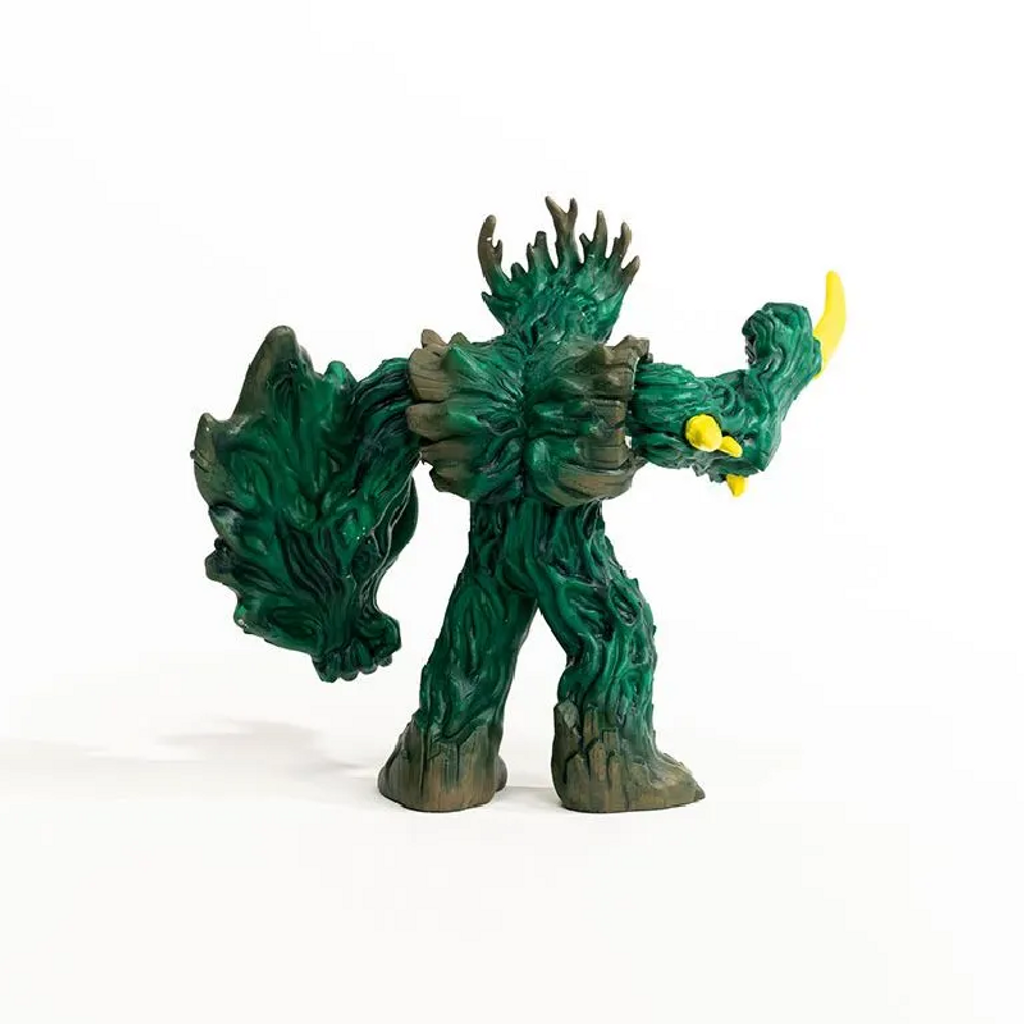 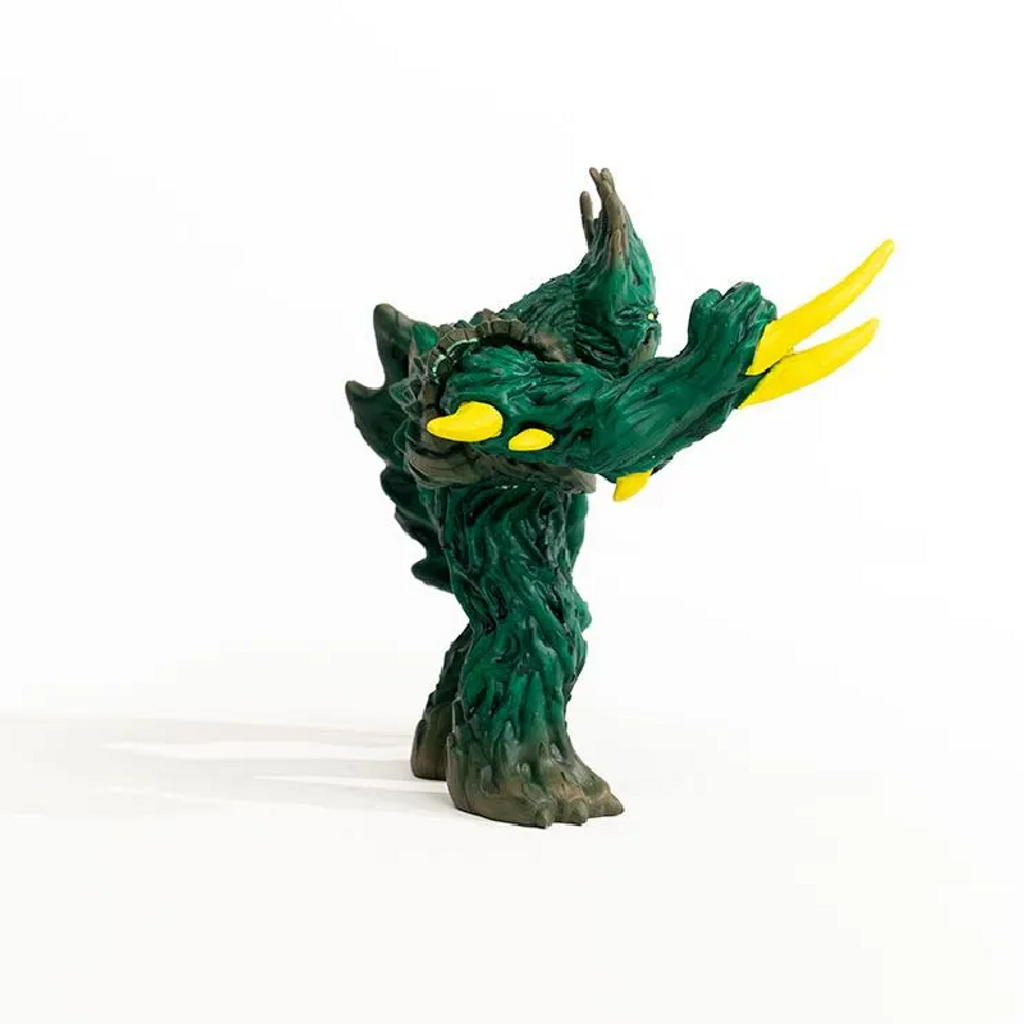 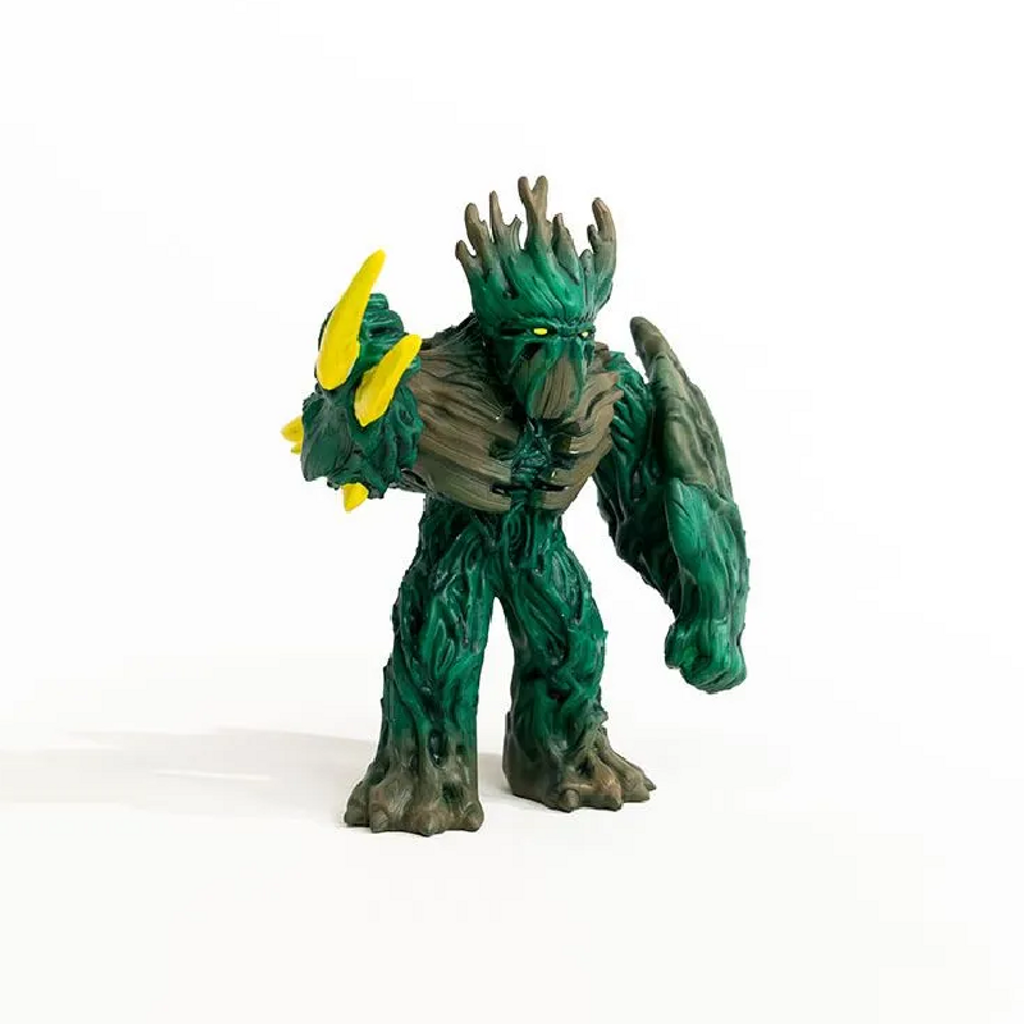 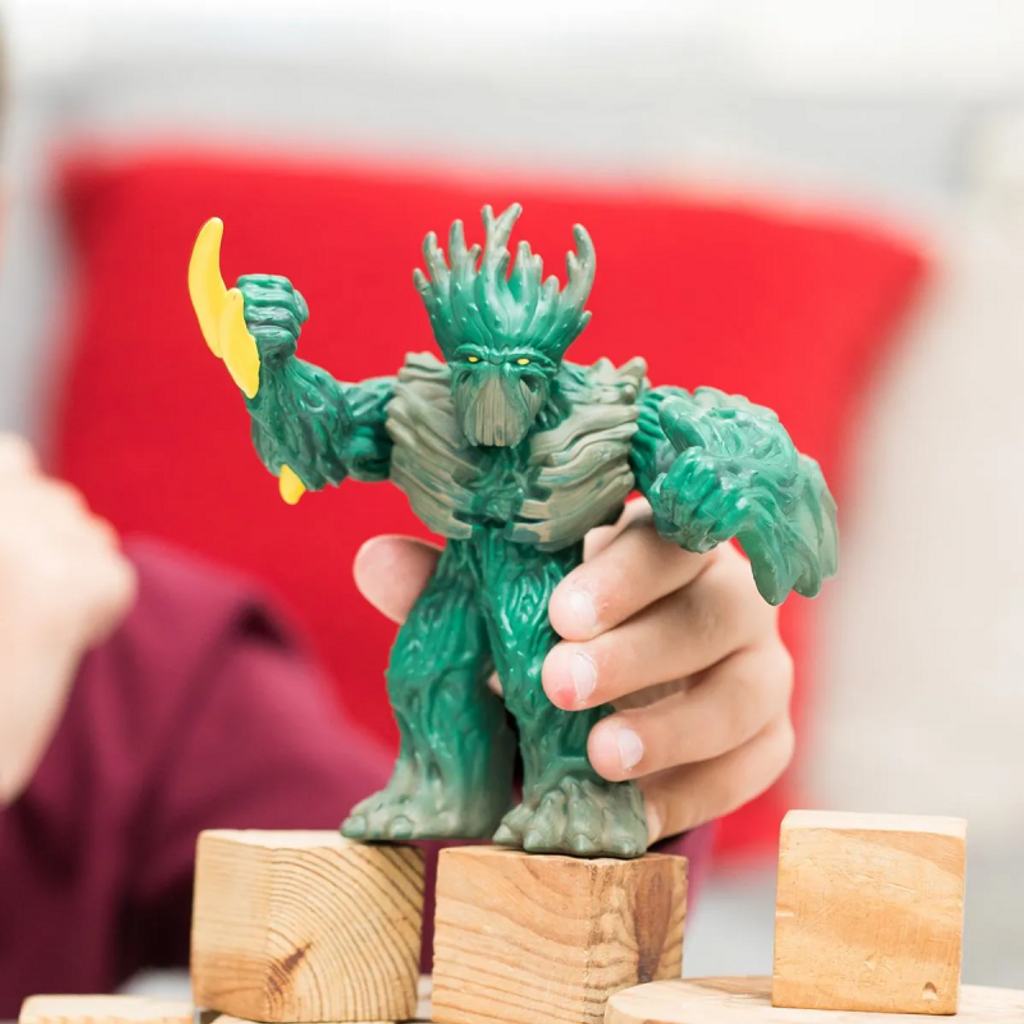 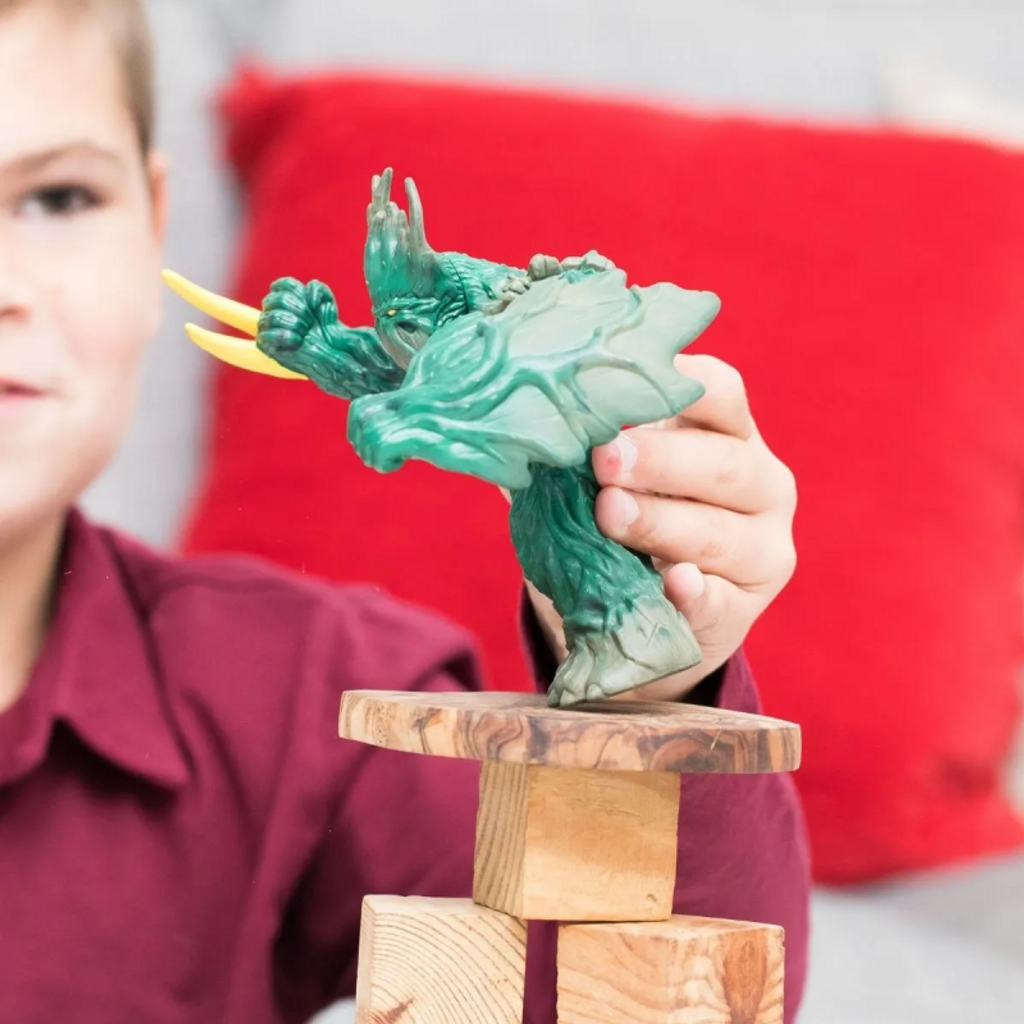 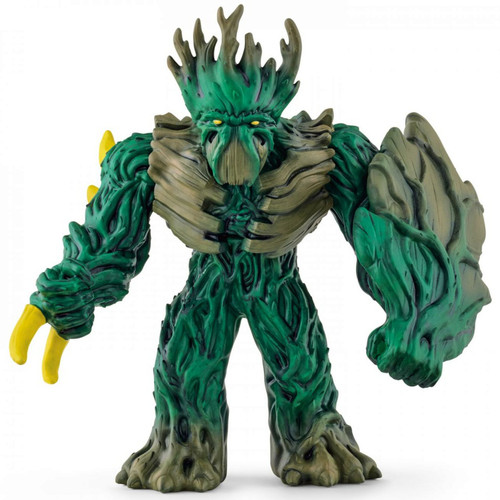 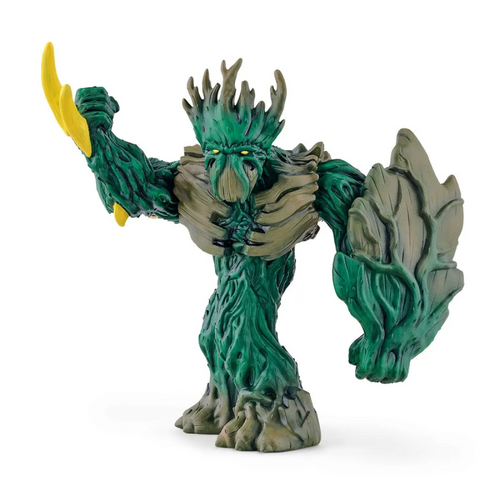 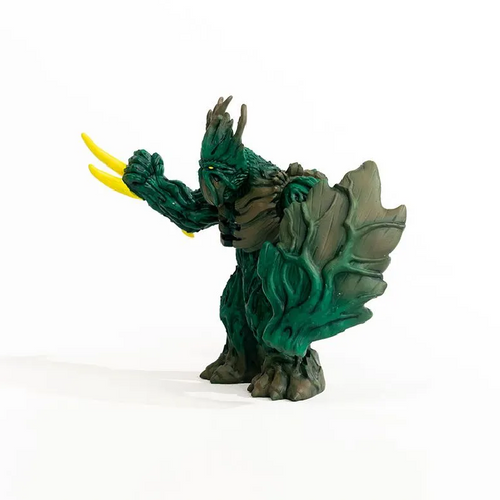 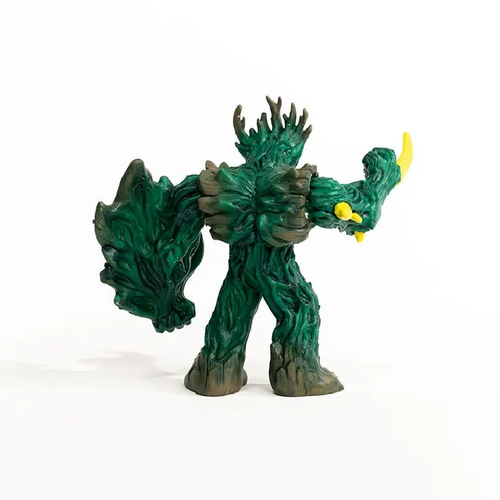 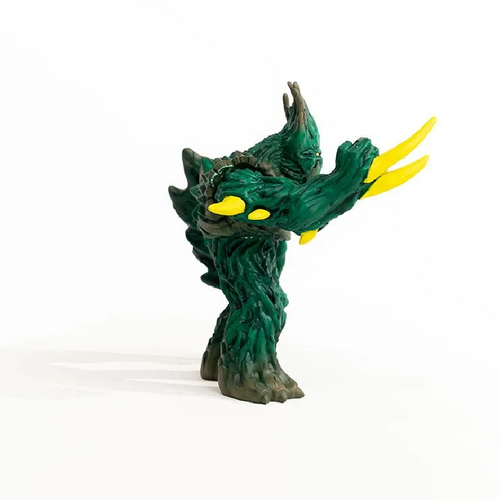 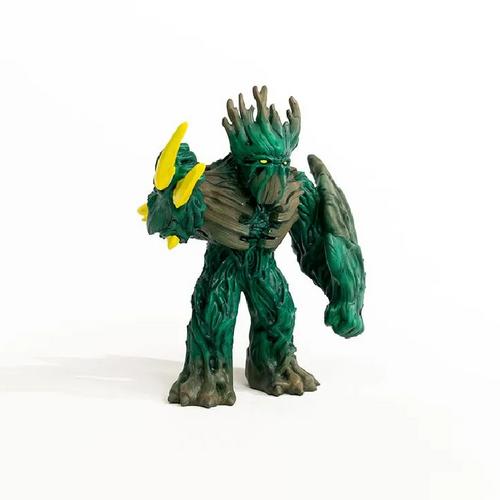 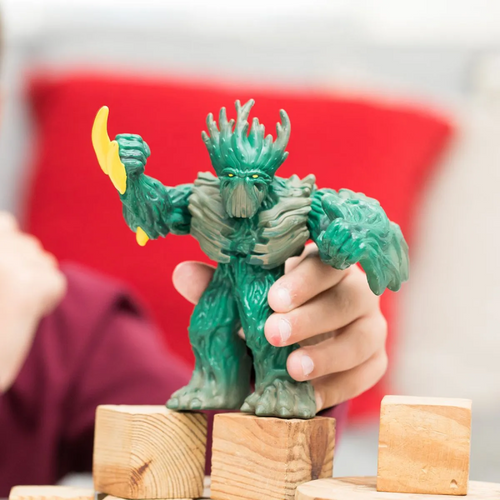 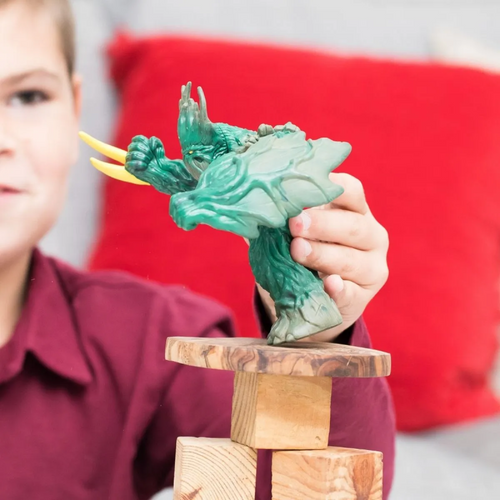 Schleich’s Jungle Emperor is a wild Eldrador creature living in the thick, dense jungle growth ready to attack or defend. This tree-like creature is sculpted standing on two strong legs which are covered in green and brown tangled vines, while its left arm and chest feature brown bark-like armour, as both green fists are clenched. On its right arm are some sharp, yellow spines which match its magical eyes, and on its head is a crown formed from tree branches, perfectly suited to this Jungle King. With moveable arms and rotating head and lower body, this beastie is perfect for your magical and mystical imaginary play.