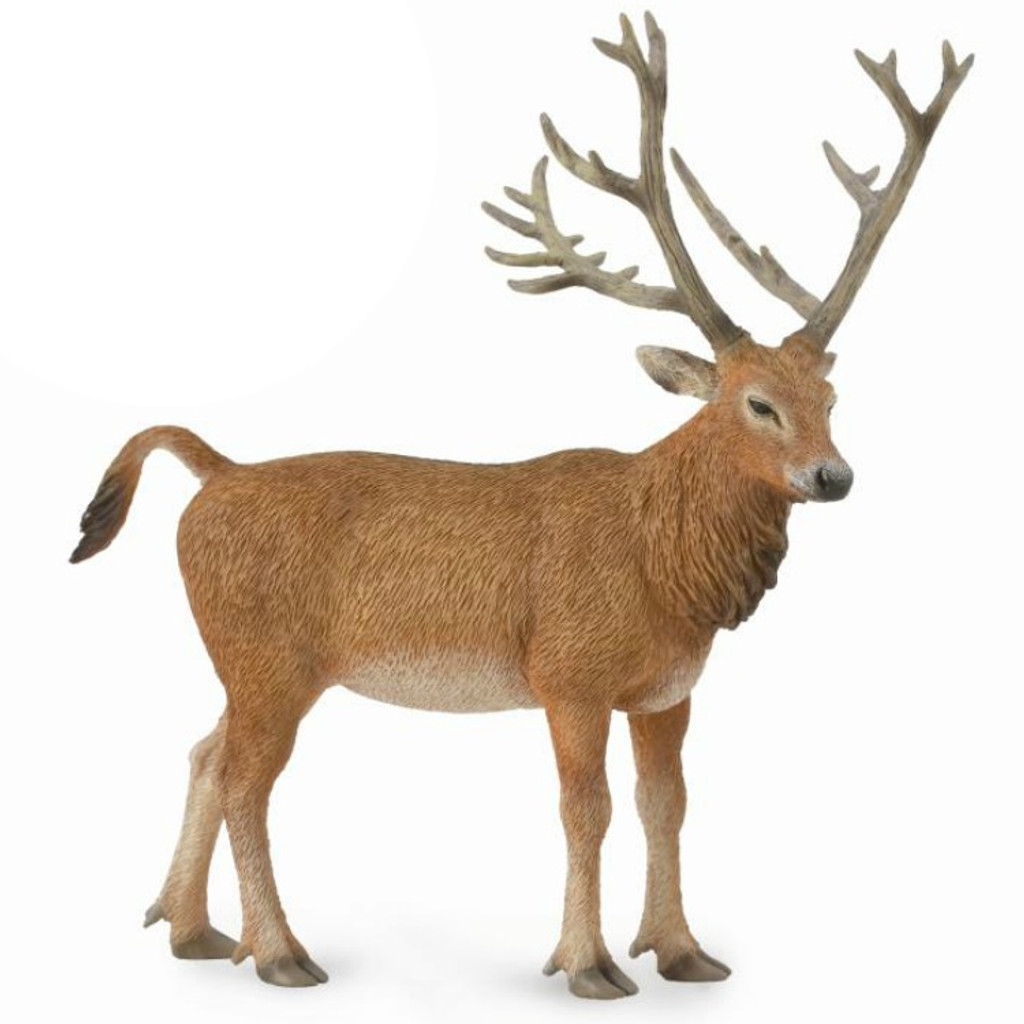 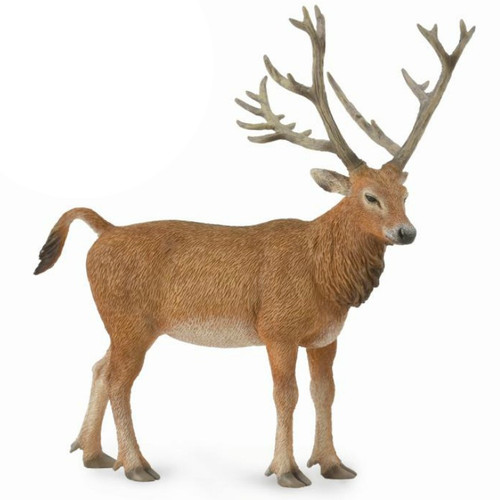 Père David's Deer is a very interesting species, unfortunately extinct in the wild. Only a few species are surviving in captivity. Père David's deer is closely related to the deer. Its native origin are the subtropics of China. This animal was made known to the Western world by a missionary (Père David) working in China. He was told that the animal's (informal) name was sibuxiang, literally meaning "four not alike“. This expression referred to the strange outlook of the animal: the neck of a camel, the hoofs of a cow, the tail of a donkey, the antlers of a deer.