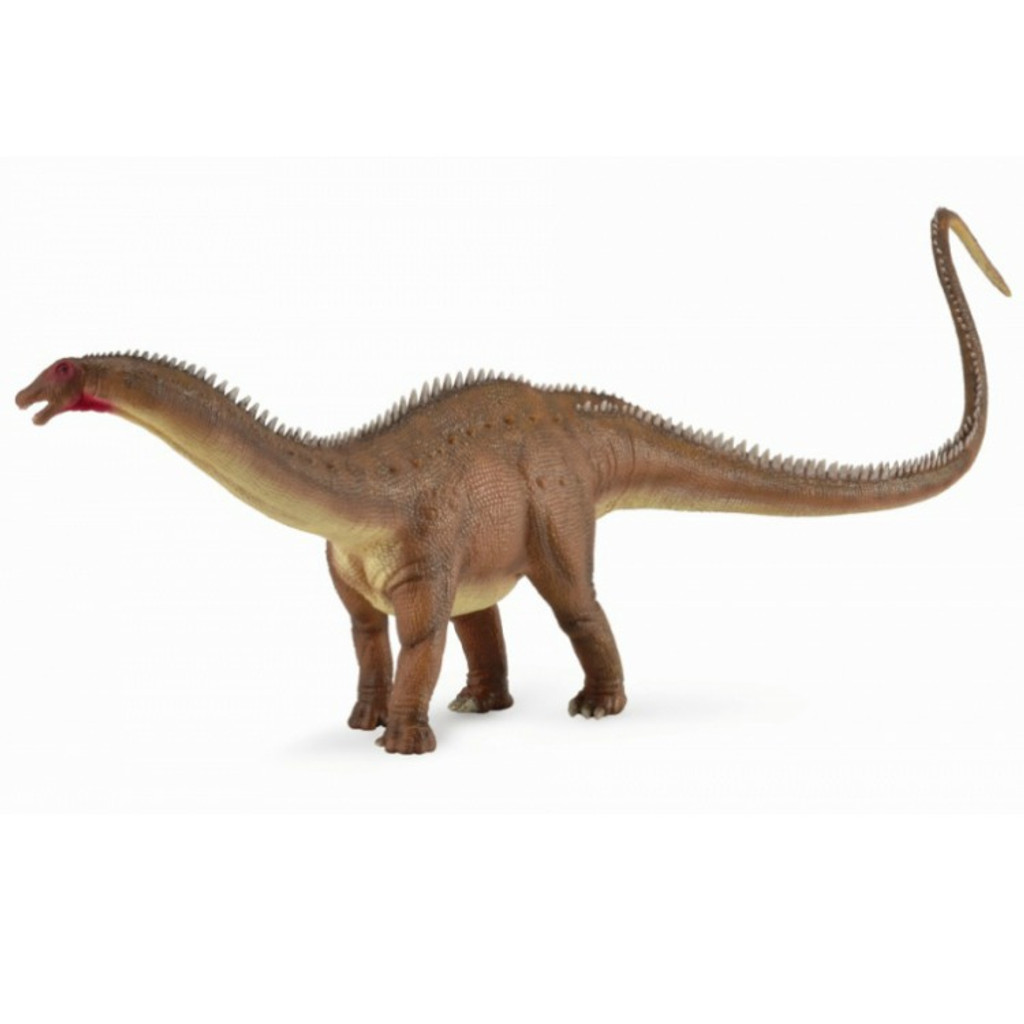 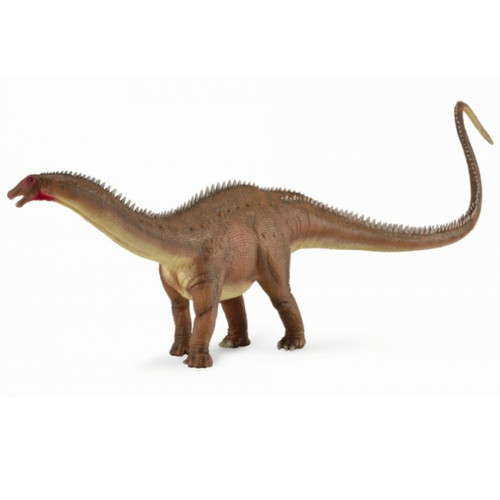 The popular sized CollectA dinosaur models continue with the Brontosaurus "thunder lizard": This was the sauropod dinosaur that everyone knew until it was declared to be just a species of Apatosaurus and the name was dropped. Recent research has now claimed that it was a separate genus from Apatosaurus and so the name has been resurrected. The animal was up to 22 metres (72 ft) in length. This is the first model of a Brontosaurus to have been made since its reinstatement.  The double row of dorsal scales on the tail offers a new interpretation for the placement of these.

A really good figure of Brontosaurus, it exhibits wonderful sculpted detail in multiple areas, but it is a little muddled in some other areas. The red on the head contrasts nice with the brown. I&#039;m glad to see a Brontosaurus figure after the new study about it being it&#039;s own animals.

I am not a dinosaur expert, but my 4year old loves it. Great size, sturdy and excellent value for money. I think the detail is good too, as it does not look tacky or cartoon like which some others do.