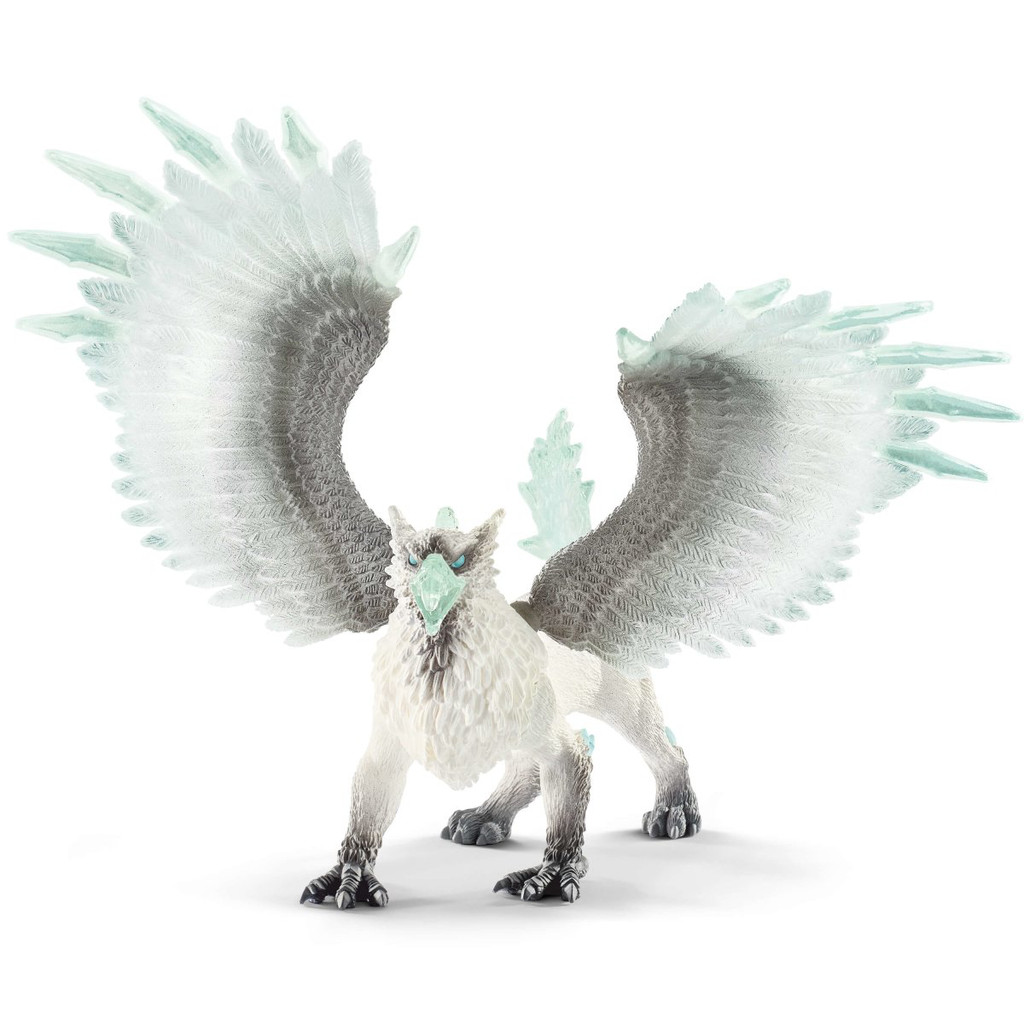 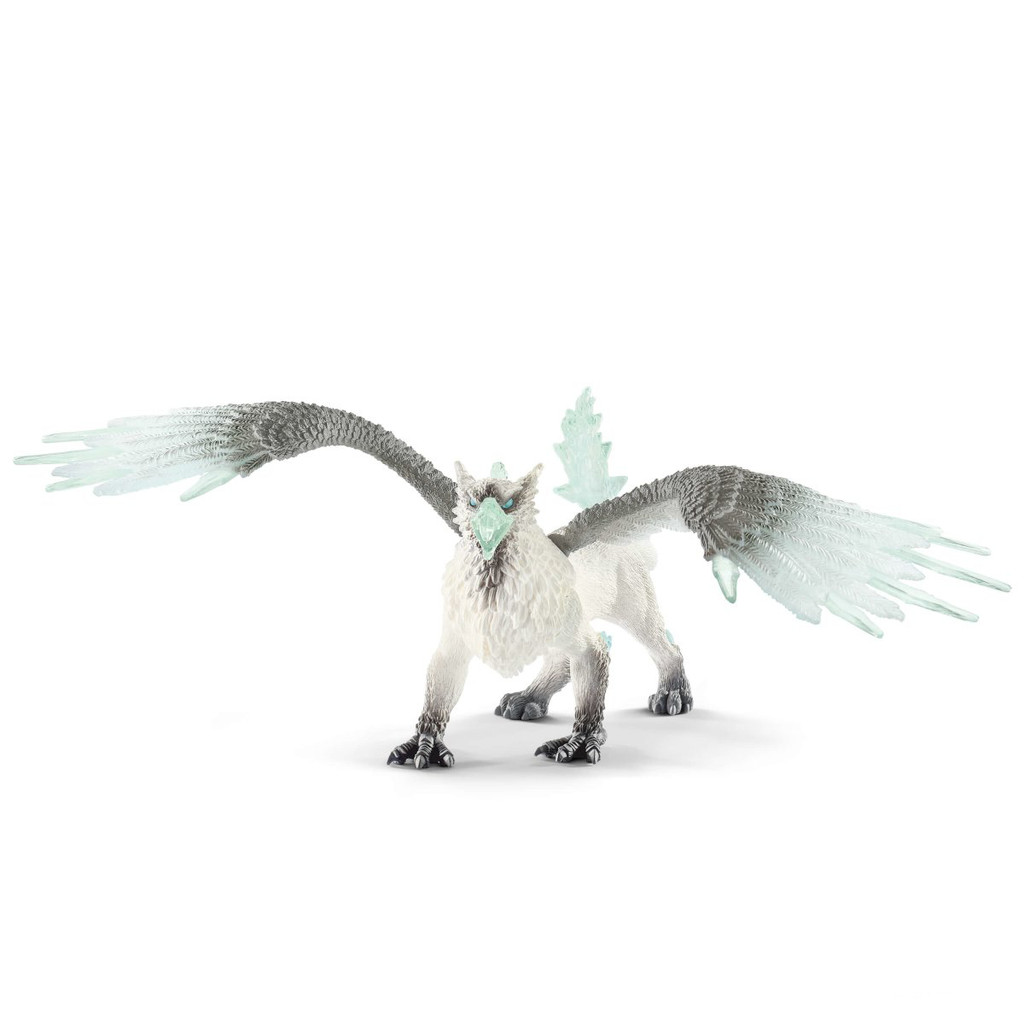 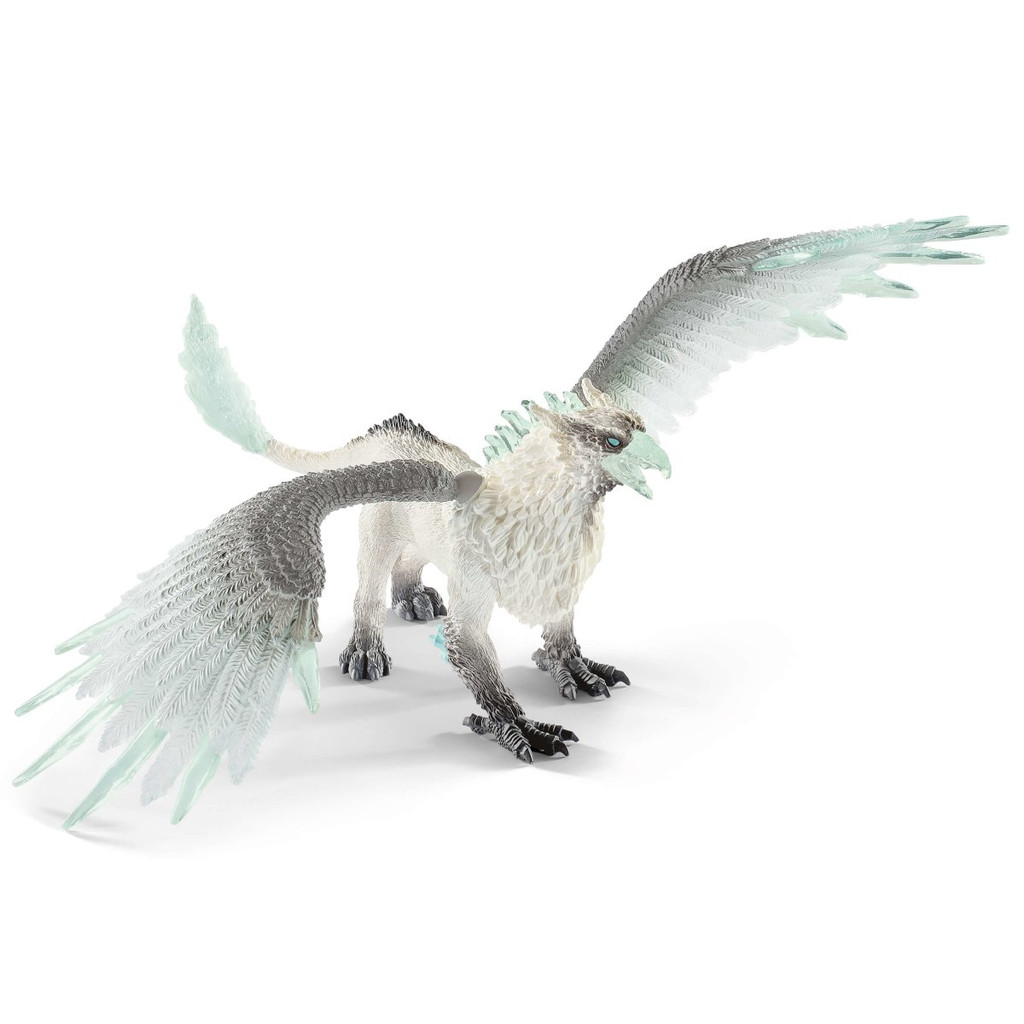 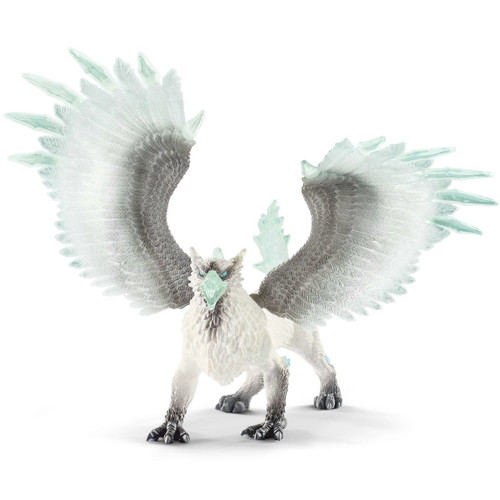 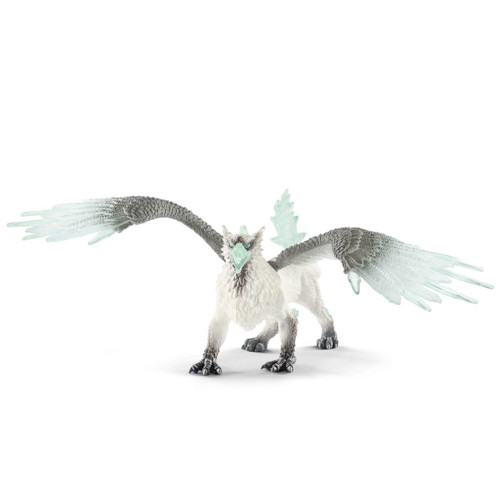 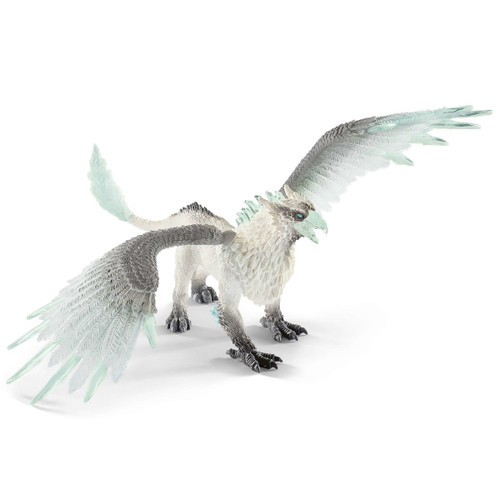 The Schleich ice griffin has several pointy weapons to neutralise its enemies: in a duel, it first pierces the attacker's armour with its many, pointed claws, then it pecks at him with its massive, sharp beak. Sometimes it might do things in the opposite order, depending on what it feels like. What’s more, the cold-blooded monster has six razor-sharp ice feathers on each of its mighty wings, which it uses to keep enemies at a distance. But sometimes it’s already enough when it caws with deafening noise – because the sound is ear-piercing! Its opponents thus often choose to take off into the distance! It forms an ice-cold team together with the ice dragon, which rules over the bone-chilling heights of the ice world.