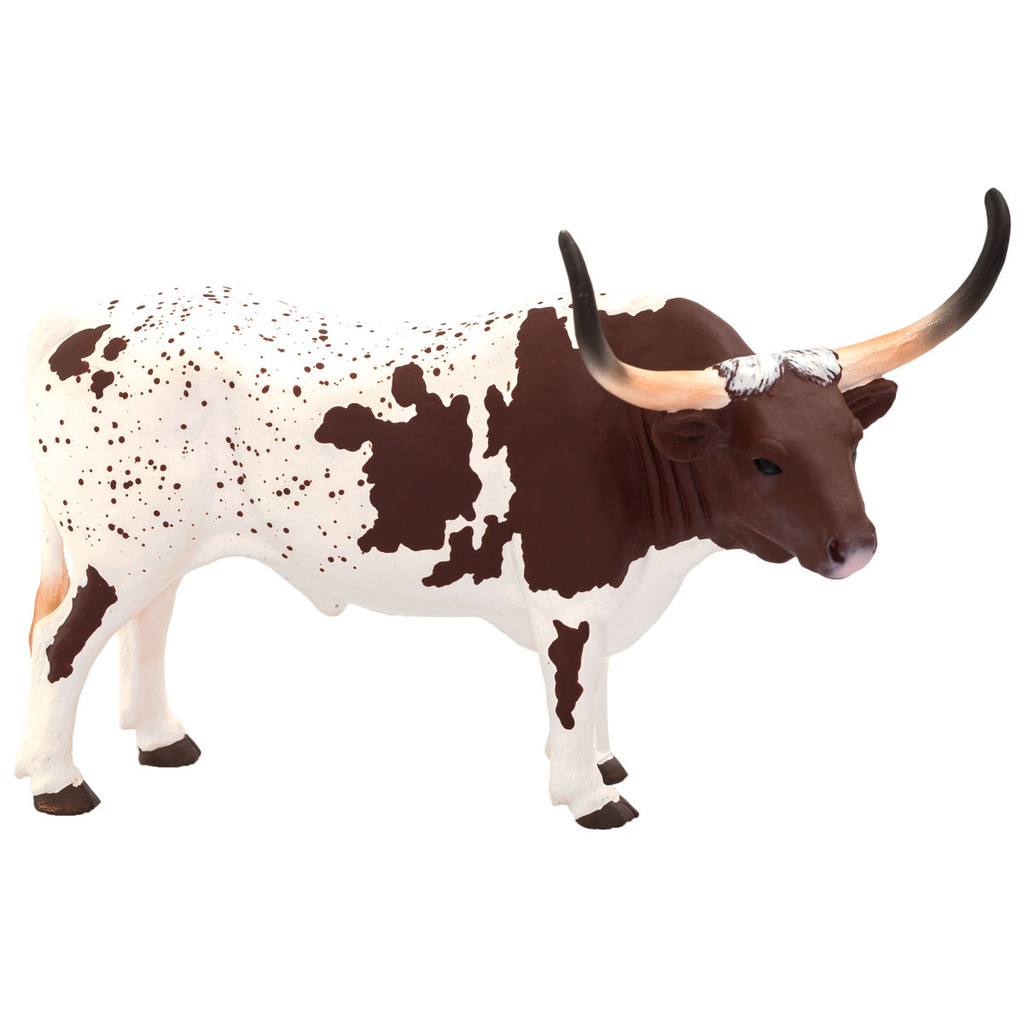 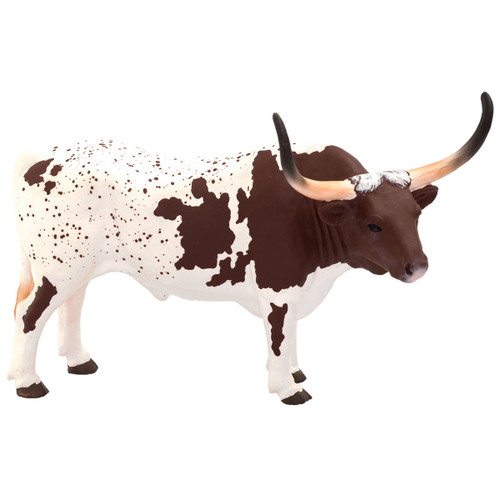 The Texas longhorn is something of a rarity among breeds because it developed naturally rather than as a product of human selective breeding, as a result of wild Spanish stock mixing with the free-range domestic cattle of settlers. The half-wild Texas longhorn was recognised as a distinct breed of cattle around the time of the Civil War, and it grew in popularity until the early 1900s. When ranchers started fencing their pastureland and open ranges declined, the Texas longhorn lost favour to other breeds

Really nice look to this bull. Coat patterning is excellent.