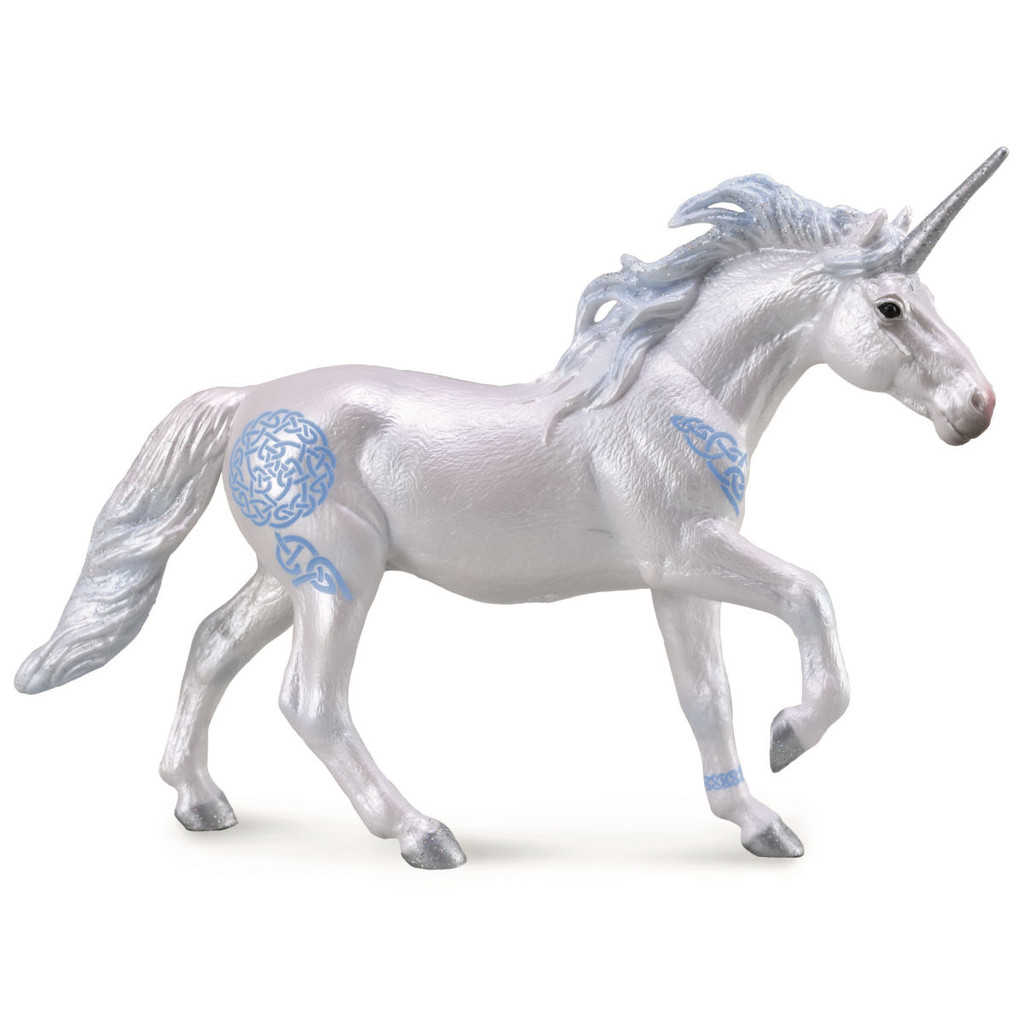 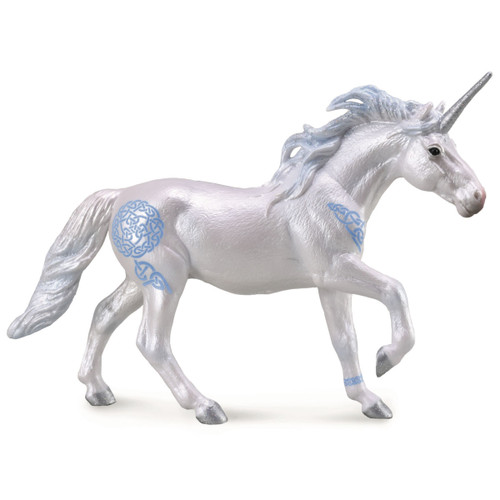 The unicorn is a legendary creature that has been described since antiquity as a beast with a single large, pointed, spiraling horn projecting from its forehead. The unicorn appears in mythology all around the world, in worldly so as in biblical mythology. It is often depicted as an extremely wild woodland horse-like creature and a symbol of purity and grace. The CollectA unicorn was decorated with Celtic symbols, which are associated with having magical power.