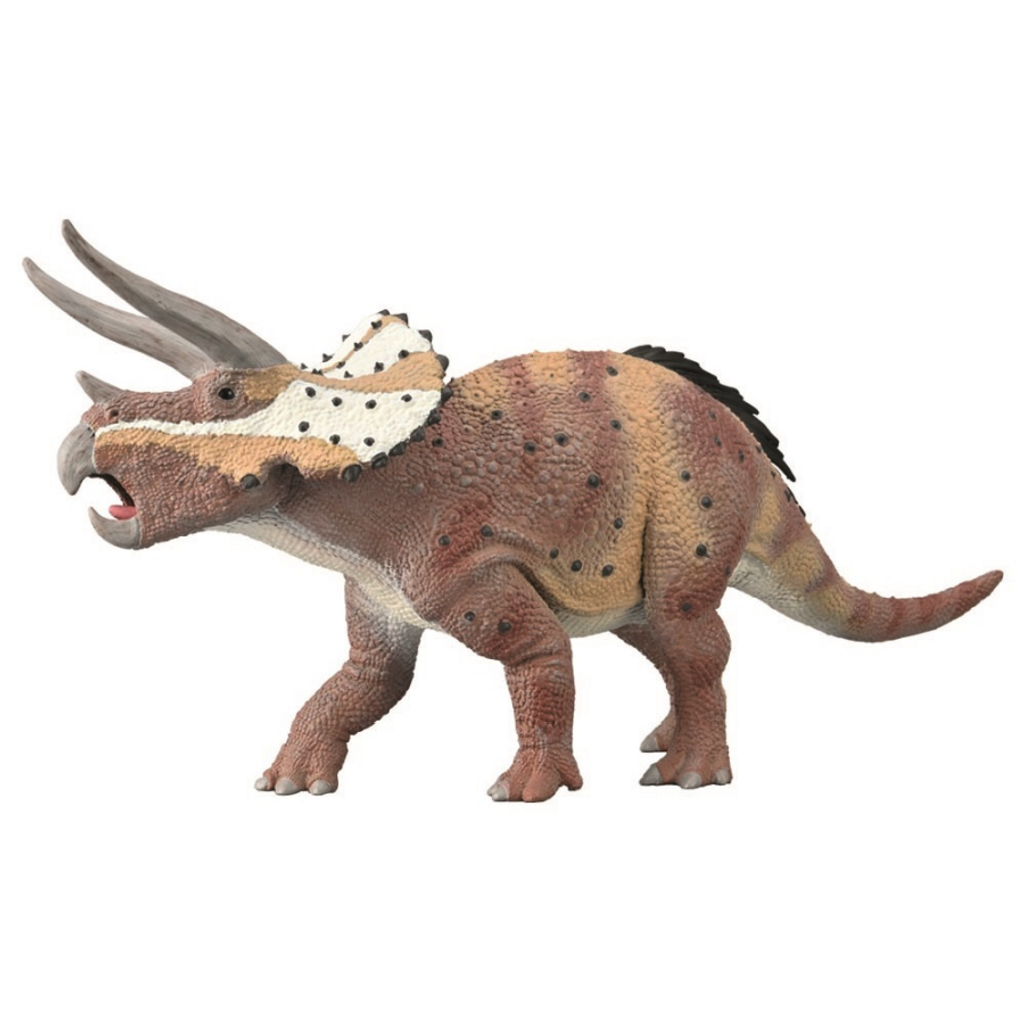 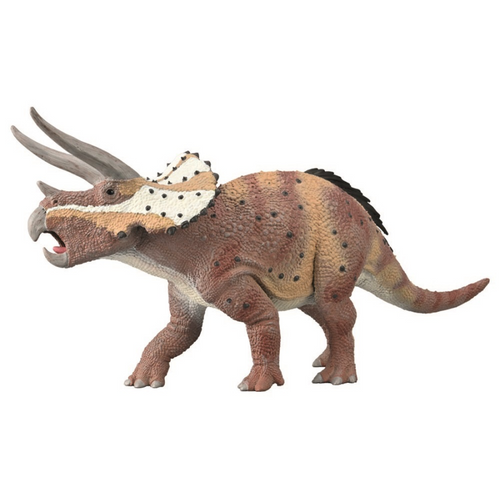 The CollectA Triceratops Horridus Deluxe is an impressively sculpted large ceratopsian (or horned dinosaur) modelled in a walking position. It has been painted predominantly brown, with tan and red coloured stripes on its body, tan and white stripes on its large neck frill, a cream underbelly, and small black spots all over. It features two large, elongated, grey horns above its eyes and one smaller horn on its nose. Scaly detailing is evident across its body from its grey beaked mouth, across its strong and uniquely patterned head and neck frill, all over its muscular body and legs, as well as down its tail. Take this impressive herbivore for a prehistoric adventure or set it up in your personal dinosaur museum.