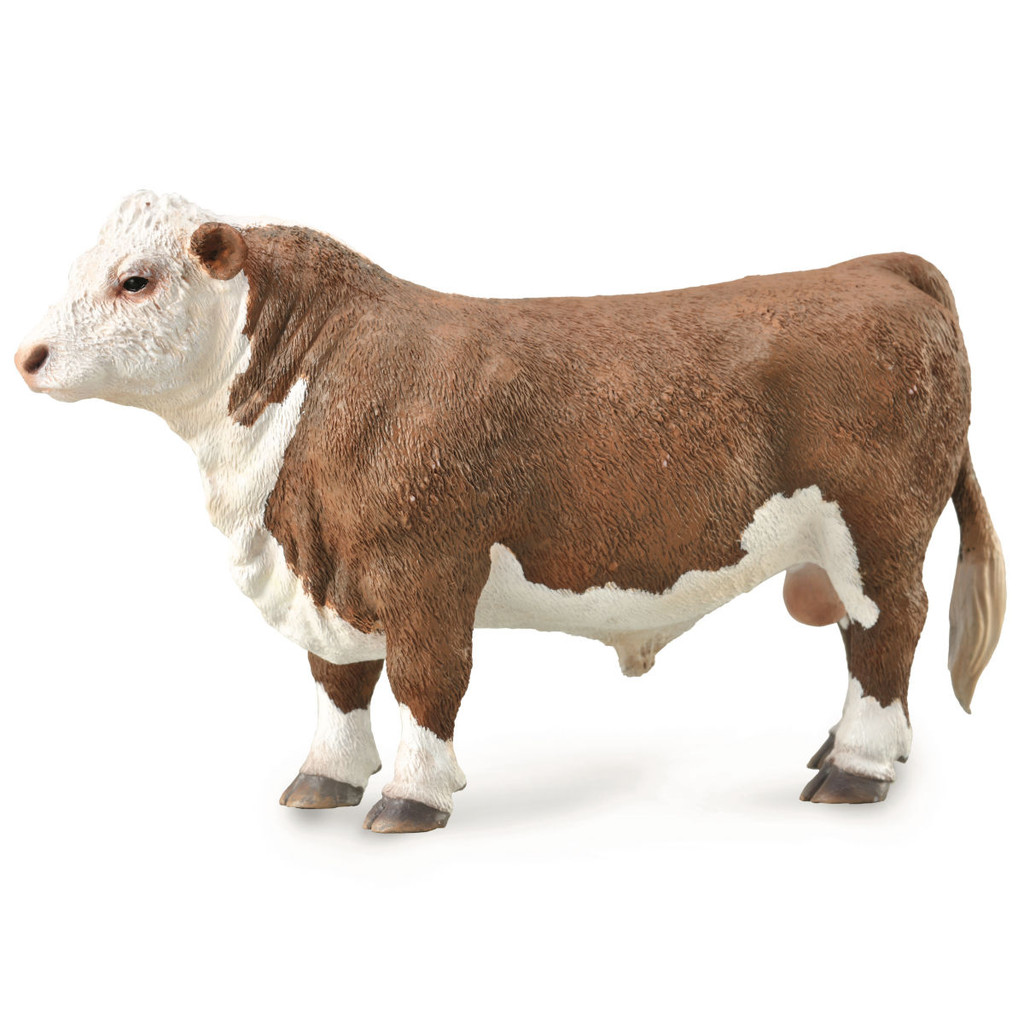 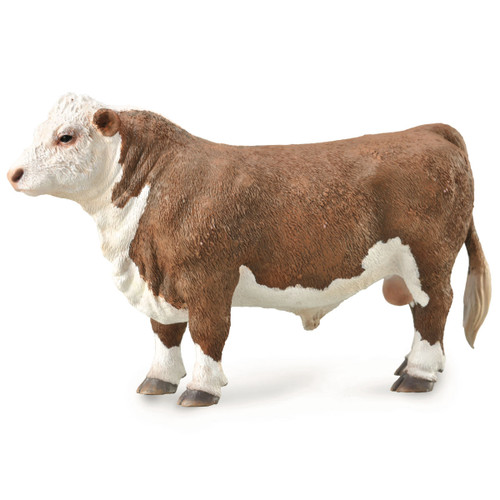 Hereford Cattle is a British breed of beef cattle that originated in the county of Herefordshire, in the West Midlands of England. They originally found great popularity among ranchers of the American Southwest, testament to the hardiness of the breed; while originating in cool, moist Britain, they have proven to thrive in much harsher climates on nearly every continent.  This 2019 Hereford Bull is a new sculpt with new colouring.