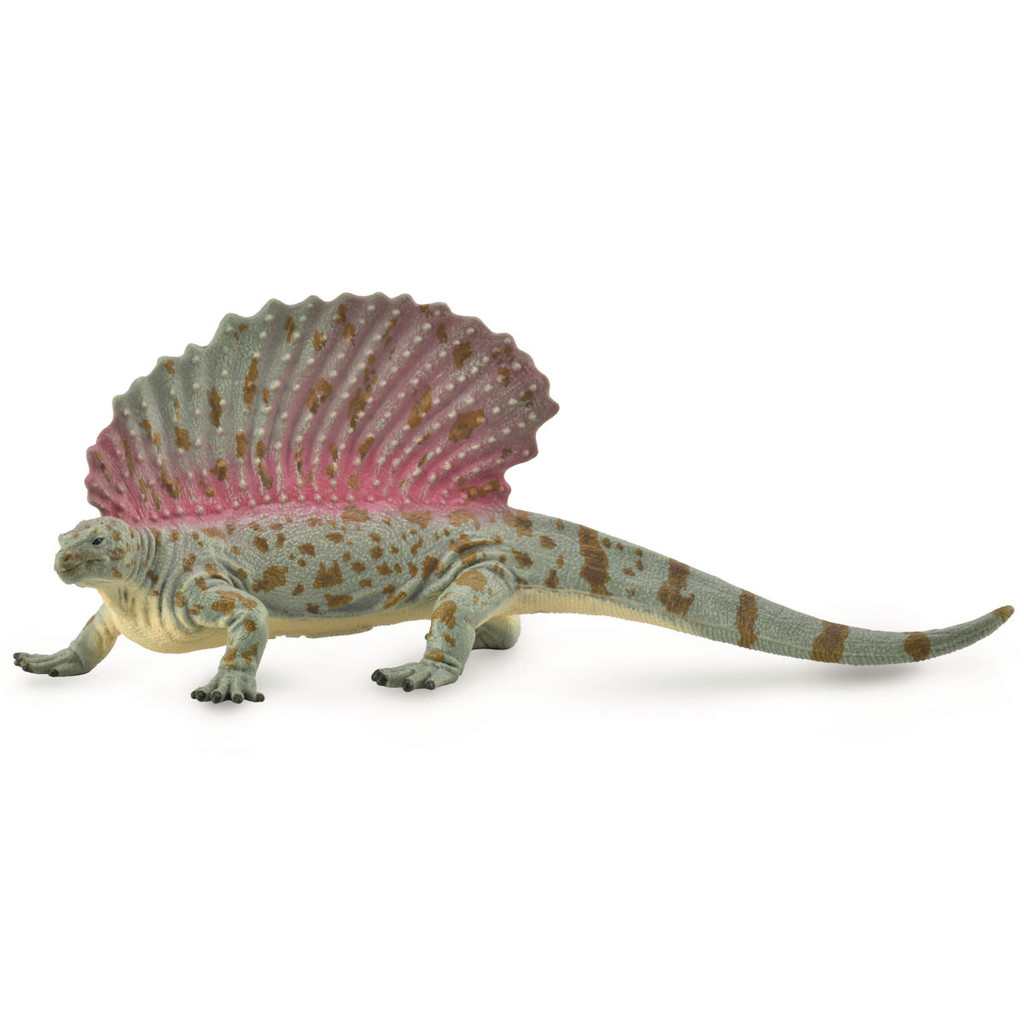 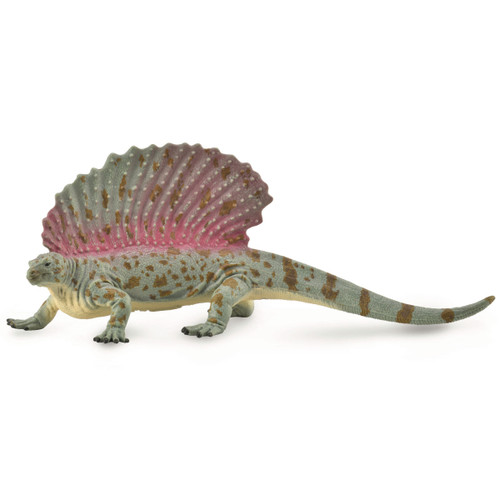 Own it from $10/wk
Description
Edaphosaurus means 'Pavement lizard'. It is not a dinosaur but a Synapsid like Dimetrodon, that CollectA released last year. However unlike Dimetrodon it was a herbivore. It had a small head compared with its body size and a dense battery (or pavement) of teeth for crushing vegetation which gave it its name.
Like dimetrodon it also had a sail on its back but this had cross bars projecting horizontally and the Edaphosaurus evolved their sails independently of dimetrodons. This CollectA model raises the body off of the ground for walking like a modern crocodile.

I am happy to see that another Permian pelycosaur has come into being as there are enough Dimetrodons out there. I like the color scheme of grayish green with brown spots and stripes and the lavender in the sail is a nice touch. Overall, the figure is very well sculpted with careful attention to detail. I know this will make a fabulous edition to anyone&#039;s collection of prehistoric figures. I hope that they will continue to produce more Permian figures as there were some really interesting animals living at this time. .

A highly detailed piece that looks great with the collecta dimetrodon.