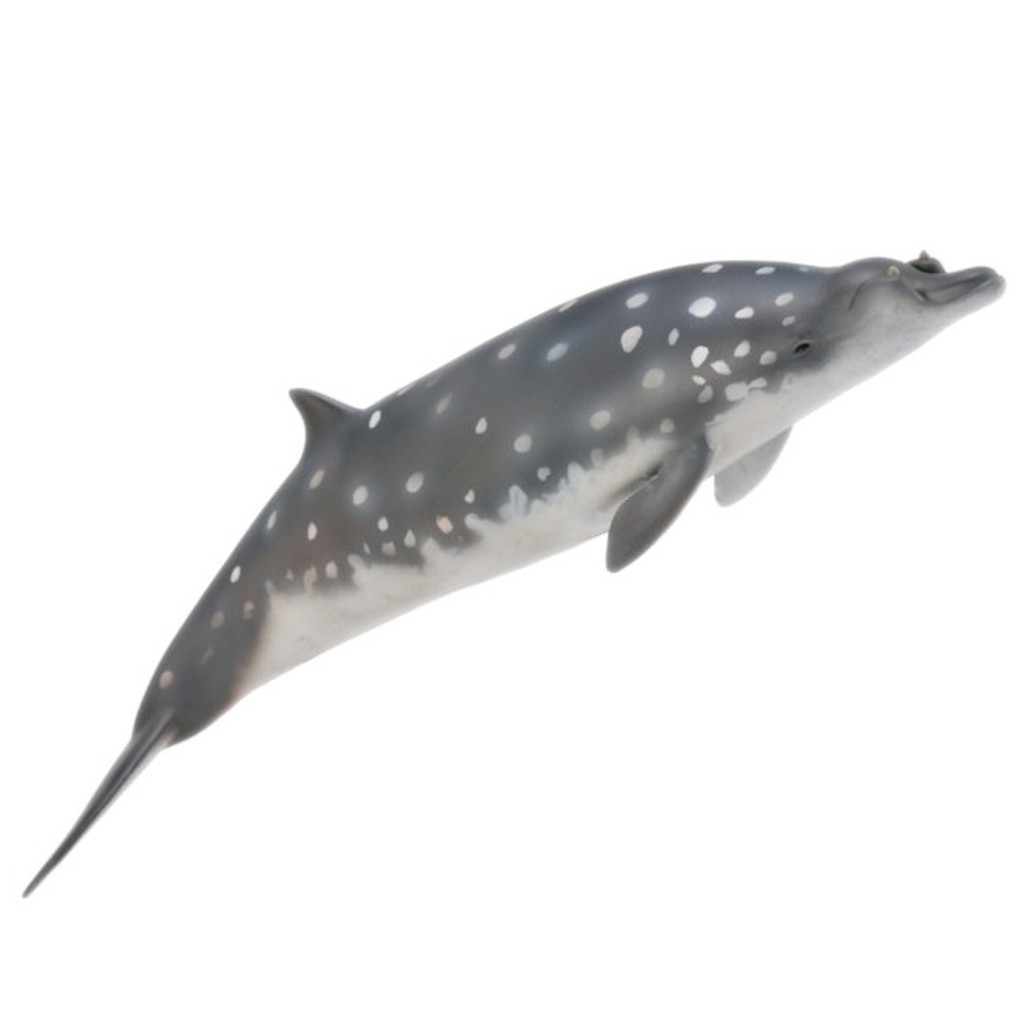 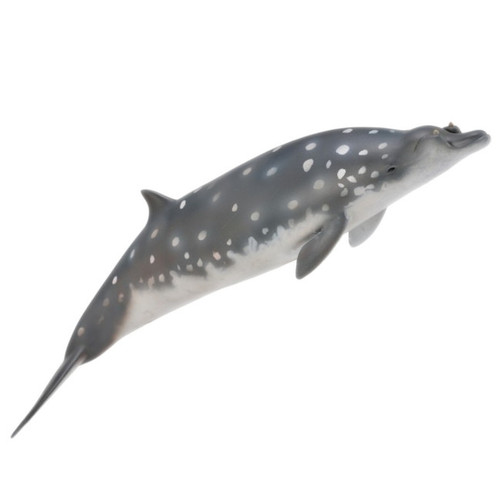 This popular figurine has been hand-painted with realistic spots over the body and tail. There are a number of small scratch marks purposely added for realistic effect aswell. Fun facts about the sea creature: Blainville's Beaked Whale or the dense-beaked whale, is the widest ranging mesoplodont whale and perhaps the most documented. The French zoologist Henri de Blainville first described the species in 1817 from a small piece of jaw — the heaviest bone he had ever come across — which resulted in the name densirostris (Latin for dense beak). The body of Blainville's beaked whale is robust, but also somewhat compressed laterally compared with other mesoplodonts.