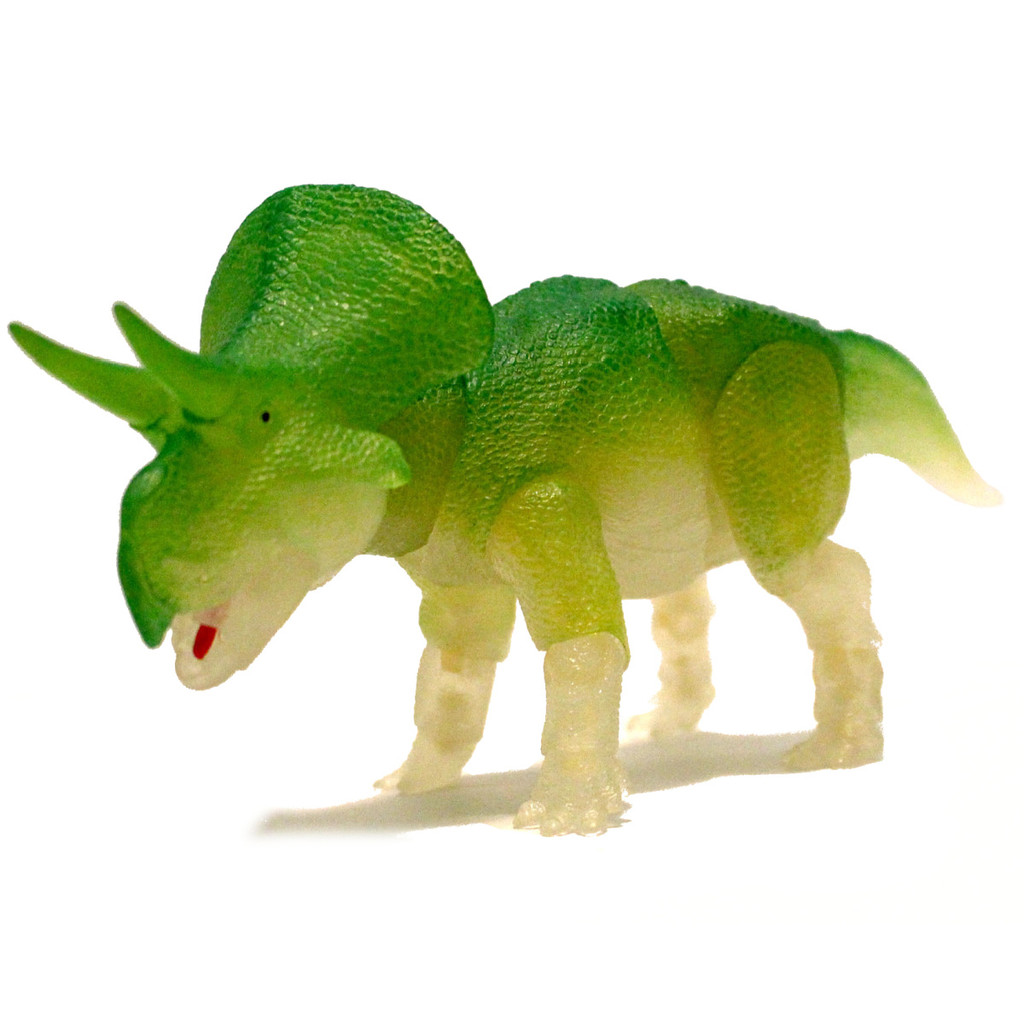 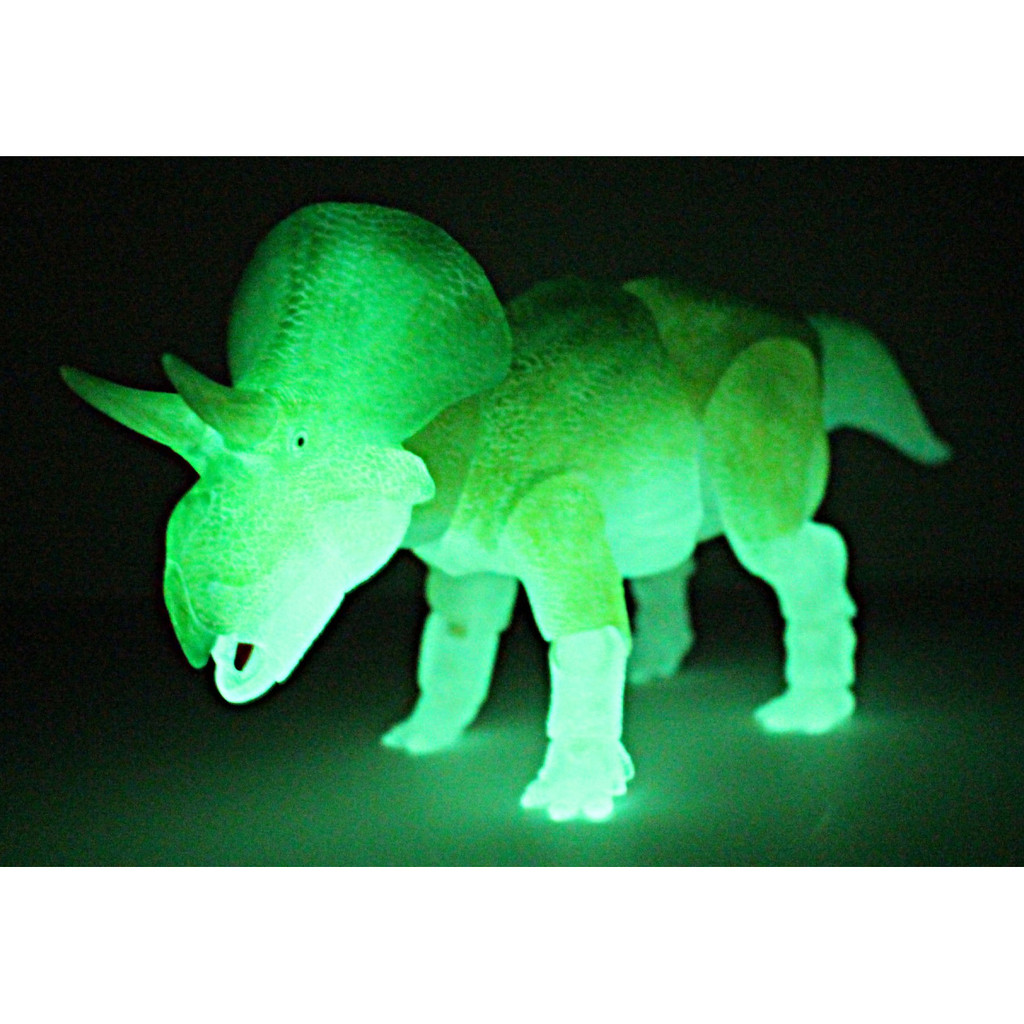 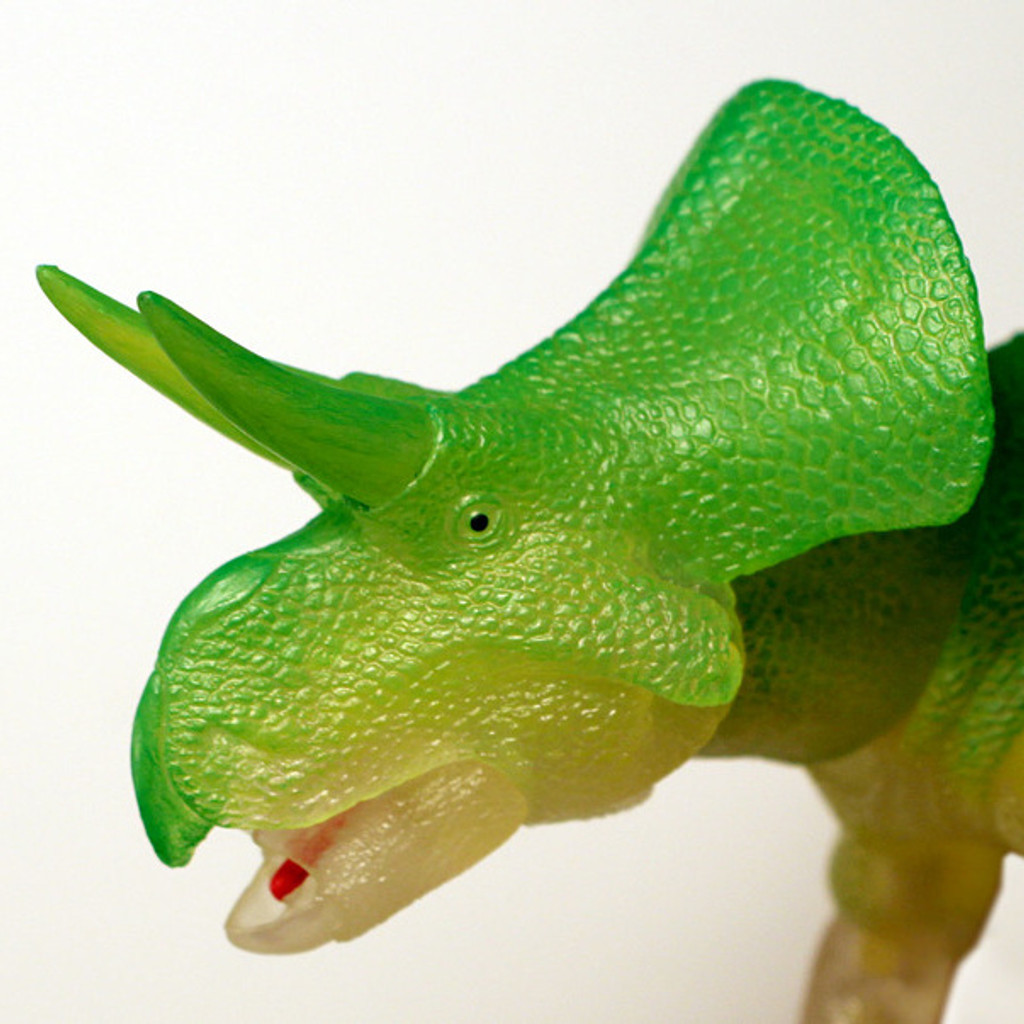 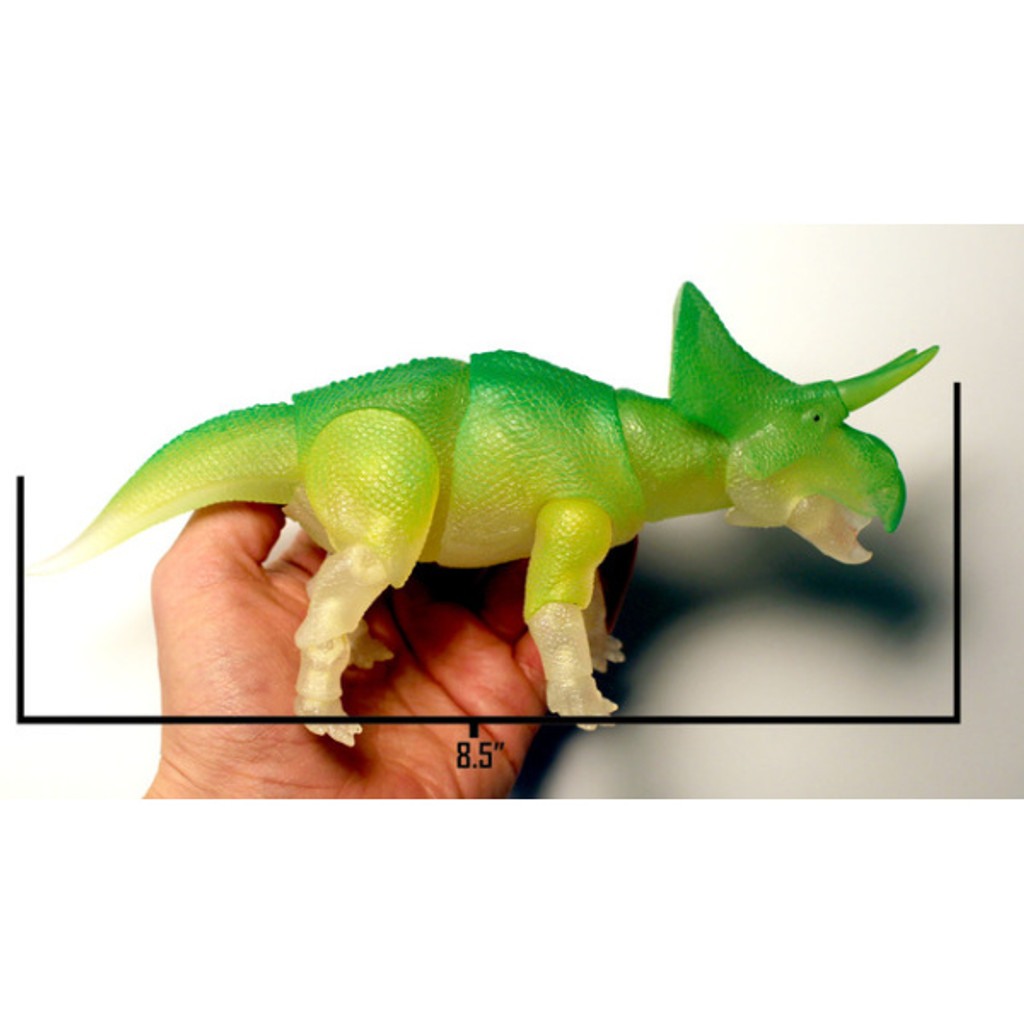 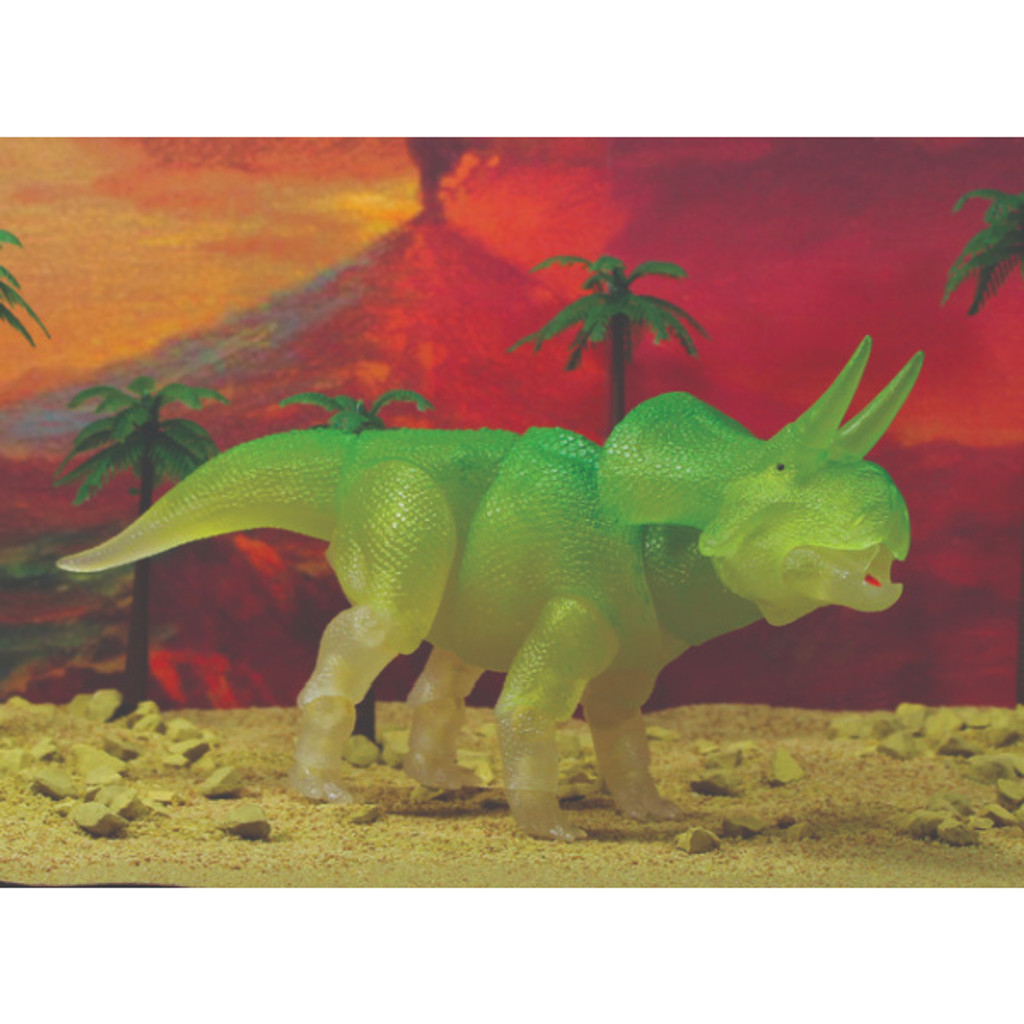 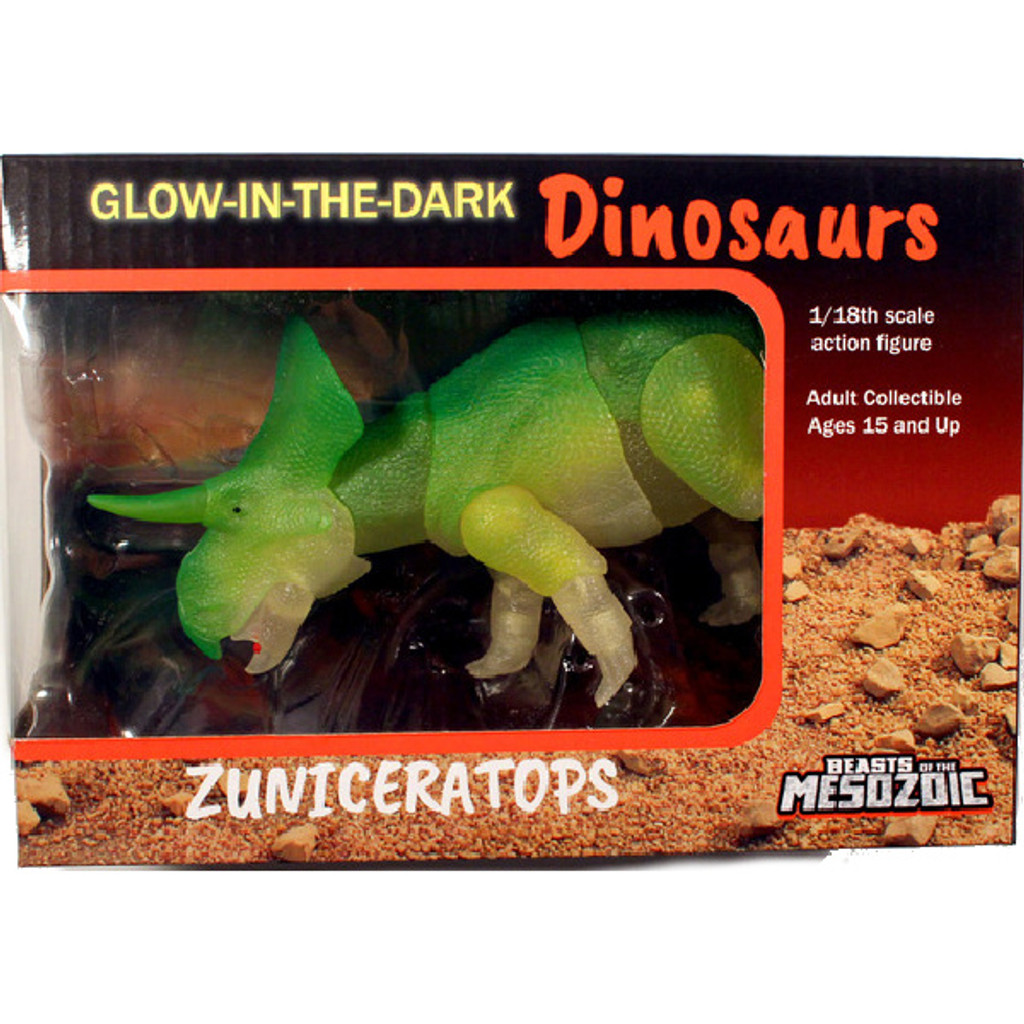 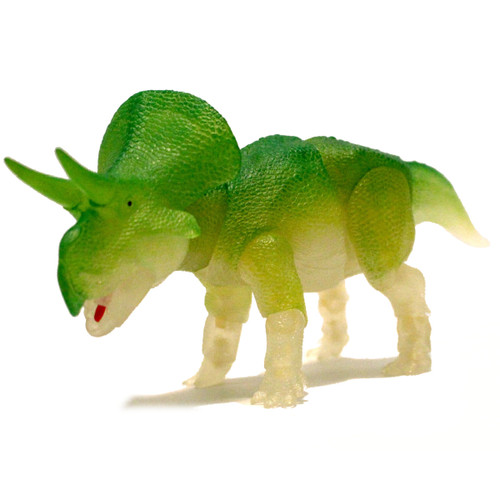 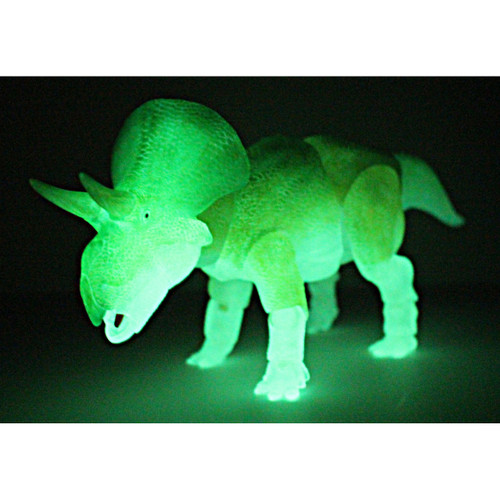 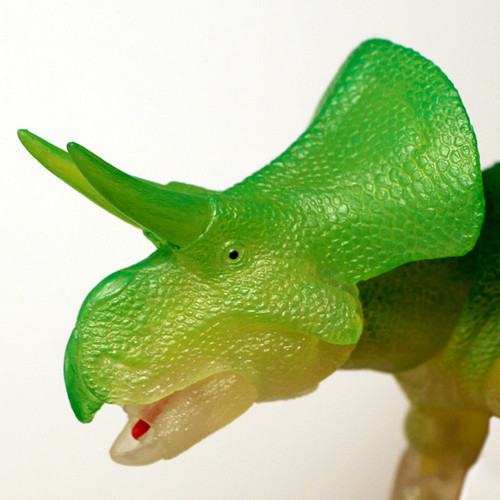 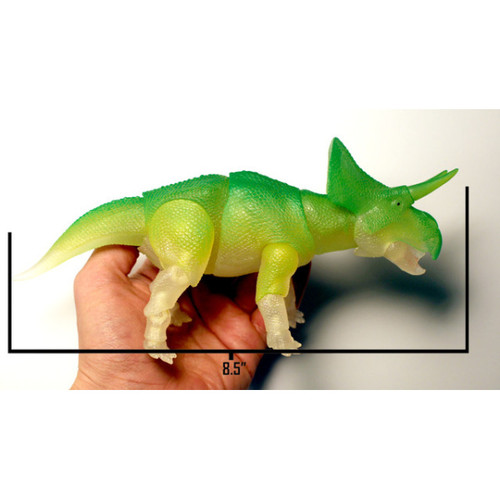 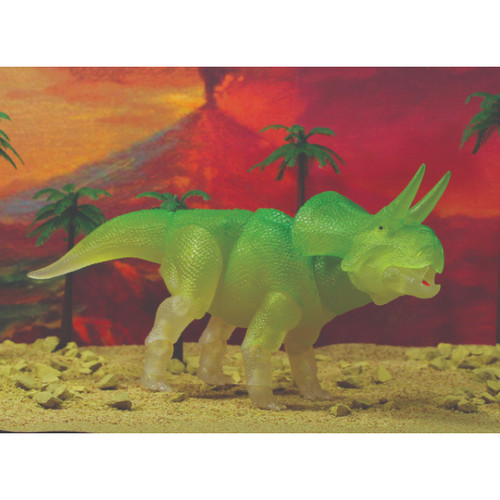 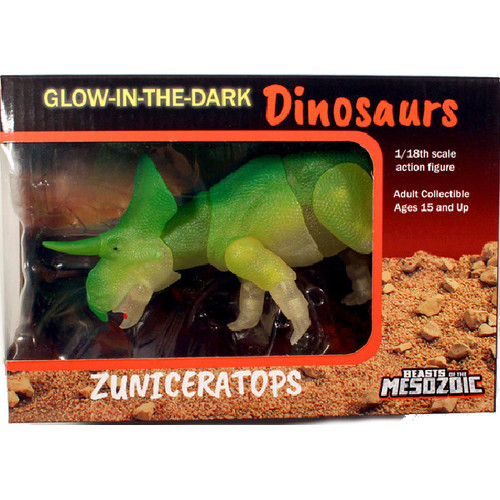 The Zuniceratops by Creative Beasts Studios is an impressively sculpted ceratopsian, or horned dinosaur, with bright glow-in-the-dark abilities. It has been painted green, with its colouring fading on its light green underbelly, down to its translucent legs. It features two long horn in between its eyes, while scaly detailing is evident across its body from its beaked mouth, across its strong neck frill, all over its muscular body and legs, as well as down its tail. This ceratopsian has 19 points of articulation and is sculpted in 1/18th scale.