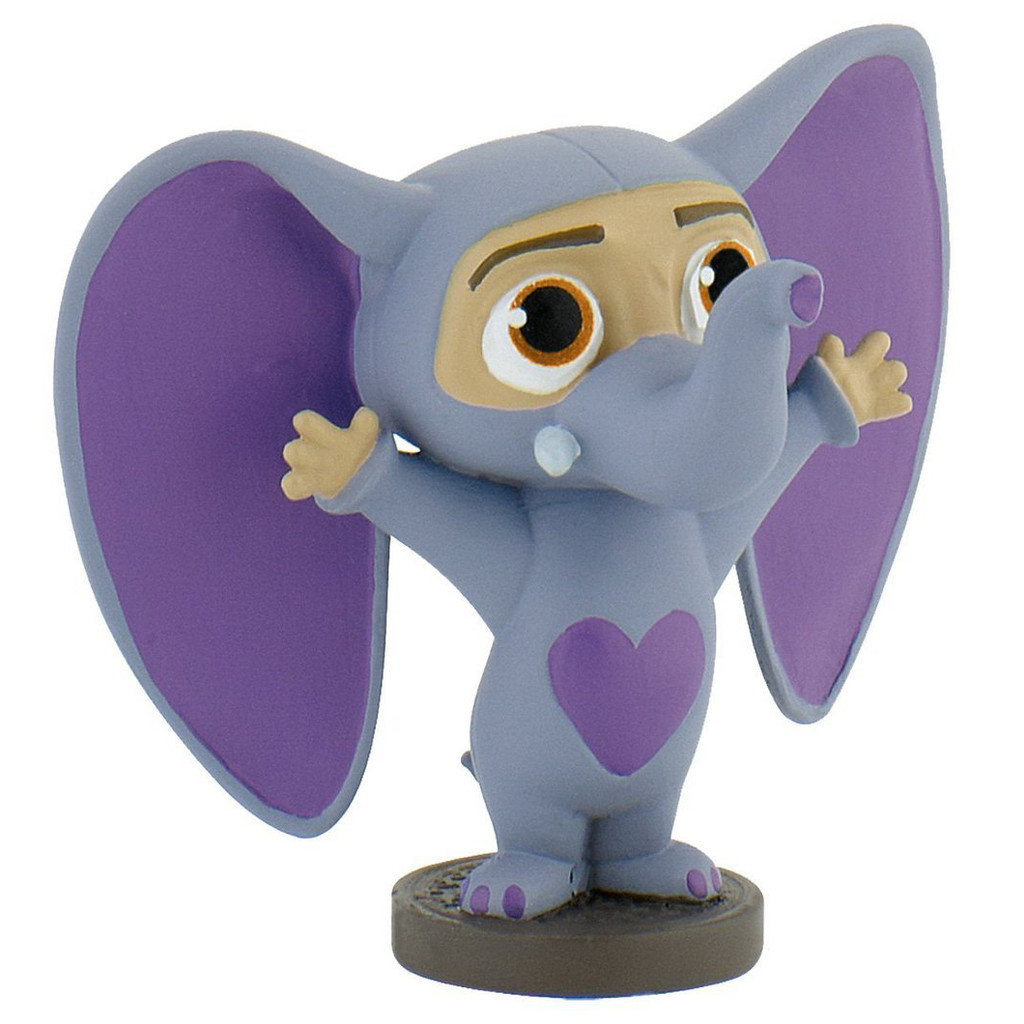 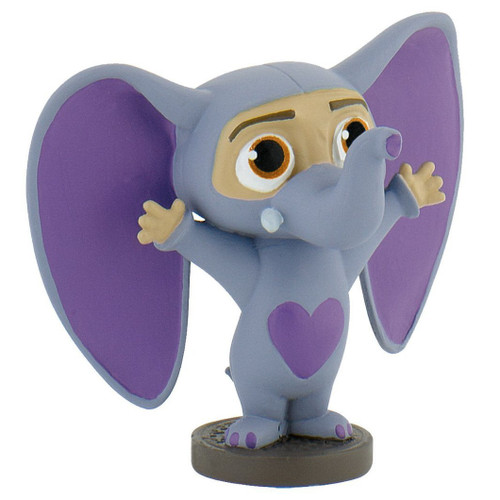 Bullyland released Finnickphant in 2016 along with the Disney movie, Zootopia. Finnick is a Fennec Fox who dresses in an elephant costume to act out a scheme with his fox buddy, Nick Wilde. This PVC free figurine shows Finnick in his purple elephant costume with trunk and arms lifted high.

The Story: From the largest elephant to the smallest shrew, the city of Zootopia is a mammal metropolis where various animals live and thrive. When Judy Hopps becomes the first rabbit to join the police force, she quickly learns how tough it is to enforce the law. Determined to prove herself, Judy jumps at the opportunity to solve a mysterious case. Unfortunately, that means working with Nick Wilde, a wily fox who makes her job even harder.