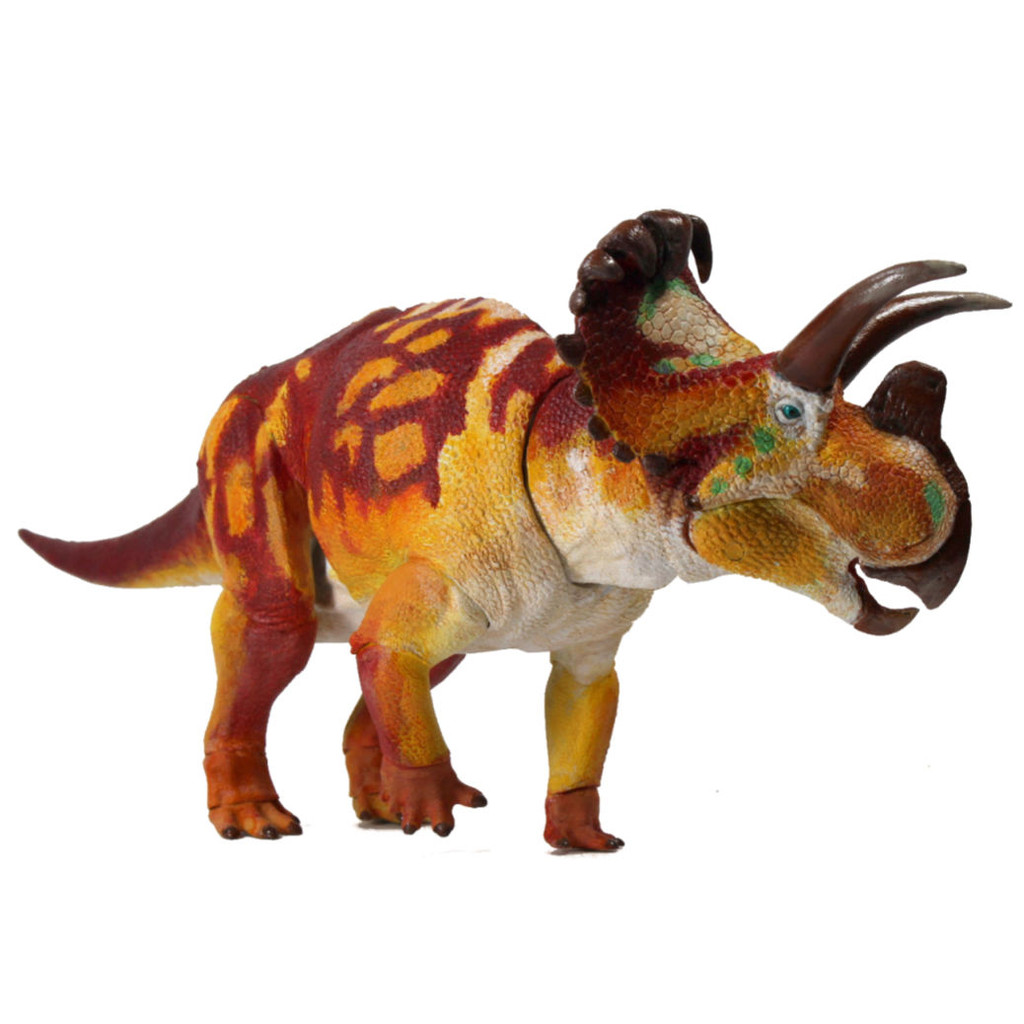 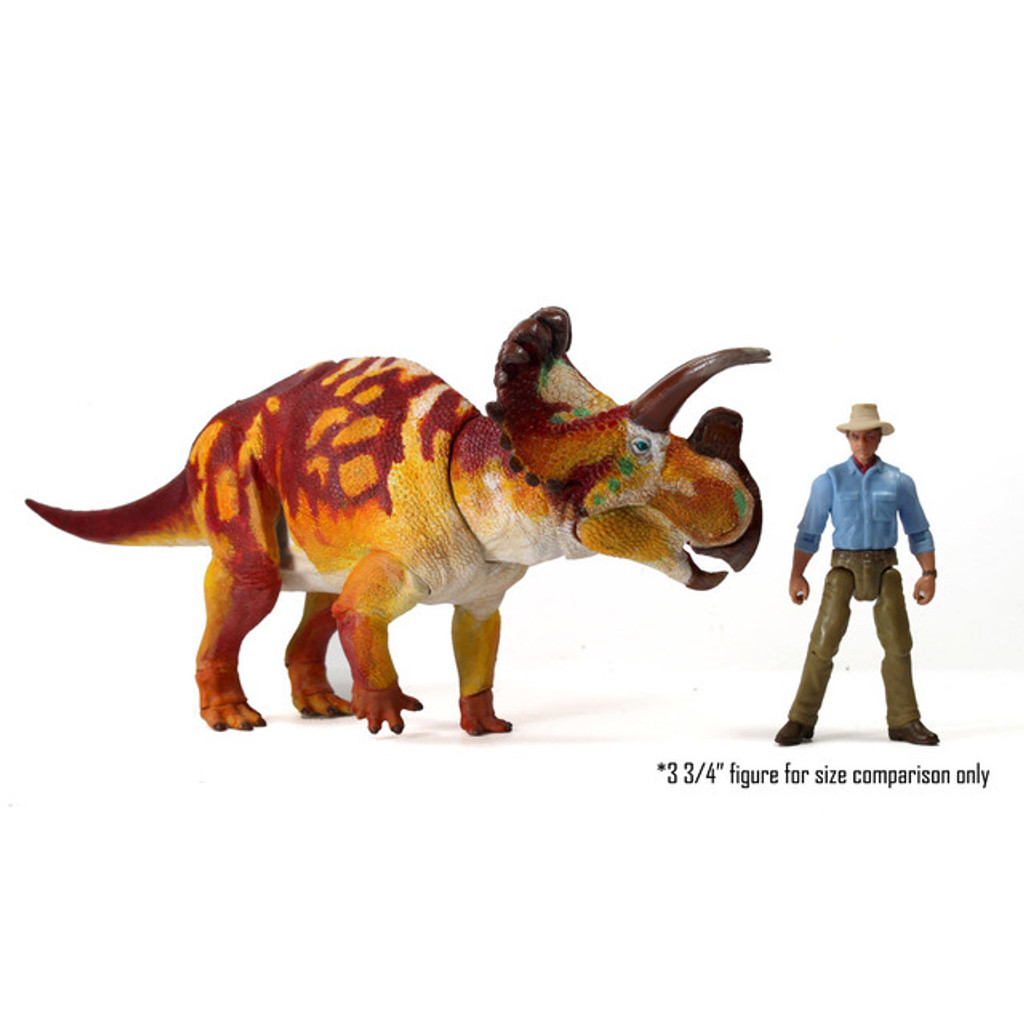 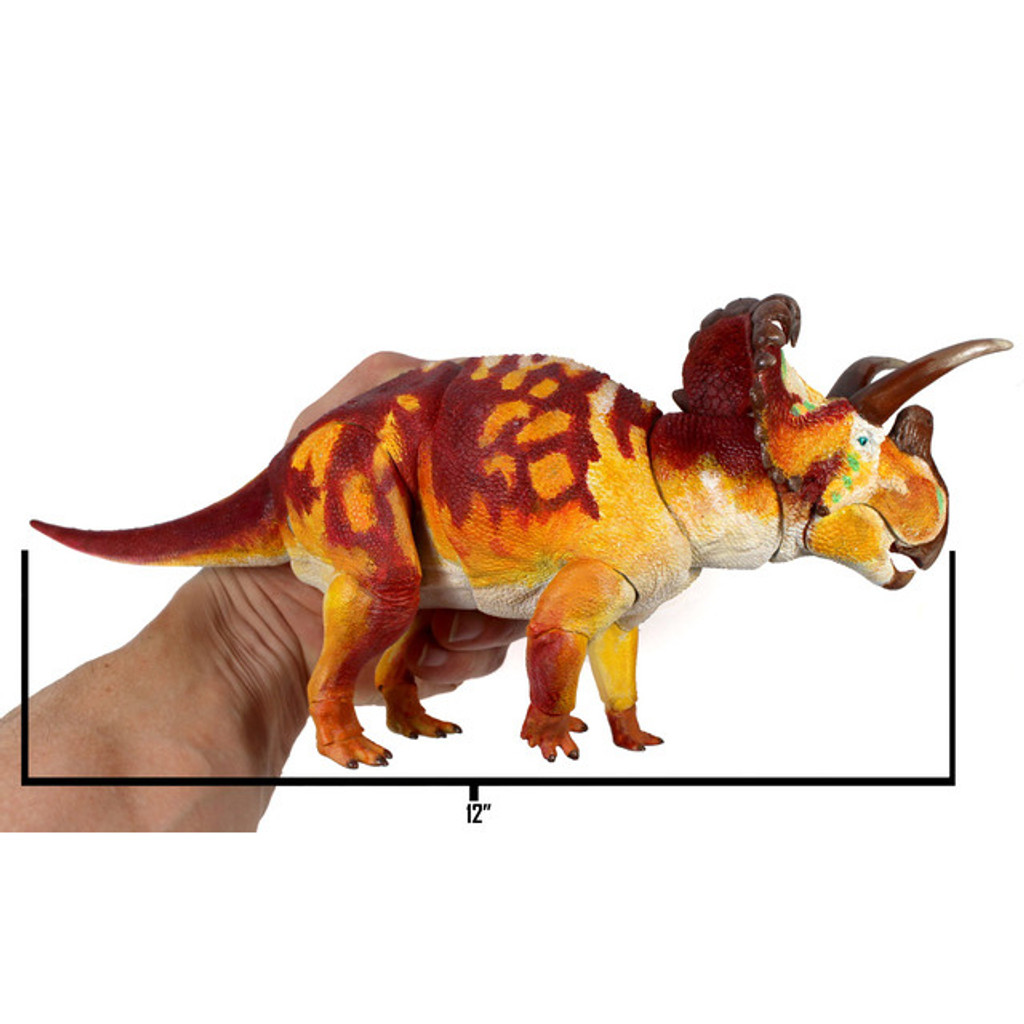 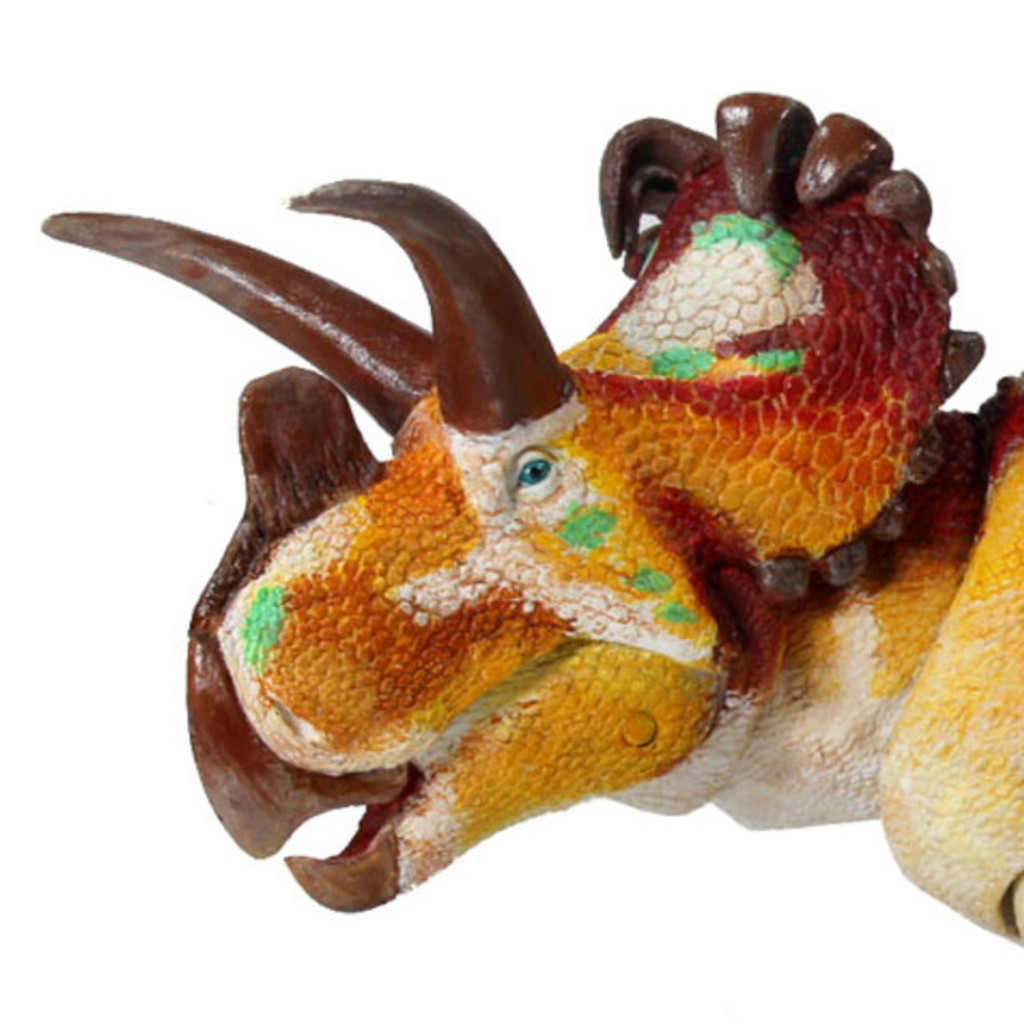 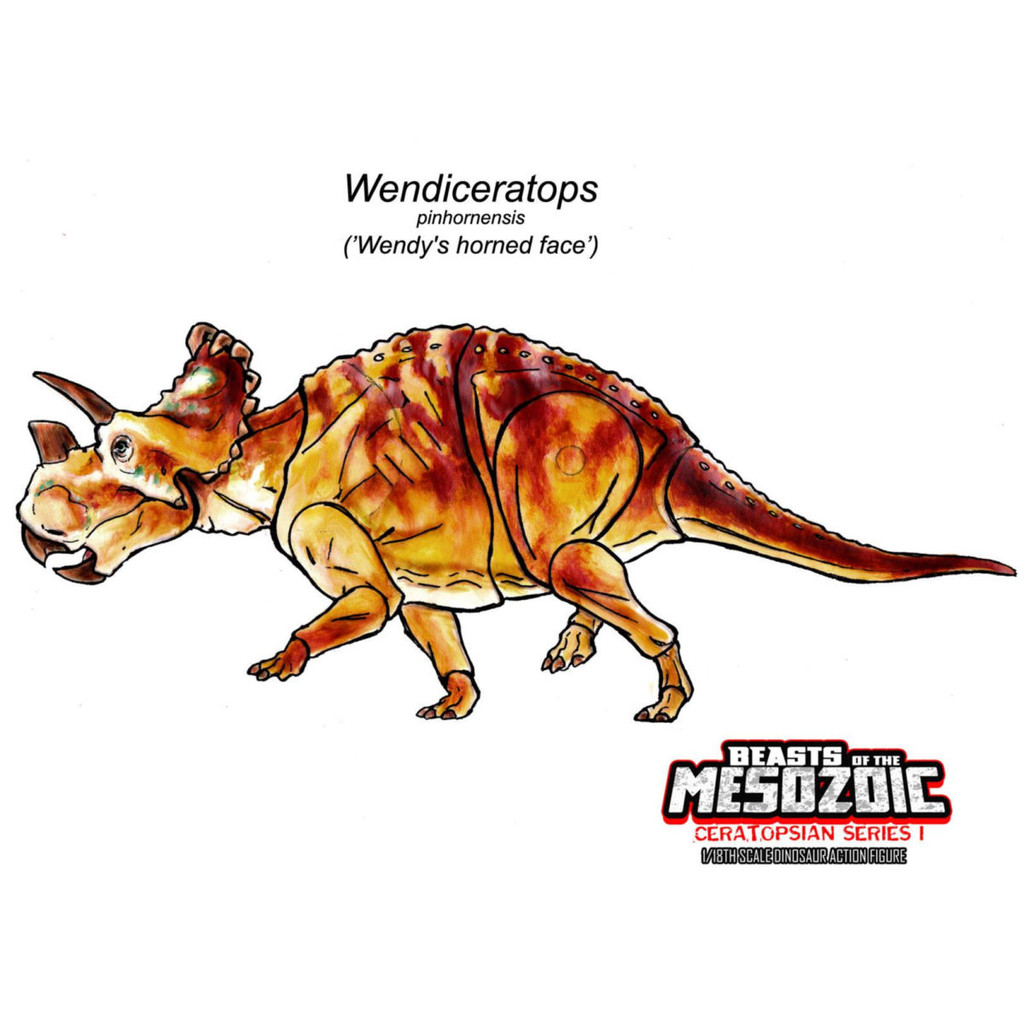 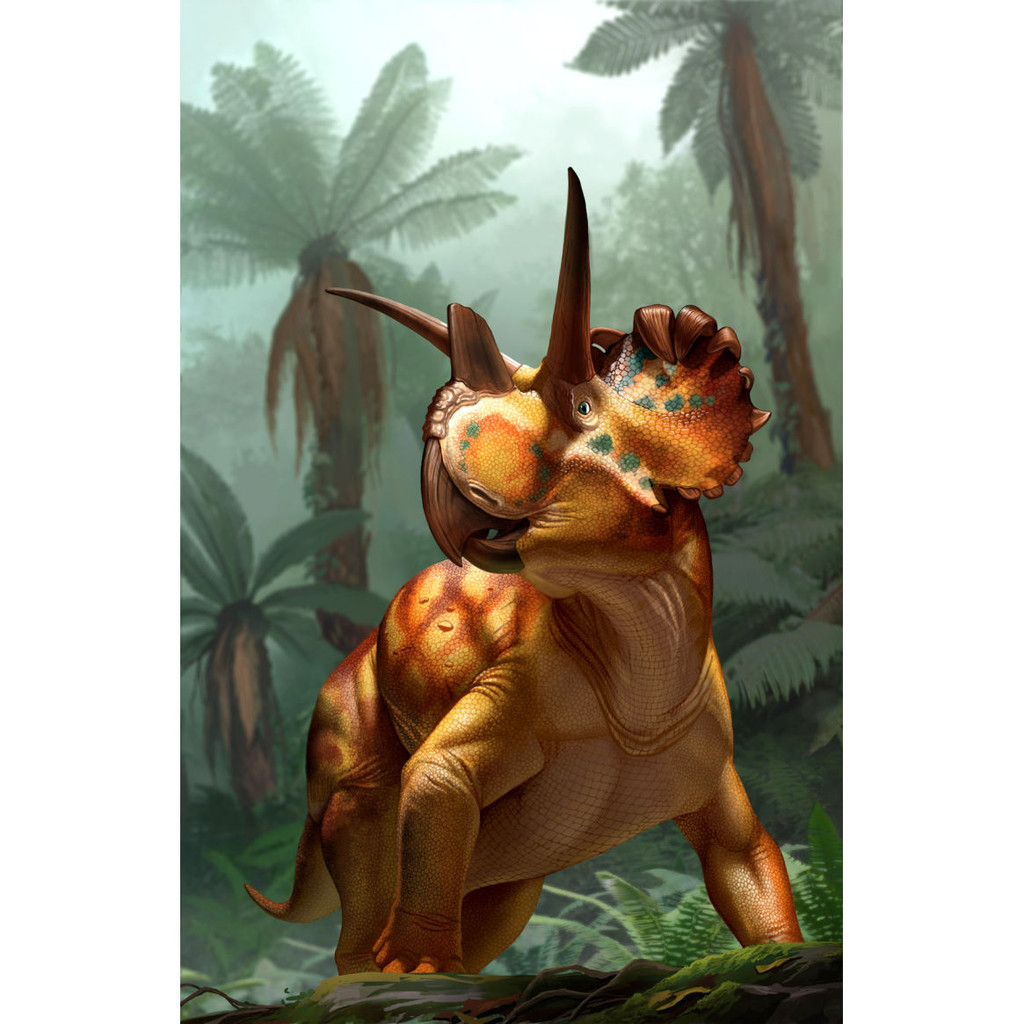 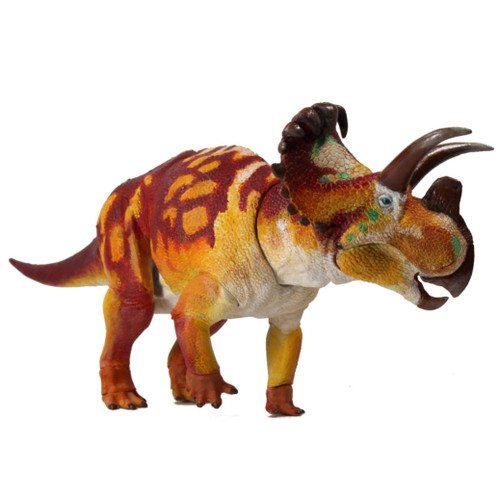 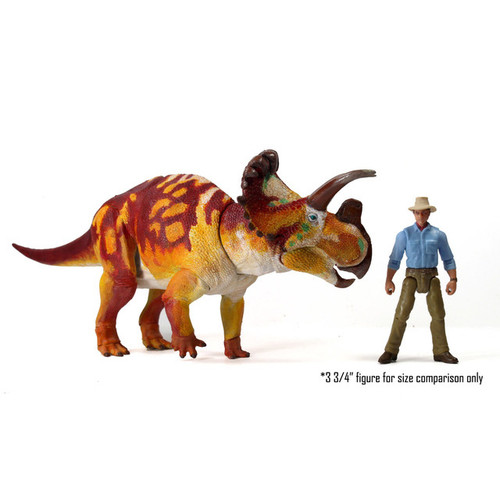 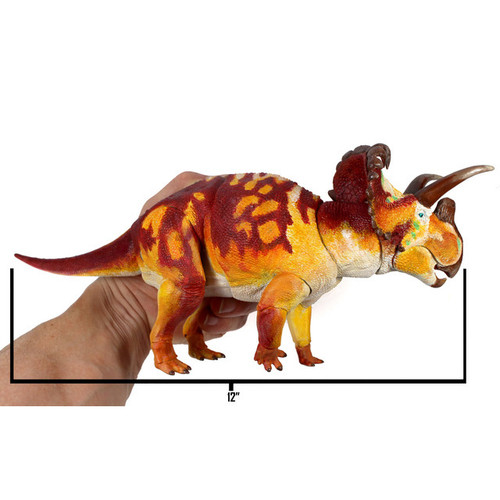 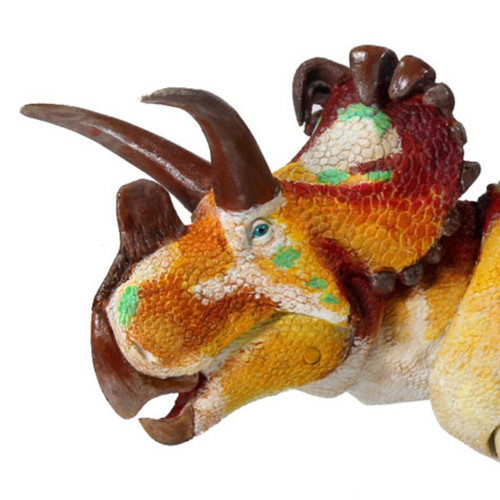 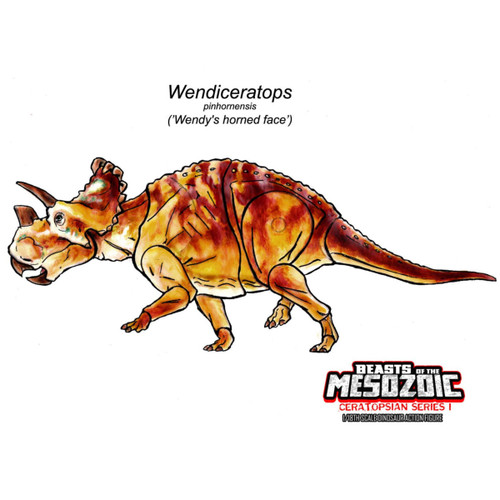 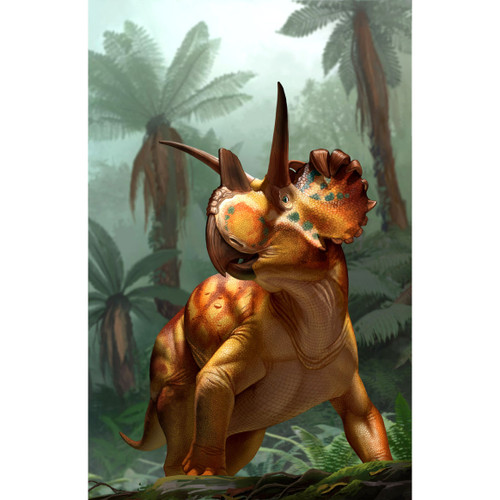 The Wendiceratops Pinhornensis by Creative Beasts Studios is an impressively sculpted large and heavily built ceratopsian (or horned dinosaur). It has been painted orange, yellow and auburn red with a cream underbelly, while its face and neck frill feature some green spots. It features two long, curved horns between its eyes, one blunt horn on its nose, and several curled, brown horns on the top of its collar which are sharp and hooked making it a fierce opponent in any prehistoric battle. Scaly detailing is evident across its body from its beaked mouth, across its strong neck frill, all over its muscular body and legs, as well as down its tail. This ceratopsian has 20 points of articulation and is sculpted in 1/18th scale.