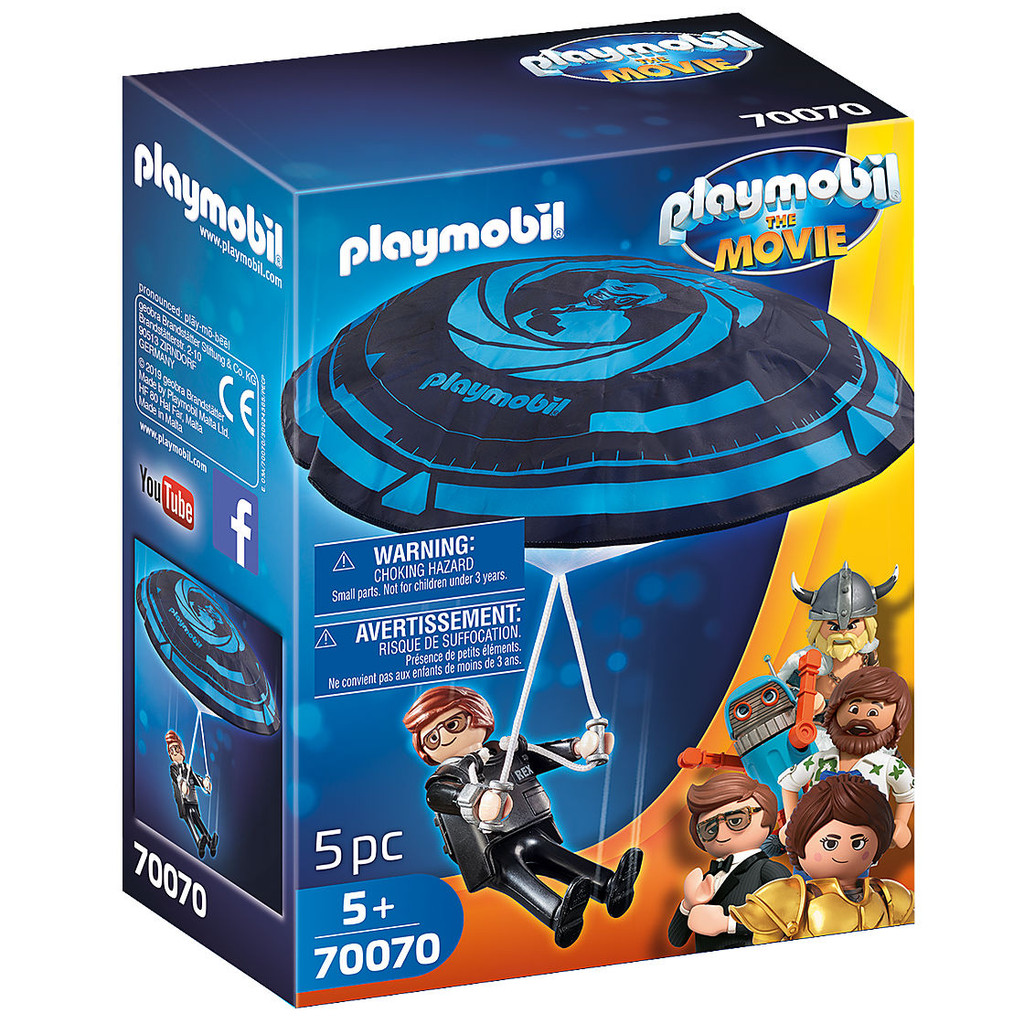 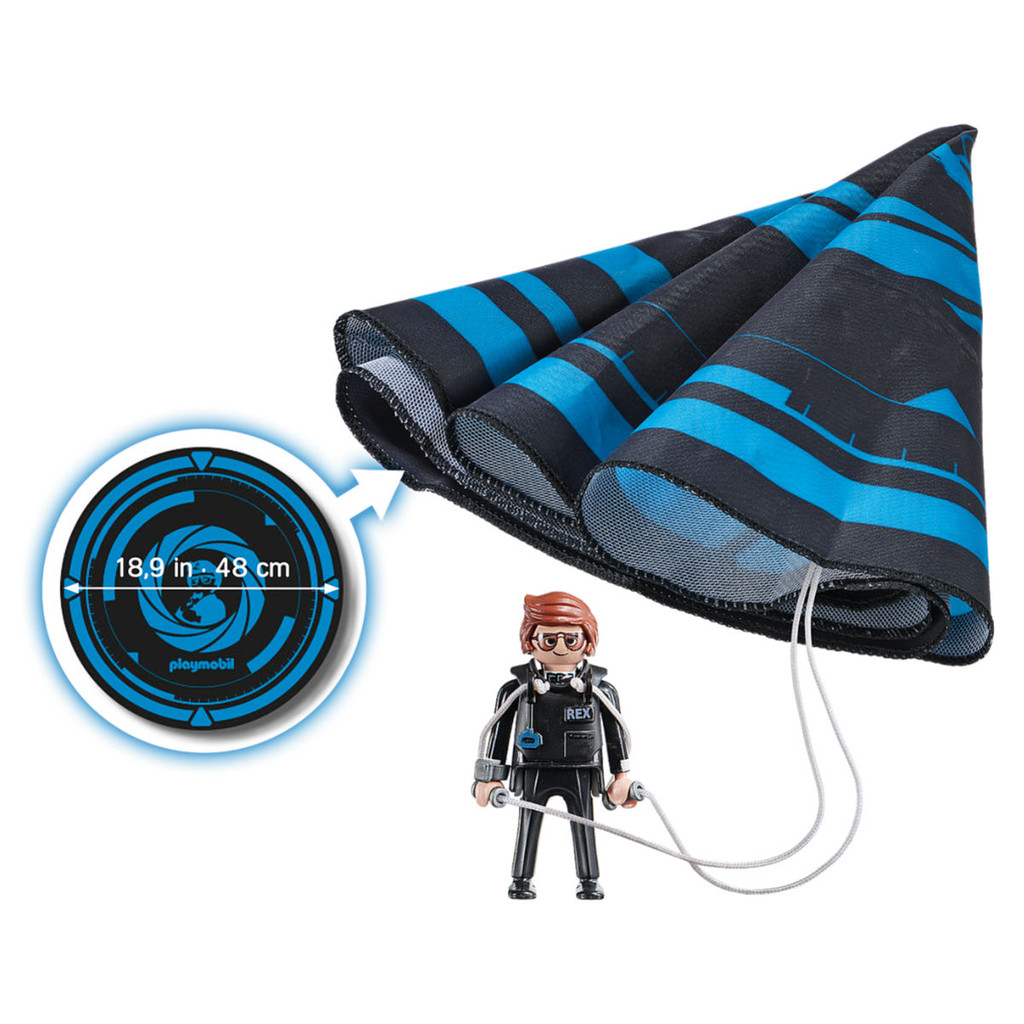 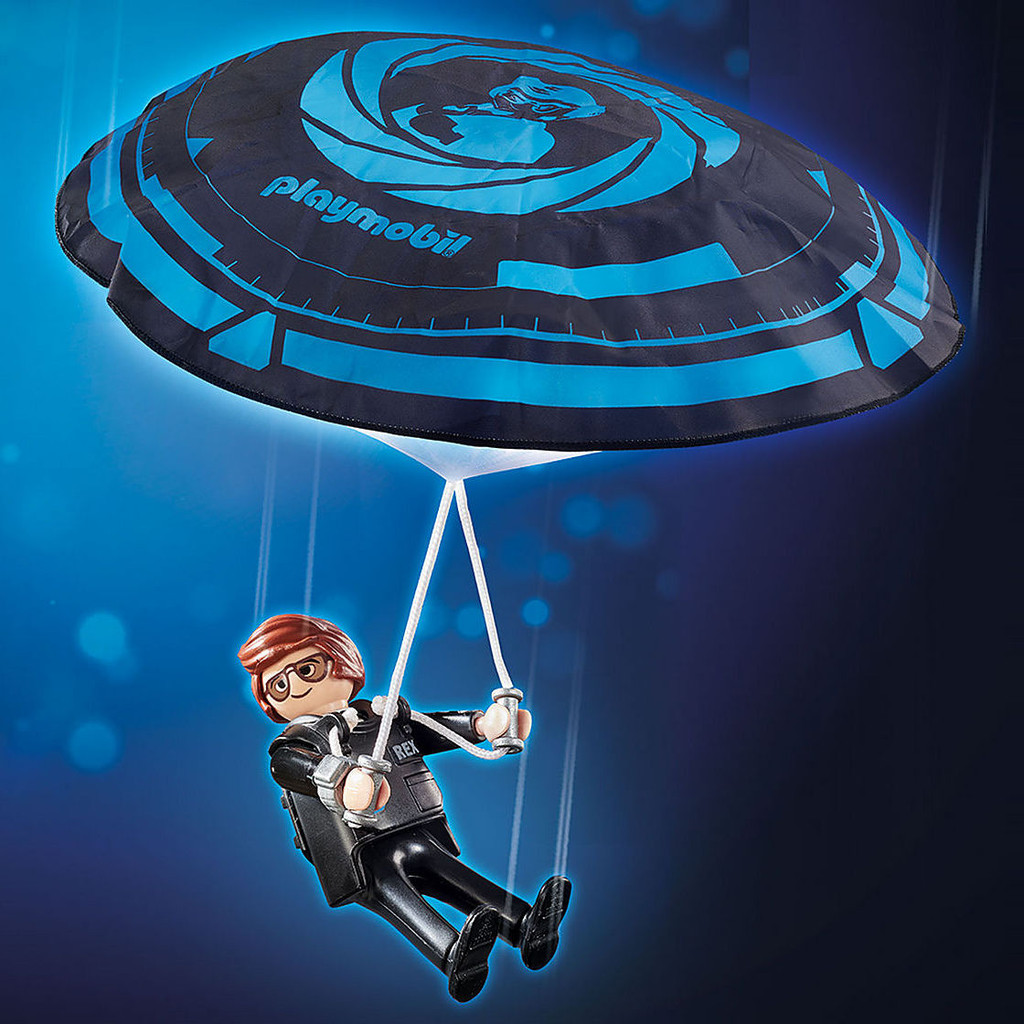 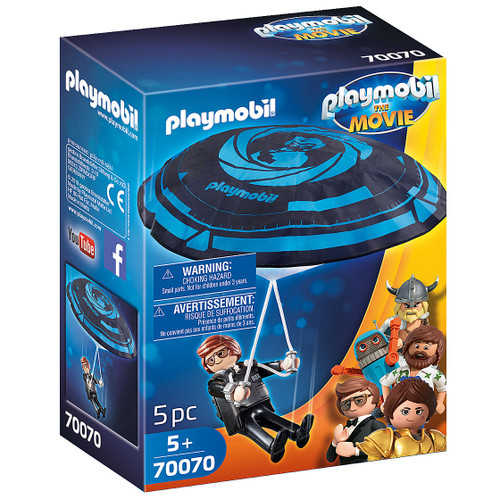 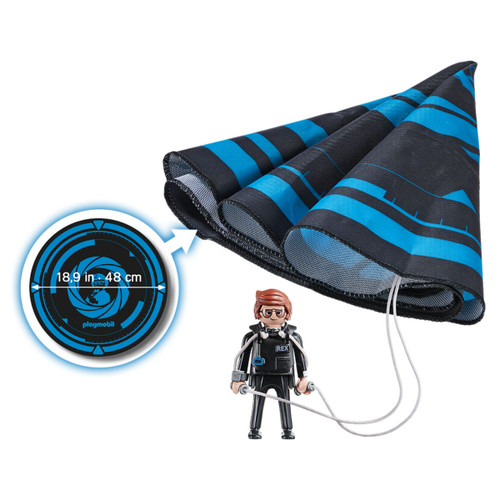 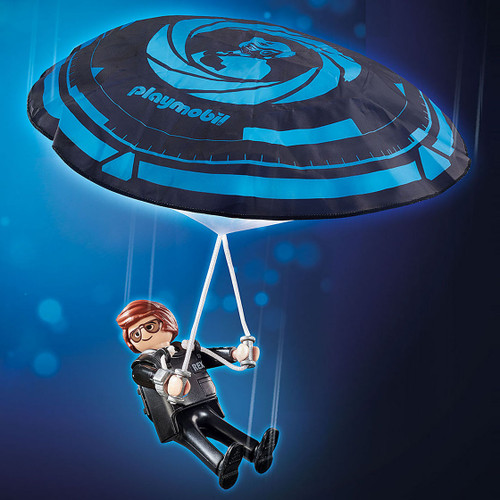 When her younger brother Charlie suddenly disappears into the magical, animated universe of PLAYMOBIL®, Marla embarks on the adventure of a lifetime to bring him home. Setting off on an incredible journey through new and exciting themed worlds, Marla teams up with various strange and heroic companions, including Rex Dasher, a suave and fearless secret agent; Of course, finding Charlie is just the thing for a clever secret agent like Rex. Will Marla and her friends succeed in finding her brother again?PLAYMOBIL: The Movie© is the first animated film inspired by the imaginative world of PLAYMOBIL® and takes the audience on an epic, funny and unforgettable adventure. Matching the cinema launch, there are nine cool game sets around the PLAYMOBIL® film.

The play set consists of film character Rex Dasher with special parachute. When the parachute with the figure is thrown into the air, it gently floats down again.

Recommended for ages 5+. Made from Plastic.

Playmobil: The Movie Emperor Maximus in the Colosseum

Playmobil: The Movie Marla with Horse

Playmobil: The Movie Robotitron with Drone