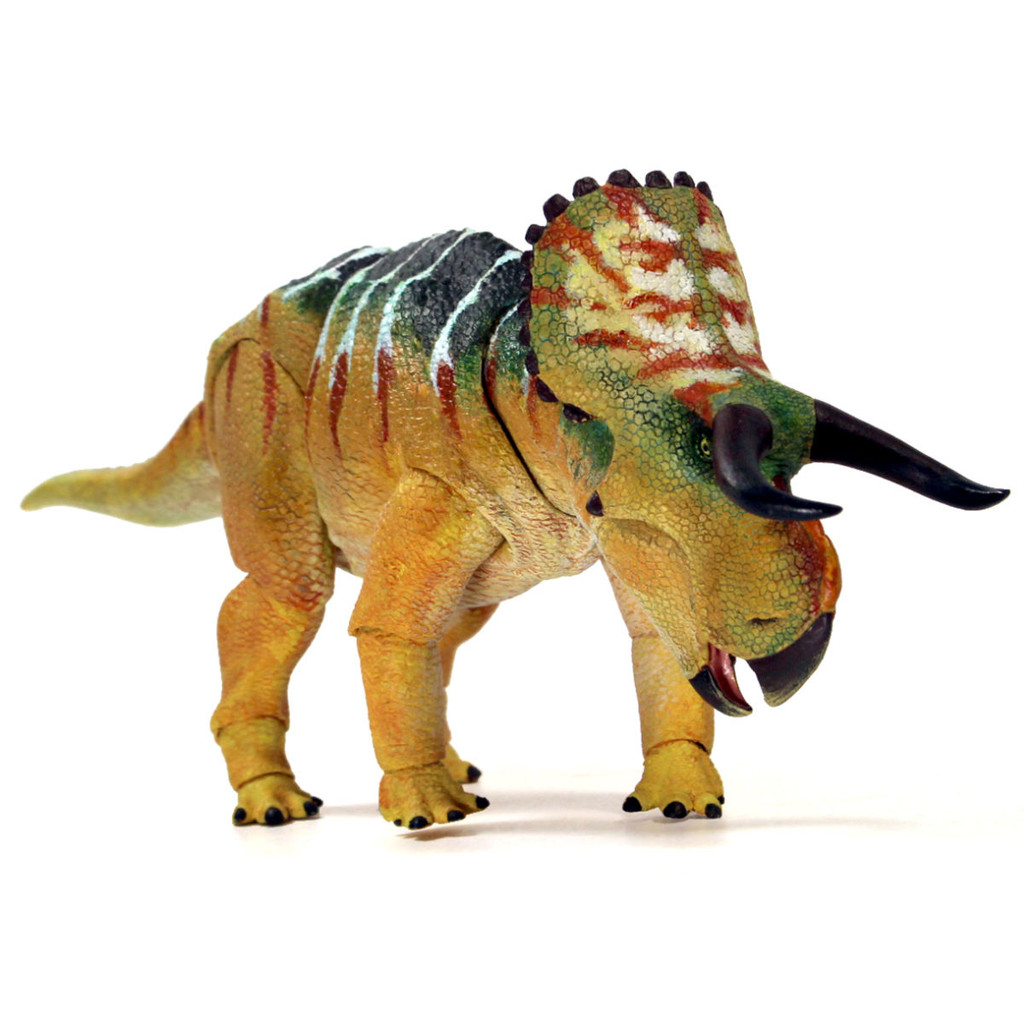 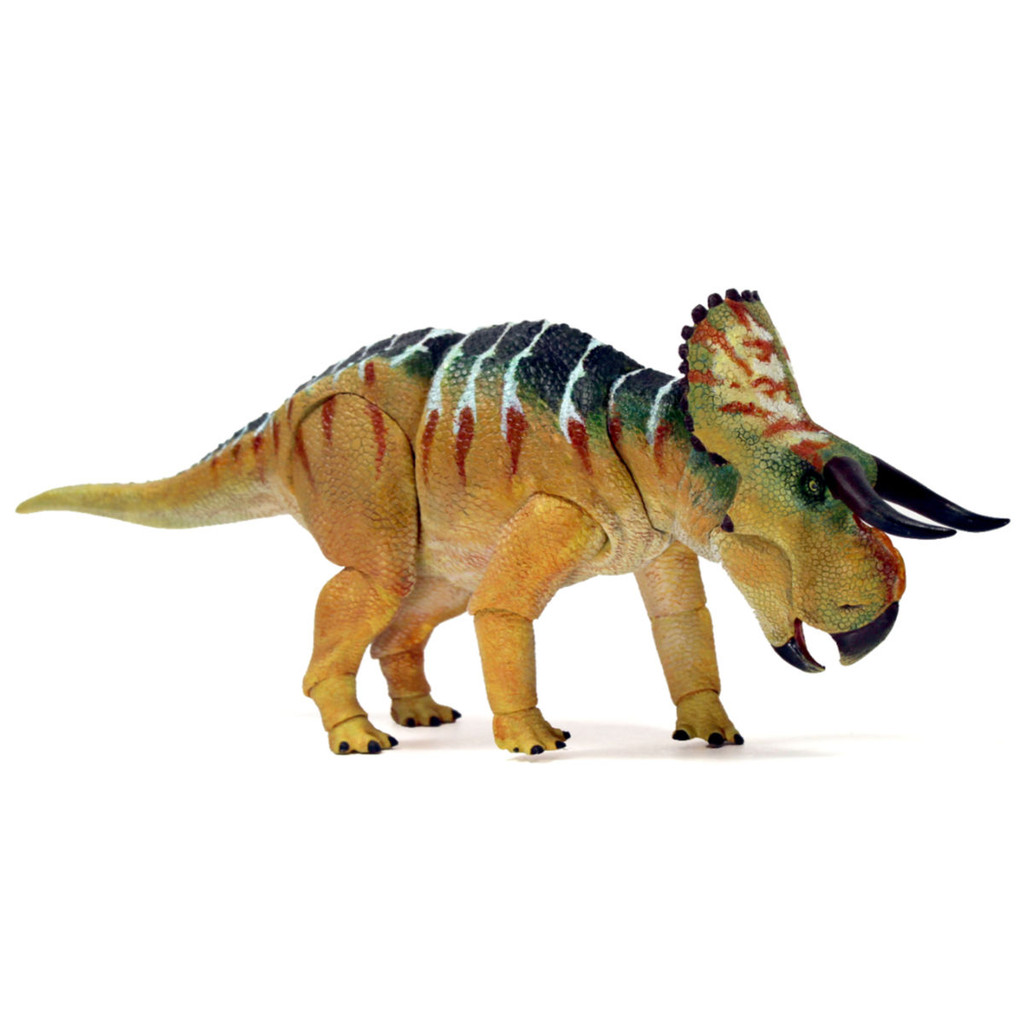 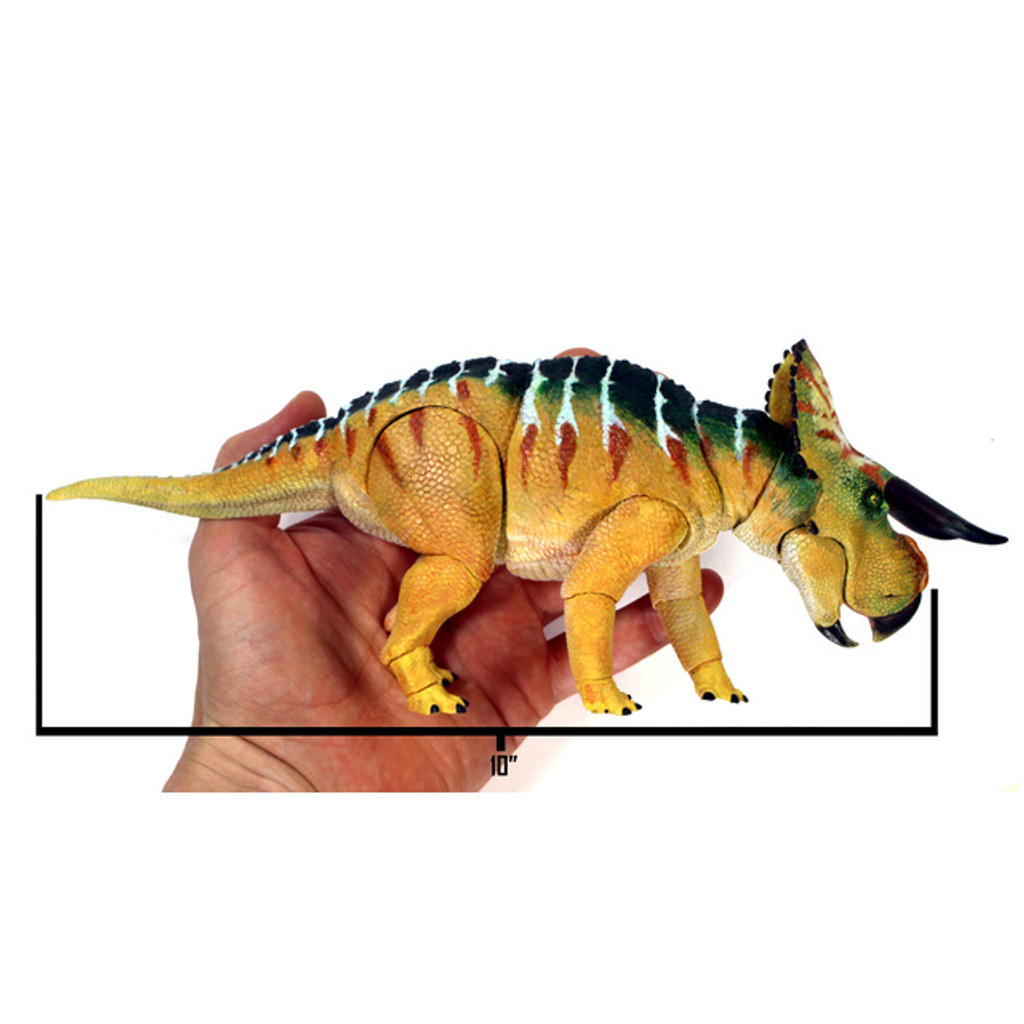 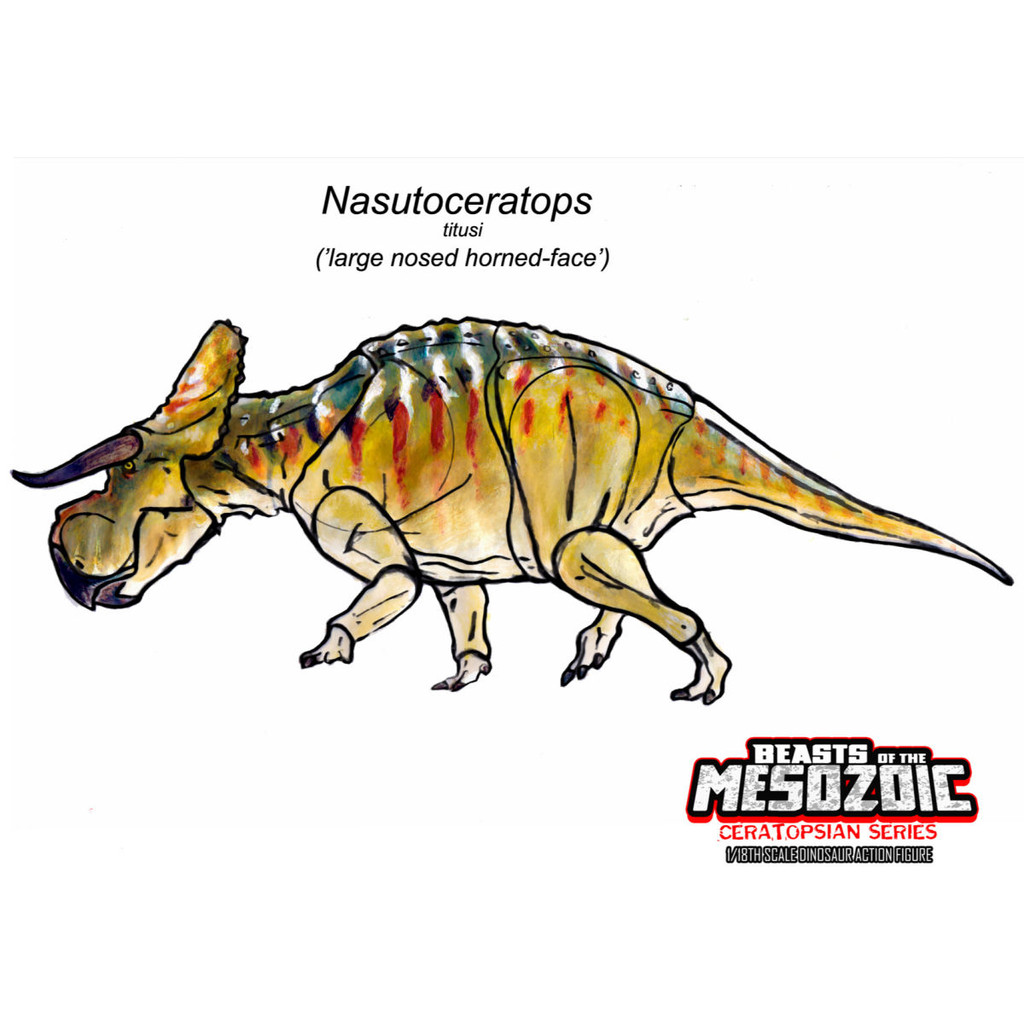 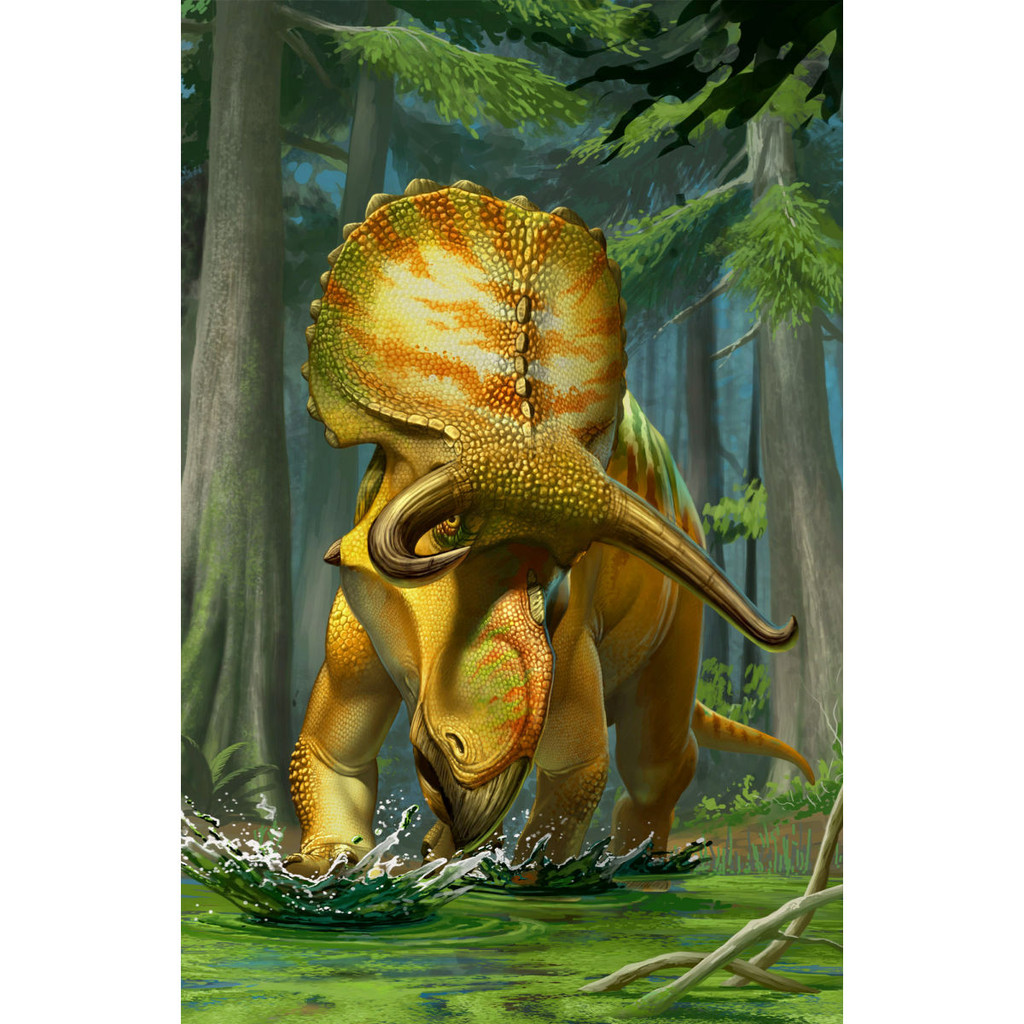 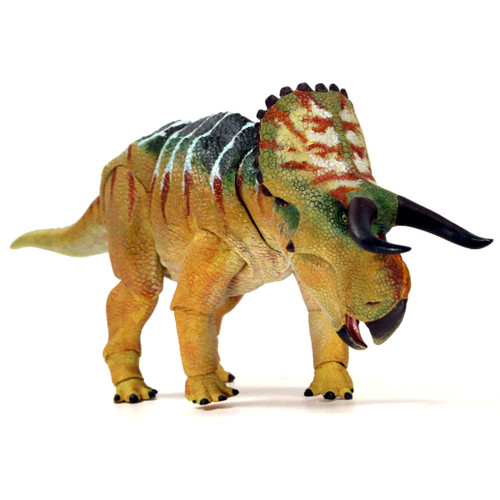 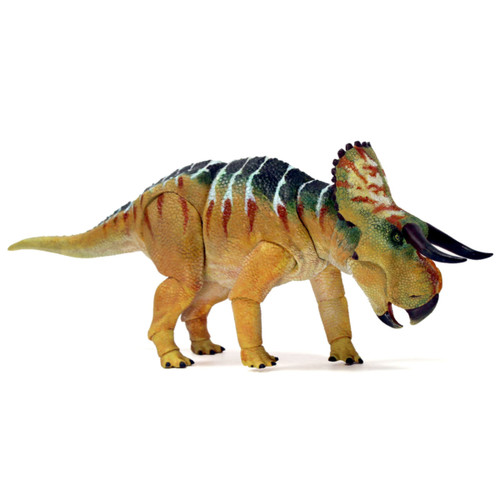 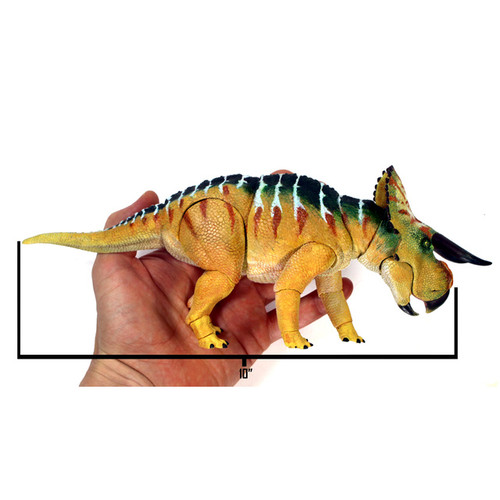 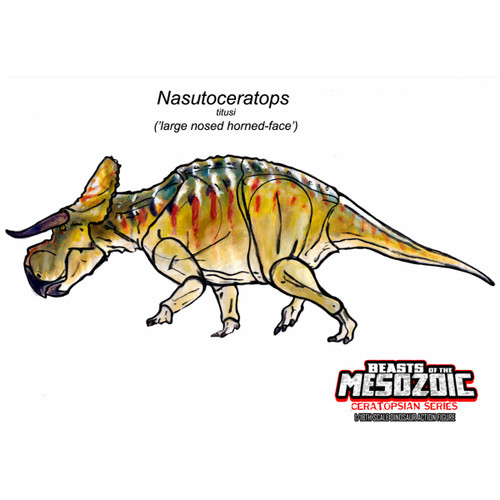 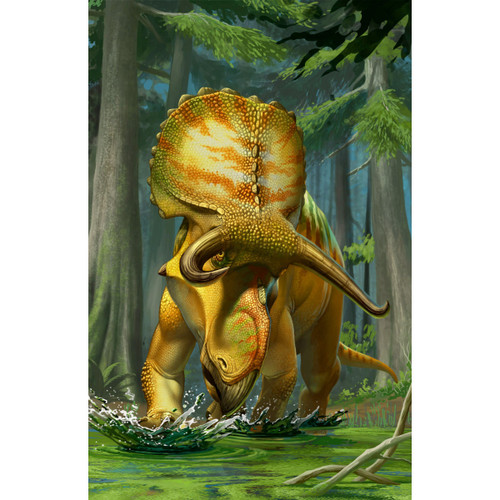 Creative Beast Studios’ Nasutoceratops Titusi is an impressively sculpted largeceratopsian (or horned dinosaur). It has been painted predominantly yellow, with stripes of white, red, green and black on the top of its back, head and neck frill, taking inspiration from the colouring of a baja collared lizard. It features two large, elongated, black horns above its eyes which curve slightly inward, ready to attack any oncoming opponent. Scaly detailing is evident across its body from its black, beaked mouth, across its strong and uniquely patterned neck frill, all over its muscular body and legs, as well as down its tail. This ceratopsian has 20 points of articulation, is sculpted in 1/18th scale, and comes in a window display box with unique background display insert.

Creative Beast Studios figures are collectible figurines. While they are really cool poseable models they should not be treated roughly or regarded as toys for young children. They include numerous removable PVC parts and POM sockets. Some components include an embedded wire for increased posing options. Recommended age 15+